The uncapped Liverpool youngster Trent Alexander-Arnold has been included in England’s squad for the summer’s World Cup after Gareth Southgate revealed a youthful 23-man party “which we can be excited about” for the tournament in Russia.

Alexander-Arnold joins a group boasting only 11 previous appearances at the finals, and only five survivors from Roy Hodgson’s squad which failed to emerge from the group stage in Brazil four years ago. Gary Cahill, recalled after his omission for the friendlies against the Netherlands and Italy in March, is one of that quintet and now finds himself the most experienced member of the travelling party with 58 caps. With an average age marginally over 26, this will be the third youngest squad ever selected by England for a World Cup.

There are places for Ruben Loftus-Cheek, who was capped twice in November and enjoyed an impressive year on loan at Crystal Palace from Chelsea, and Manchester City’s Fabian Delph, whose last cap came in November 2015. But Adam Lallana, who managed a solitary Premier League start for Liverpool all season and whose 16-minute cameo on the final afternoon represented a first involvement in six weeks, has only been selected among five standby players. As anticipated, there is no place for Joe Hart, Ryan Bertrand or Jack Wilshere, while Alex Oxlade-Chamberlain and Joe Gomez are injured.

“I believe this is a squad which we can be excited about,” said Southgate, who will welcome all but the contingent from FA Cup finalists Chelsea and Manchester United and Champions League finalists Liverpool to St George’s Park next Monday to begin preparations for Russia. “It is a young group, but with some really important senior players, so I feel the balance of the squad is good, both in terms of its experience, its character and also the positional balance.

“We have a lot of energy and athleticism in the team, but players that are equally comfortable in possession of the ball and I think people can see the style of play we’ve been looking to develop. The selection process has been over months really, it’s not just been the last few weeks. We feel the team are improving and we want to continue that momentum.” Only in 1958 and 2006 will England have travelled to the World Cup with a younger squad, with 11 of the final 23 boasting fewer than 20 caps.

Alexander-Arnold, who has made three appearances for the under-21s, had been invited to train with the senior squad ahead of the games against the Dutch and the Azzurri and has enjoyed an impressive season at Anfield. The 19-year-old has made the most of the absence through injury of Nathaniel Clyne and Gomez for long periods this term, and played a key role in the eye-catching Champions League knockout victories over Manchester City and Roma.

Southgate has monitored his progress closely. “The first call up for Trent Alexander-Arnold is well deserved,” he said. “When we pick young players, it’s not just because they are young, it’s because their performances deserve it. We’ve also had a couple of injuries with Alex Oxlade-Chamberlain and Joe Gomez, which is a huge blow for them personally and disappointing for us.” Alexander-Arnold offers back-up to Kieran Trippier and Kyle Walker at right wing-back, and could be utilised in midfield if required having featured there for Liverpool.

The Fiver: sign up and get our daily football email.

The teenager, along with his club-mate Jordan Henderson, will only link up with the squad after the friendly with Nigeria next month, with Southgate insistent his players enjoy a week’s break after the end of their club seasons. The Football Association’s medical staff are confident the knee injury sustained by Trippier against Newcastle earlier this month, which sidelined him on the final day of the season, will not hamper him in Russia, and will assess him again when he joins up with the squad next week.

Southgate has spent time this week speaking with those players who did not make the final cut and, while Wilshere has not played for his country since the Euro 2016 defeat to Iceland, there were difficult conversations with Hart and Bertrand, who had played a significant part in qualifying and would have expected to be involved.

“Ryan and Joe have played a lot over the last two years so they’re not decisions we took lightly,” said the manager. “I could’ve had easier conversations by keeping them involved. With Joe, we’ve got three other goalkeepers who have had very good seasons and the decision I was faced with was: do I keep Joe in and have experience around the group? Or give the three guys who have basically had a better season a chance? We felt the players all needed to be in on merit after their performances this season.

“Ryan is also very unfortunate in that it’s probably one of the strongest positions we have. Ryan has had a decent season but I just felt the others were ahead of him. Both calls were really tough. They’re both good guys and have contributed a lot throughout qualification, so it wasn’t an enjoyable part of the job and I feel it’s important to acknowledge their contribution in getting us to Russia.”

Neither has been included on the five-man standby list, with Lallana joined by Burnley’s Tom Heaton and James Tarkowski, Lewis Cook of Bournemouth and West Brom’s Jake Livermore. They will join the squad at the training camp next week in the hope that an opportunity still presents itself, with Lallana to be promoted to the 23 if any of England’s forward options succumbs to injury in the next few weeks.

“History tells us that one of those standby players may end up in the squad, as it’s very unusual for us to get through the end of the season and our two preparation games without any issues,” added Southgate. “All of the guys on standby have been really professional in their approach to this. They recognise there’s still an opportunity and we’ve had a lot of conversations over a period of time with them about their situation.” 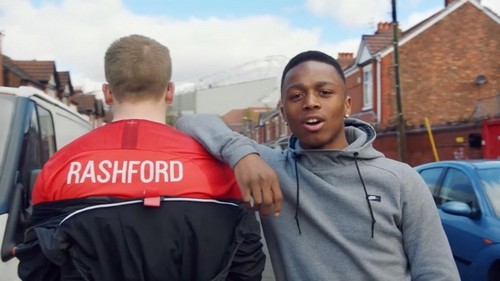 For the nation, by the nation. The #ThreeLions’ official @FIFAWorldCup squad announcement. pic.twitter.com/YecUWPUZfJ

Exeter should not be underestimated despite big names of Saracens