Jose Mourinho is clearly leaving no stone unturned as he looks to give Manchester United the edge against Tottenham on Saturday.

Earlier this season the club relaxed their policy regarding players spending the night before home games at the Lowry but the first team stars were all spotted checking in on Friday night.

Eric Bailly, who looks set to return to the side against Spurs, was pictured arriving alongside a club official. The likes of Romelu Lukaku, Henrikh Mkhitaryan and Marcus Rashford also delighting fans waiting outside the Manchester city centre hotel by waving for their cameras. Luke Shaw was conspicuous by his absence. 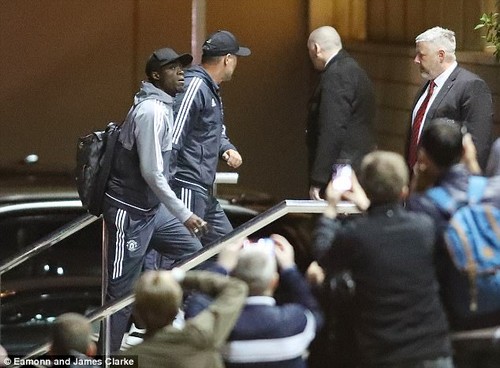 Eric Bailly, who looks set to return to the Manchester United side, checks in at the Lowry Hotel 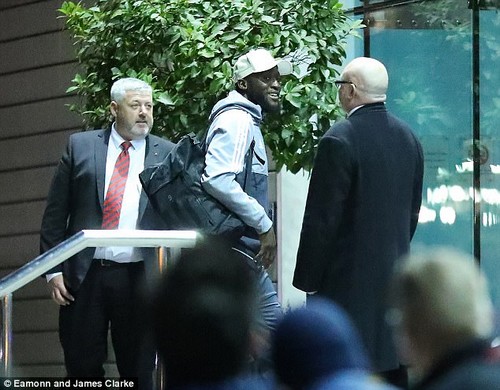 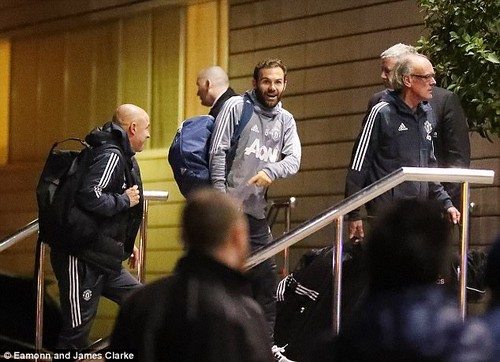 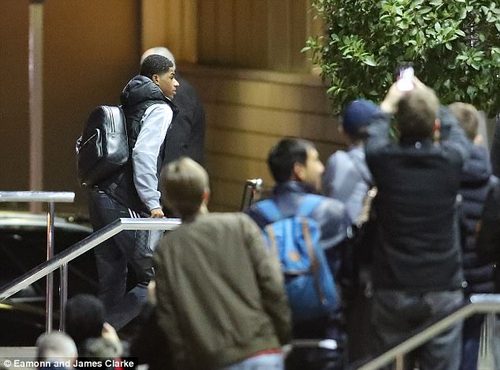 Bailly faces a late fitness test ahead of Saturday’s game but Phil Jones is fit enough to return to the United squad.

Bailly, who formed a strong partnership with the England defender at the start of the campaign, missed the last two league games with a groin strain, but Mourinho is hoping he will be fit for Spurs after returning to training this week.

‘Jones is good, he was on the bench on Tuesday, so he is really ready,’ Mourinho told a news conference on Friday.

‘Eric, let’s see, he’ll have one more training session, but he is the only one I hope from the injured group that can be ready.’ 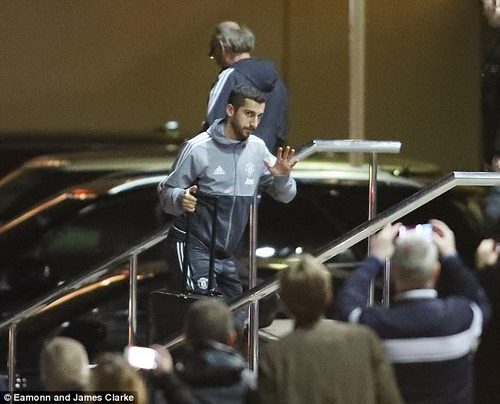 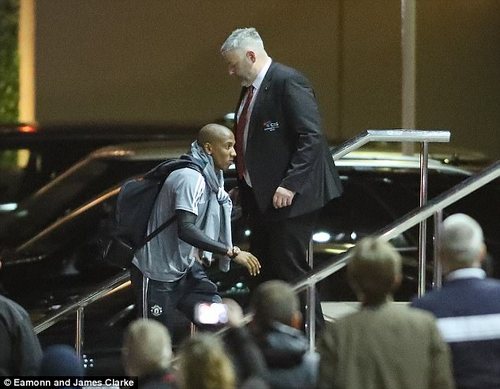 Spurs will be without striker Harry Kane, who has a minor hamstring strain, and Mourinho refused to comment on whether being without their top scorer would hurt Tottenham’s chances at Old Trafford.

‘I don’t speak about injured players, so don’t ask me about Harry Kane,’ the Portuguese added, before listing United’s own lengthy injury list.

Third-placed Tottenham, who thumped Liverpool 4-1 at Wembley last weekend, are level on 20 points with second-placed United after nine games.