Kvitova has woken up now, and has stormed into a 3-0 lead in the second set. 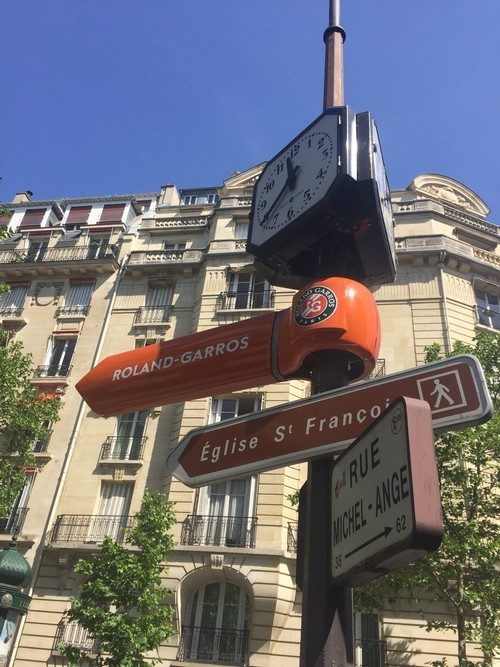 Wawrinka fighting out a real battle to hold serve in the first game of the second set. The arsenal still contains some heavily artillery but he is running into problems when being asked to chase the ball. And he holds serve.

Kvitova is equally in the wars, and took a ball to the mush just when she was looking to break Cepede Borg. She held on, to take it and is now 2-0 up on the Paraguayan.

Garcia-Lopez smells blood and devours it, winning the first set 6-2 and serving the final game to 15 from Wawrinka. This has the look of a no contest, and the winning of the set was barely celebrated by the Spaniard. You would not get good odds on Wawrinka mounting a five-set comeback here; he will need a full set of working legs to do so.

That bravery doesn’t stop him being broken again to go 5-2 down. Meanwhile, another big name is in trouble. Kvitova lost the first set 6-3 to Cepede Boyg.

Really gutsy stuff from Stan, who is grimacing in pain each time he hits the ball.

Wawrinka has responded well to teatment and is back on, and wins the first point of his resurrection.

Wawrinka stricken here, and it looks like a repeat of the serious knee problem that kept him out until the Australian Open.

Garcia Lopez held his serve, and leads 4-2 in that first set. Wawrinka looking anything like Happiness Stan at the moment. Looks like he has a calf problem. It was made apparent by reaching for a ball that bounced very low. The physio has been requested at deuce.

Let’s have a recap on some of yesterday’s stuff. Konta didn’t take this well, blaming the media and Uncle Tom Cobley, stopping short of blaming Loris Karius for her demise.

The big news so far is that, Stan Warinka, the 2015 champion, is in some early bother against Guillermo García-López, who is a break up in the first set, and leading 3-2. Kvitova versus Cepede Royg is going with serve at 2-2.

Bonjour all, so what do we have here at Roland Garros today? In short, a wealth of big names, including Rafa Nadal beginnning his bid for “la Undécima”, and he plays last on the show courts, after Novak Djokovic and “Woz”. Richard “Pamela” Gasquet leads the charge for the home contingent, while there is a smattering of plucky Brits. Heather Watson and Cameron Norrie, GB’s number 3, hope not to be on the Eurostar home this evening.