A video has been doing the rounds in the last couple of days showing the moment when Fagner, a defender for Corinthians, is waiting to discover whether he has been named in Brazil’s squad for the World Cup. It is lovely to see. Fagner is with his family – lots of family, mostly wearing that famous yellow kit – but standing apart, listening to the names being announced, one by one, on television. If he looks nervous it is understandable bearing in mind his whole career, at the age of 28, has brought him only four caps. He has clearly not had any advance warning. And then, finally, it is his name read out and, amid the screams and the hugs, we see what it means for a footballer to be selected for this tournament. 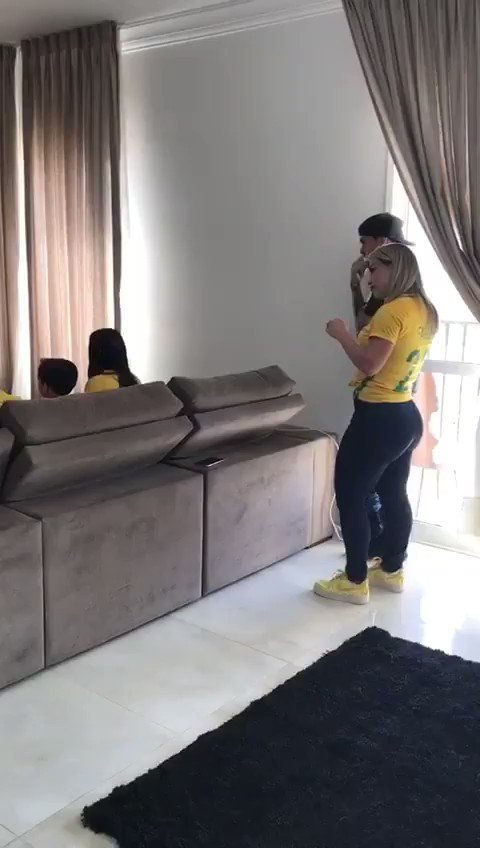 Unfortunately, nobody had a video camera on Trent Alexander‑Arnold when he discovered that he will also be in Russia this summer but it is safe to assume it was a similar kind of euphoria. Jürgen Klopp, the Liverpool manager, gave him the news after an early‑morning telephone call from Gareth Southgate. Liverpool’s players were catching a flight to Marbella for a warm-weather training camp and Klopp approached the 19-year-old defender on the bus taking the players across the runway at John Lennon airport. “What are your plans for the summer?” Klopp wanted to know, wearing a smile that revealed he knew the answer.

The plane had just touched down in Málaga when the Football Association announced England’s squad and in the absence of any controversy – and let’s face it, the absence of Jack Wilshere and Jonjo Shelvey is hardly up there with Paul Gascoigne trashing Glenn Hoddle’s hotel room in 1998 – the inclusion of Alexander-Arnold should be a reminder that these are, in essence, special moments for the players who have made the cut.

Alexander-Arnold, brought up just down the road from Liverpool’s training ground, has a Champions League final coming up on Saturday week. After that, he will be going to a World Cup, as the youngest player in Southgate’s squad. England have now taken a teenager to their last four major tournaments, a run featuring Marcus Rashford at Euro 2016, Raheem Sterling and Luke Shaw for the 2014 World Cup and Alex Oxlade‑Chamberlain and Jack Butland at Euro 2012.

Klopp kept it relatively low-key and understandably so, perhaps, when Adam Lallana, another Liverpool player, has been left out on the back of an injury-disrupted season. Ideally, Southgate would have liked Lallana in his starting lineup but the England manager concluded it would be difficult selecting someone who has started only three games all season. Southgate was tempted but his decision-making throughout this whole process has been guided by the principle that if a player was not involved for his club side he should not expect to be selected for his country.

Southgate made that very point in one of his first meetings with the England players and, barring the odd exception, he has stuck by it during his 20 months in charge. His choices will always divide opinion – this being a nation of roughly 50 million England managers in every World Cup year – but at least it makes a change from the days when someone in his position could be guaranteed to pick their favourites come what may.

Of the 23 players heading to Russia, John Stones, with two Premier League starts since 20 January, can count himself slightly fortunate on that front. Equally, could anyone muster a reasonable case for the omission of the Manchester City player?

John Stones is perhaps fortunate to be included after falling out of favour at Manchester City. Photograph: Dave Shopland/BPI/Rex/Shutterstock

Danny Rose might also consider himself lucky to get the call ahead of Ryan Bertrand after an in-out season for Spurs. Likewise, it is not so controversial that Southgate should expect an interrogation on the subject when he holds a news conference at Wembley on Thursday.

As for Gary Cahill, he had been vulnerable after falling out of favour at Chelsea, meaning he was left out of England’s games against the Netherlands and Italy in March. Yet Cahill’s return to the Chelsea team has been timed well and, with 58 caps, his experience counts in his favour bearing in mind the lack of tournament knowhow among the squad as a whole. Together, the players chosen by Southgate have a total of 449 appearances, the lowest of any England squad for a World Cup since 1962, when Walter Winterbottom selected a group with 322 caps.

At least Lallana has made it on to England’s standby list. Joe Hart, on the other hand, does not even have that small consolation, with Burnley’s Tom Heaton the first reserve in case any of the three goalkeepers – Jordan Pickford, Butland and Nick Pope – has to withdraw before Fifa’s cutoff point on 17 June, the day before England’s opening assignment against Tunisia at the Volgograd Arena.

The Fiver: sign up and get our daily football email.

Wilshere is also completely out of the picture as far as Southgate is concerned, with Lewis Cook and Jake Livermore on the standby list of midfielders, and there was noticeably no mention of the Arsenal player when the FA asked England’s manager about the “tough phone calls” to the nearly men.

Southgate spoke at length about Hart and Bertrand but did not extend his sympathies to Wilshere. Hart and Bertrand, he pointed out, had been prominently involved in England’s qualification programme. Wilshere, in contrast, had not played for England since Euro 2016 and Southgate, harsh as it may sound, was being generous to call him on Tuesday to explain the reasons for leaving him out. Not every manager would have felt it necessary.

The downside is that England’s squad not only lacks an experienced goalkeeper, an elite centre-half and an inspirational captain but still hasn’t solved the problem of finding a natural playmaker – someone to take care of the ball, the old‑fashioned way.

That, however, is a problem for English football as a whole, not just Southgate, and overall it is difficult to argue too vehemently with his choices. Southgate will just have to hope Harry Kane, Sterling and his other mandatory first-team picks can play at the point of maximum expression. Though the danger, of course, is that we are now entering what English football knows as the metatarsal zone.