Two gay men have claimed that Ben Stokes saved them from a late night punch-up with a gang of homophobic thugs.

Kai Barry, 26, and Billy O’Connell, 20, say the England cricket star was defending them when he got involved in the late-night clash late last month.

Stokes was arrested on suspicion of causing actual bodily harm and spent a night in police cells after the brawl in Bristol which left a man hospitalised with facial injuries.

But now Kai and Billy say that he was simply stopping a tirade of abuse – which could lead to the cricketer being cleared over his involvement in the fight.

Stokes was arrested on suspicion of causing actual bodily harm and spent a night in police cells after the brawl in Bristol which left a man hospitalised with facial injuries. He is pictured on a different night out in Manchester 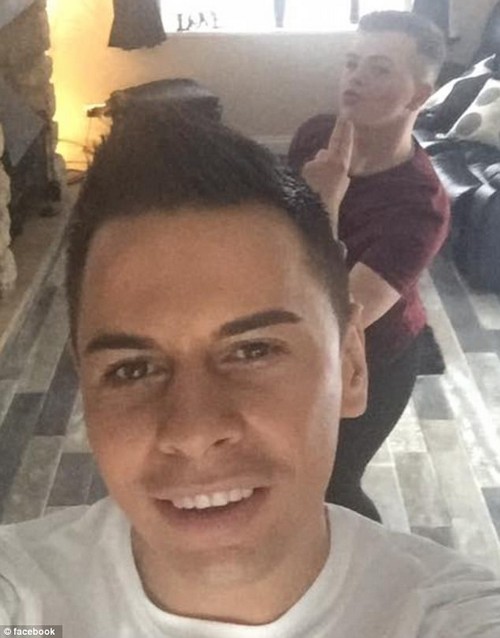 Kai Barry, 26, pictured front, and Billy O’Connell, 20, pictured rear, say the England cricket star was defending them when he got involved in the late-night clash late last month

Billy told The Sun: ‘We were so grateful to Ben for stepping in to help. He was a real hero.

‘Kai feared he could be attacked. If Ben hadn’t intervened it could have been a lot worse for us.’

Kai said: ‘I’m not a fighter and we didn’t want a fight. We could’ve been in real trouble. Ben was a real gentleman.’

The friends were enjoying a night in Bristol’s Mbargo nightclub when they saw Stokes and his England colleague Alex Hales, who were celebrating the team’s one-day win over the West Indies.

Former sales assistant Kai said he did not realise the ‘quite fit’ pair were famous as he partied with them into the night – downing Jagerbombs bought by Stokes.

But as the foursome were dancing together they claim to have heard someone using the homophobic slur ‘batty boys’.

Kai claims the fight ‘came out of nowhere’ and that Stokes ‘stood up’ for the pair.

2011: Stokes was arrested for obstructing a police officer

2012: Stokes sent home from an England Lions tour after he ignored a team curfew

2014: Stokes was ruled out of the T20 World Cup through injury after punching a locker

2017: Stokes earned a third demerit point for making an ‘inappropriate comment’. He received two in 2016 for similar verbal offences

Billy’s shirt got ripped in the melee as it ‘all kicked off’, The Sun reports.

Stokes – who is said to have injured his hand in the incident – was released pending investigation.

An English Cricket Board statement released at the time of the incident said: ‘Ben Stokes and Alex Hales will not be available for tomorrow’s One-Day International match against West Indies at The Oval.

‘Stokes was arrested in the early hours of Monday morning, 25 September, following an incident in Bristol.

‘He was held overnight and released under investigation – without charge – late on Monday and will not join the team in London.

‘Hales, who was with Stokes on Sunday night, did not train this morning and has returned voluntarily to Bristol today to help Police with their enquiries.

‘You will understand that we cannot offer further detail at this stage but will provide any updates when we can.’ 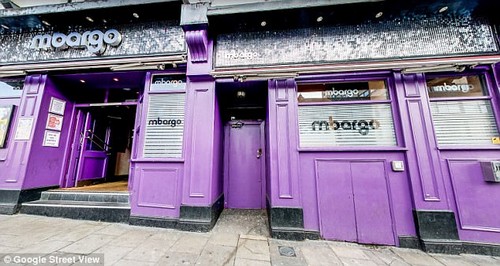 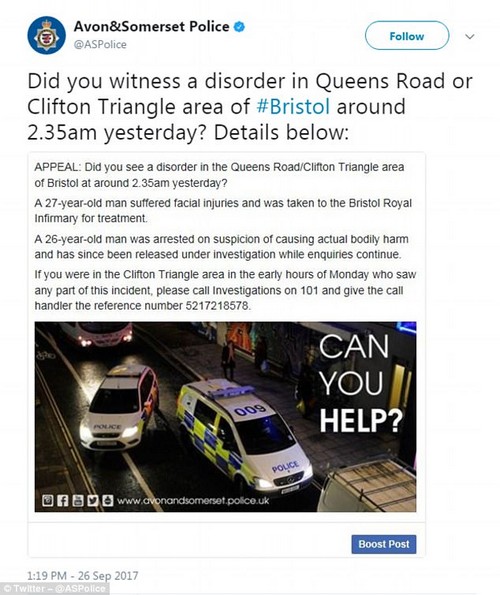 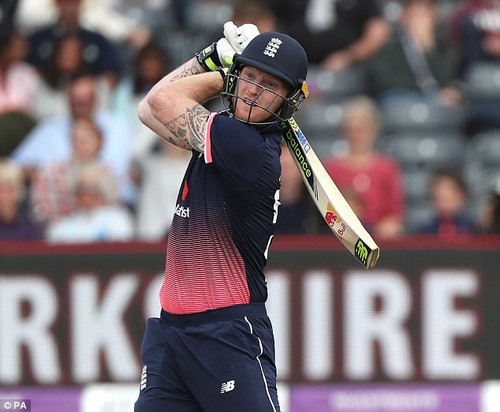 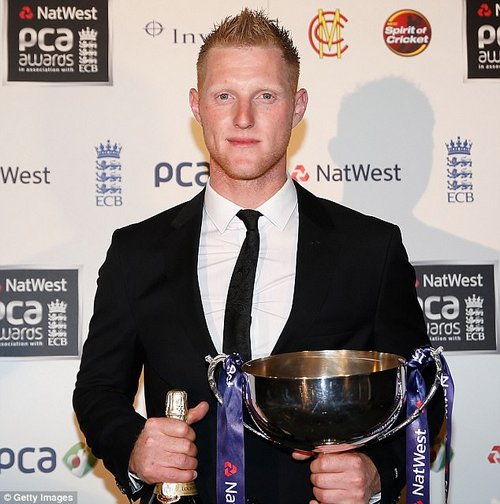 The England all-rounder was arrested after the incident in Bristol

Avon and Somerset Police later confirmed: ‘We were called to a disorder in Queens Road, Clifton at around 2.35am on Monday (25 September).

‘A 27-year-old man was found to have suffered facial injuries and was taken to the Bristol Royal Infirmary for treatment.

‘A 26-year-old man was arrested on suspicion of causing actual bodily harm and has since been released under investigation.’

Stokes was previously arrested in December 2011 for obstructing a police officer while out in Cockermouth, Cumbria. 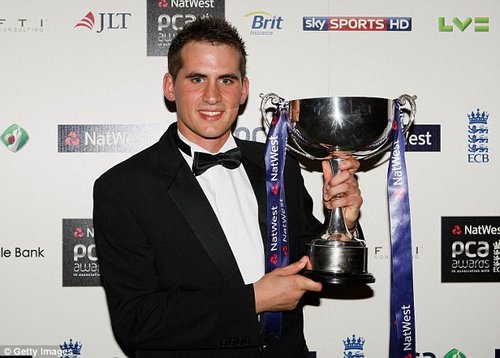 England one-day captain Eoin Morgan said: ‘It has been a little bit of a distraction. But there are always distractions, both as captains and as players, whether that’s within the group or outside the group.

‘One thing as a group that we are very strong at is sticking together as a side and working well as a team.

‘Certainly in the past the best thing we’ve always been able to do is to focus on our cricket, and this instance is no different. 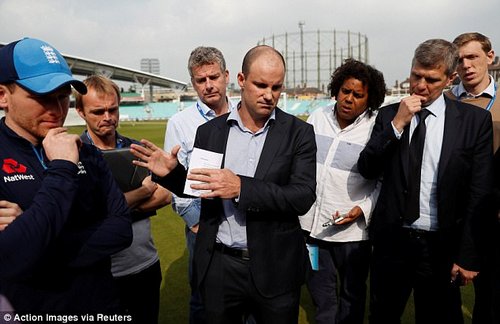 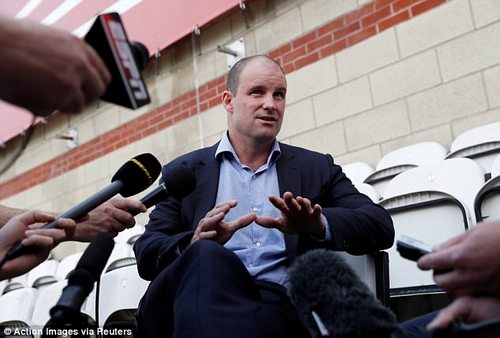 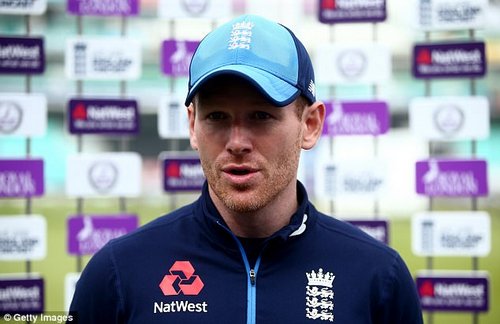 ‘There is a little bit of a distraction outside the team, and it has the potential to affect the game tomorrow. But not letting that happen is something we can strive to do.’

The news comes on the eve of England naming their touring party for this winter’s Ashes tour of Australia, but ECB director of cricket confirmed the incident would have no bearing on selection.

He said on Tuesday: ‘The selectors have been instructed to select the Ashes squad based on form and fitness as they normally would.’