If you like your drama a touch more immediate, John Brewin is on hand with a football MBM – the second half of the League One play-off final between Rotherham and Shrewsbury is afoot, and Rotherham are winning 1-0.

82km to go: The Trevi fountain looks nice and blue.

85km to go: At the end of this lap the GC race will be neutralised – all times will stand. What was a formality for Froome is now even more so.

87km to go: We could make jokes about Roman roads here, couldn’t we? A number of potholes and issues with the course’s quality seem to be what caused Froome, acting as a spokesman for everyone else, to pass on the riders’ wishes.

88km to go: Yep, that seems to be decision made all round. If I were outside now, and more specifically in Rome, I’d go and sunbathe for an hour or two.

90km to go: “Apparently they were unhappy with the transfer from yesterday’s stage and now they feel the course has too many dangerous spots (according to L’Equipe tv channel),” explains Fiona Fallon. Thanks Fiona; I guess they want to make sure that any sprint takes place without endangering maglia rosa contenders or anyone else.

91km to go: News! The riders have been hot in discussion and Froome, having a chat with the course directors, is outlining their wish for a neutralisation once they get to 22km from home – two laps to go. That basically means that those final kilometres will be a straight sprint and the GC will be over. So if we’re patient and hold on here, we’ll have some fun in an hour or so!

94km to go: Now Viviani, who we expected to be sprinting later, is in lengthy conversation with Froome. They’re discussing a neutralisation – it seems like the riders are rebelling a little here.

96km to go: There seems to be a bit of disquiet about the course here, among the riders, with conversations being had with the organisers who are driving alongside. Nothing’s changed yet. I think it must relate to exactly when, and how, this turns from a saunter into an actual race.

Mike Barron replies to Tom Shaw, and I’m staying out of this: “British? Yes he’s great cyclist developed by Teams Sky and GB, but that was down to him looking at where he’d get the support he needed to succeed. He’s a Kenyan who lives in Monte Carlo …”

98km to go: Froome and Dumoulin have been having a nice old chat throughout this. All very brotherly here.

.@NickAmes82 UCI should release +1 lion each time peloton passes the Colosseum. Then we’ll see who wants to sprint. #giroditalia2018

Are you not entertained?

102km to go: Still looking for your Giro highs and lows – there’s not a lot of racing out there just yet. My highs and lows probably both centred on Simon Yates: what an effort it was from him, but what a shame he couldn’t quite keep it up. Is he a good news story the sport badly needs?

104km to go: For what it’s worth, the maglia rosa group are stationed 2min 25sec behind the leading party as we speak. They’re currently whizzing past the Colosseum! 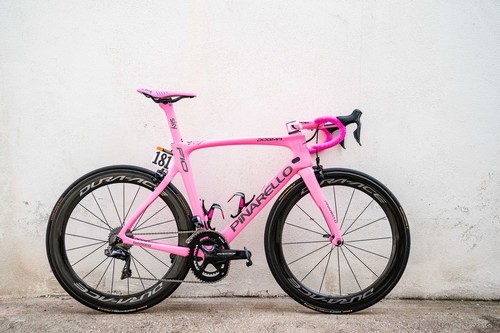 107km to go: There was some talk that Dumoulin refused to shake Froome’s hand yesterday; that was total nonsense, it has been confirmed. It’s not really been That Kind Of Giro at all.

110km to go: On Froome, and any doubts surrounding that ride two days ago – does anyone really think that, after all that’s happened and been said and done, he and Sky would do anything that compromised them now? I really don’t; I think any insinuations are well off.

111km to go: Isn’t Rome lovely? I haven’t been since one of those endless-summer interrailing trips in about 2003. This is whetting the appetite for a return. 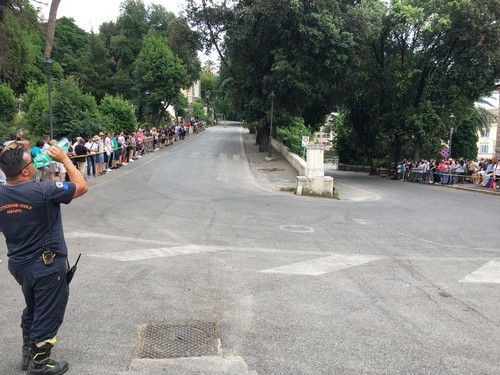 @NickAmes82 hairpin pin at the Giro. Overcast and wind getting up – what could go wrong? #Giro2018 pic.twitter.com/mRgEc3aJbk

113km to go: I’m sure we will see some racing here later on but for now it’ll be very much a few processional laps. Froome is being sprayed with liquids, boozy or not, from the sides and is currently clutching a pink wine vessel. I’m not suggesting he is drinking wine, in fact he’s just handed it back. But that’s the celebratory vibe we are working with.

Christopher Froome holds a glass of sparkling wine during the start of the 21st and last stage of the 101st Giro d’Italia. Photograph: Luk Benies/AFP/Getty Images

“Regarding Gary Todd’s comment on getting behind Froome,” begins Tom Shaw. “His sin, apparently, is to not have a ‘Personality’. Generally posted by people who would be screaming about what an arrogant tw** he was if he was anything other than the polite and inoffensive person he is. He’s by far the best cyclist Britain has ever produced and has a claim to be the top sportsman too.”

A reminder that your top three are (1) Froome (2) Dumoulin and (3) Miguel Angel Lopez, who capitalised on Pinot’s ailment yesterday. Richard Carapaz is 47 seconds behind Lopez but that’s going to be too much to alter the standings at the top. 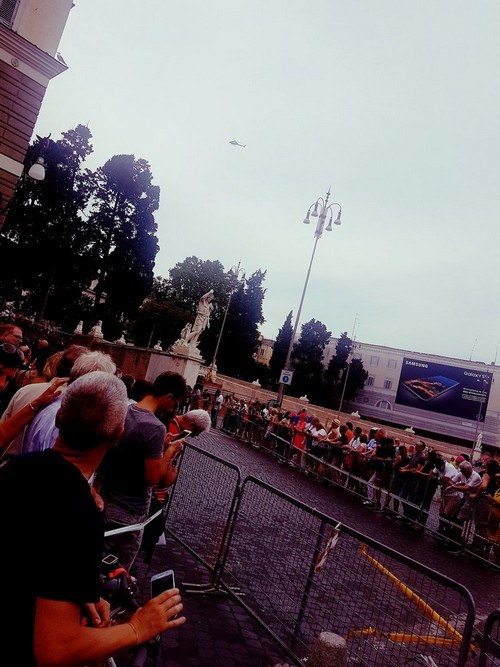 Nice. Any more on-scene snaps, send them in!

In about two and a half hours we will, surely, hail Chris Froome as the first British winner of the Giro.

Froome speaks now: “I’m lost for words, it’s such an emotional moment for me being in the pink jersey going into Rome. An amazing, amazing feeling.”

Tom Dumoulin speaks about his team-mate Sam Oomen, who is ninth in the maglia rosa standings and has had a brilliant Giro: “He’s amazing, a young and cool guy, laid back and a similar character to me. When I was his age I was walking into the same issues as him, sometimes making the same mistakes. He’s a really cool rider.”

Christopher Brown writes: “Stage 19 one of the greatest solo rides of all time. Equally impressive stage 20, to not only hold off Dumoulin, but to have the legs and the courage to attack at the end and claim the win. Hat doffed, Mr. Froome, hat doffed.”

Yes, it was really expert stuff from Froome yesterday. I don’t really think Dumoulin had it in him to attack with conviction but, when he did try near the end, he was seen off in style.

I believe Thibaut Pinot, who had such a sad, unlucky day yesterday and ended it in hospital, won’t be taking part today. He had dehydration and a fever, and it’s just not worth taking the medical risk of going out there again.

Here’s an email from Gary Todd, sent to me earlier, reminding British cycling fans that they should get behind Froome:

“Three points I make to these people. Both himself and Sky have been extremely stupid and careless. That said he’s hardly been taking EPO. For him to withdraw from cycling until the process is completed would let his supporters down and I would have have thought would be in breach of contract with sponsors. If you love cycling and you are British you must be mad not to think he is the greatest British sportsman of all time. If that is the case then get behind the lad.”

It’s effectively Elia Viviani vs Sam Bennett in the points classification, of course – that’s the most up-for-grabs battle out there today. Viviani has 306 points and Bennett 232 … will that be turned around? Should be some fun sprinting out there todau.

So I’ll open this up now, and hopefully your emails will come flying in: what has been your high point in this Giro, and what about your low?

Hello! Here we are for the Giro’s last knockings – it’s the last day in Rome, if you will, and it’s also the day that will see Chris Froome crowned winner unless something very, very odd indeed comes to pass. He is 46 seconds ahead of Tom Dumoulin and this, remember, is essentially a procession today for a man on the verge of something very special and, yes, controversial in some quarters: 10 loops of an 11.5km circuit around some of your favourite Roman sights.

So we may as well relax and enjoy, particularly as the TV direction during this Giro has often tended to favour snazzy shots of the surroundings ahead of the actual action. And of course we can discuss the highs and lows of a remarkable few weeks. Get your emails and tweets in: today’s cycling begins in around half an hour.