Iceland’s players continued their celebrations deep into the night after sealing a historic place at next year’s World Cup with a 2-0 victory over Kosovo.

Everton midfielder Gylfi Sigurdsson, who scored the opening goal in Reykjavik, joined his team-mates on stage in the city centre to enjoy the moment with thousands of fans.

Johann Gudmundsson sealed the win with a second-half strike, ensuring Iceland will become the smallest country by population to compete at a World Cup when they travel to Russia next summer. 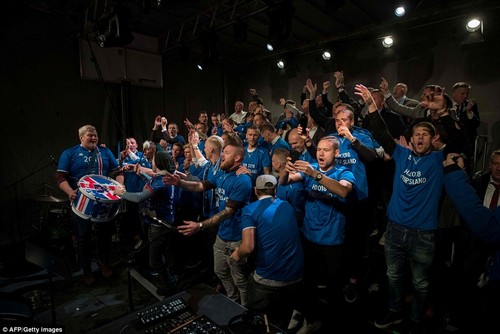 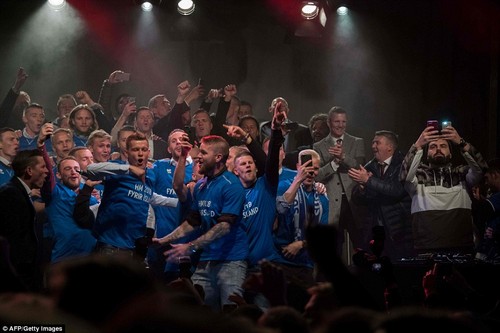 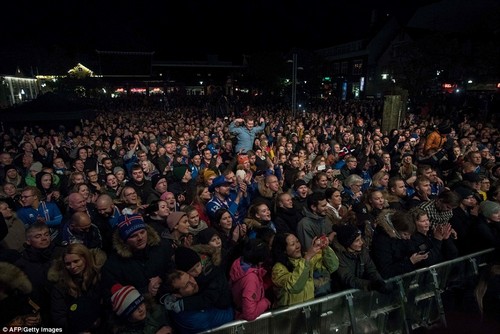 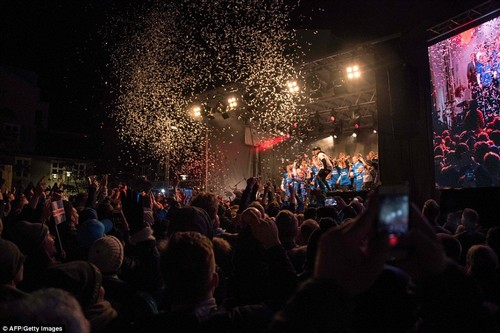 Confetti is fired into the air as Iceland supporters, players and staff celebrate securing a place in Russia next year 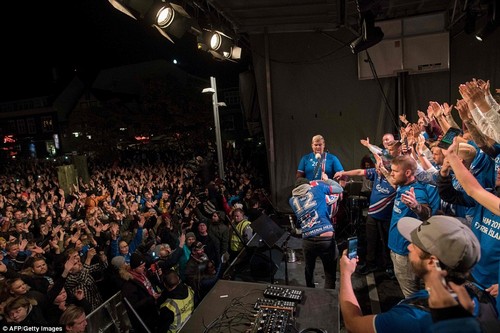 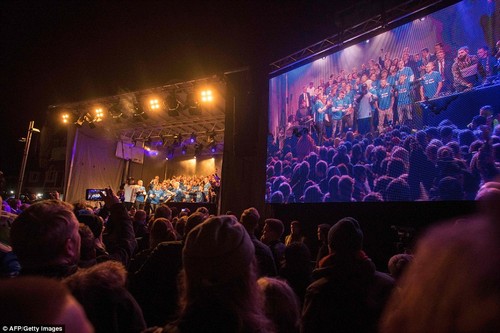 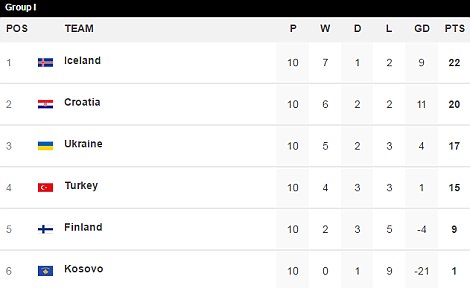 With just 330,000 people living on the island, Iceland surpass Trinidad and Tobago (1.3million population) as the smallest nation to reach international football’s most prestigious tournament.

After the game, a good number of the country’s football fans descended on Ingolfstorg Square to pay tribute to their heroes, who will be looking to build on last year’s impressive showing at the European Championship.

They watched on as Iceland’s players and staff celebrated reaching their first ever World Cup by singing and dancing on stage despite the bitterly cold weather in the country’s capital.

Led by captain Aaron Gunnarsson, Heimir Hallgrimsson’s men also joined their loyal supporters in a thunderclap – the celebration they made famous en route to the quarter-finals of Euro 2016.

Sigurdsson took to Instagram to share a dressing-room snap of him and his team-mates, captioning the photo ‘Road to Russia’ with a tick symbol alongside it.

Gunnarsson’s model wife Kris also posted on the social media site, uploading a photo of her wearing Iceland’s away shirt and holding a scarf along with the caption ‘We are going to Russia’. 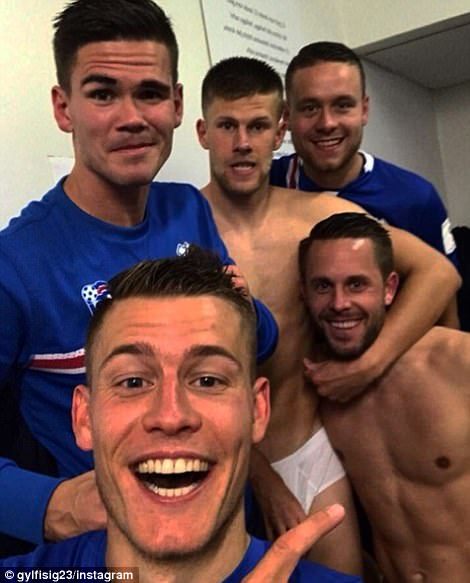 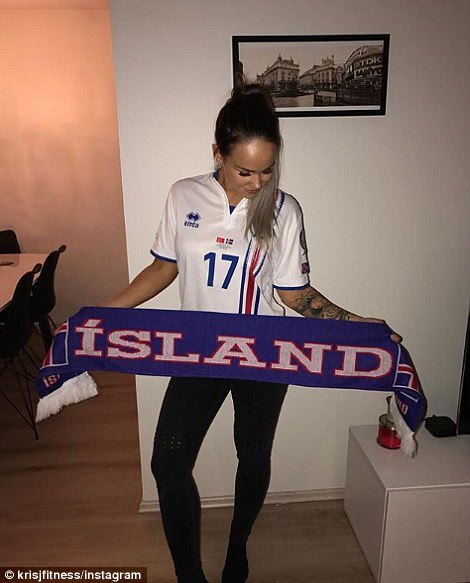 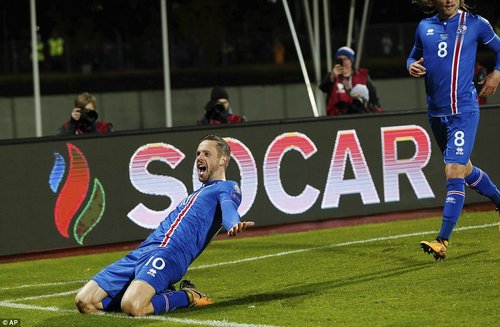 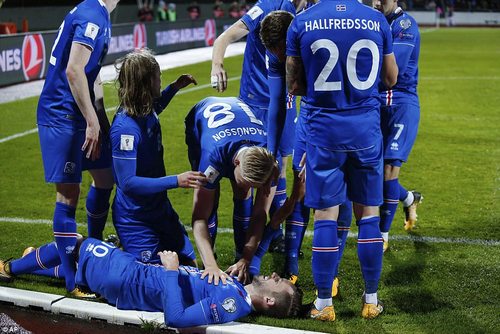 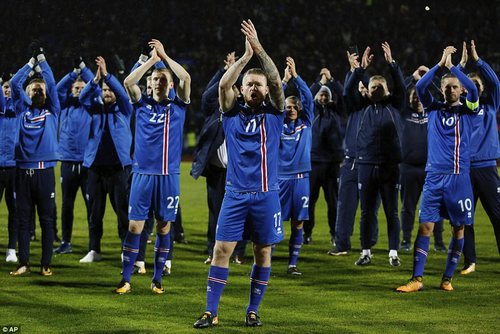 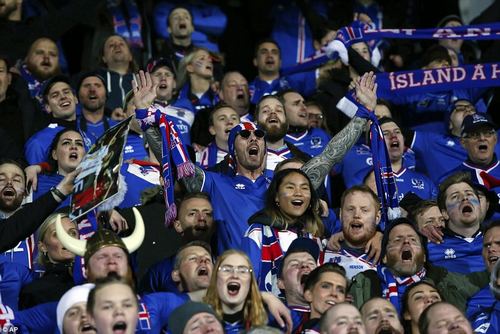 After making a big impression at Euro 2016, the Icelandic fans will look to do the same in Russia next year

Speaking after sealing a place in Russia, boss Hallgrimsson told FIFA.com: ‘After the Euro (European Championship), as everyone knows, Iceland had a big, big party.

‘And you know how it is the day after a party – it’s not always easy to get up and start work again. We knew we faced a big challenge in that respect.

‘The hardest thing was to get going again after France. The first beer after a party is not the best.

‘And what’s more we were in a group contested between Croatia, Turkey, Ukraine and Finland, who are much better than their position in the group would have you believe. The success is not an end in itself but a long journey towards a final destination.’

County cricket roundup: Nottinghamshire up to second after win over Essex