Jack Wilshere is enjoying his interchangeable role in Arsenal’s 3-4-3 system and feels the London club have improved defensively after adopting the formation.

The 25-year-old midfielder slipped down the pecking order at Arsenal after managing only 17 games in two seasons blighted by injuries.

He made 27 league appearances for Bournemouth on loan last season before returning to Arsenal and played his first full 90 minutes for them in three years in the 1-0 League Cup win over Doncaster Rovers last month. 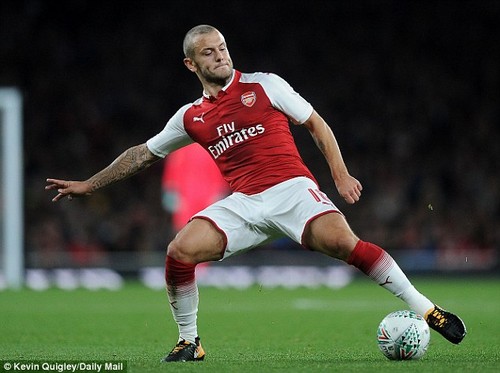 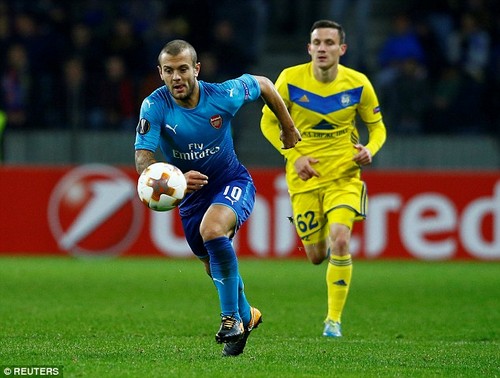 ‘I can play in the deeper midfield role, which I did against Doncaster, and then I went and played on the left,’ Wilshere told Arsenal’s website.

‘I say on the left, but the boss told me before the game that he wanted me to come inside, get in the pockets (of space). He didn’t want me to play as a left winger. It’s almost like a No 10 position if you like.

‘You can come into that position, and me and Theo (Walcott) were switching in the game. I’m enjoying both roles to be honest and looking forward to getting more minutes in both.’

Although Wilshere started the match out on the left, he was encouraged to find pockets inside

‘The boss decided to change the shape last year, it worked well and he’s stuck with it,’ Wilshere said.

‘We’ve improved defensively as a team. In that transition when we lose the ball, we want to win it back quickly, like the best Arsenal teams over the years.

‘The Invincibles were great at it because they’d lose the ball but then win it higher up and we’d be in a dangerous position,’ he said referring to the Arsenal team who went through the 2003-04 Premier League season unbeaten.

Arsenal, who have 13 points from seven games, travel to eighth-placed Watford in the Premier League on Saturday. 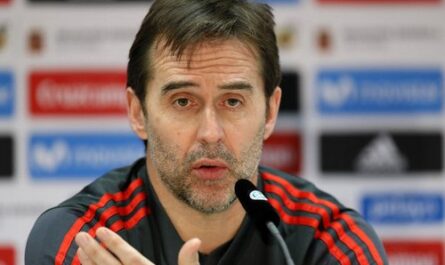 Harry Kane back in training ahead of Real Madrid clash