Joachim Löw will continue as Germany’s head coach despite seeing his side eliminated during the group stages of the World Cup.

The DFB confirmed on Tuesday that the 58-year-old, who signed a contract extension until 2022 in May, will remain in his post in spite of Germany’s shock exit in Russia, after defeats to Mexico and South Korea and a solitary win over Sweden.

“I am very grateful for the belief that the DFB has shown in me and I feel, generally, that despite the justified criticism towards me, I feel a lot of support and encouragement too,” said Löw. 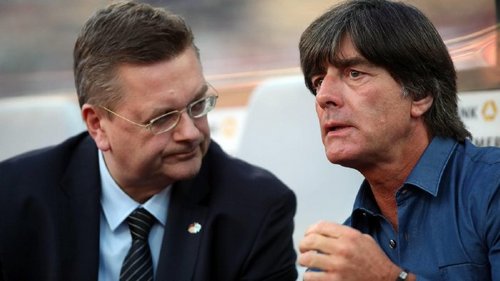 “It was important for me, after a few days in which I did a lot of thinking, to sit down and have a one-to-one talk with the top of the federation.”

“I am pleased that we can continue our long, successful path with Jogi Löw,” added the captain Manuel Neuer. “And I have the confidence that together we will regain our strength.”

Löw has been in charge for 12 years, having taken over after the 2006 World Cup, and in he 2014 led Germany to their fourth World Cup title. Until Russia, he had taken his country to at least the semi-finals in all major tournaments he had led them in.