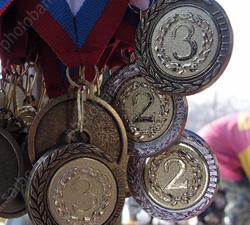 The runner won the marathon in St. Petersburg, the rowers – medals of the Czech Republic

At the Russian championship in rowing among 17-year-old in Nizhny Novgorod Saratov crews won 2 medals.
The third steel mens two without helmsman and eight with steering on the 1500 m.

In St. Petersburg runner from Saratov Oleg Grigoriev was the winner of the international marathon “White nights”. He is 3 and a half minutes ahead of the second prize on the main distance of 42 km 195 m.

Rowers won 4 medals in the world selection, the racer third in Europe

In güstrow (Germany) was the final of the personal championship of Europe on football.
Emil Sayfutdinov of the Balakovo “Turbine” scored the third amount of points with the Dane Mikkel Michelsen. In the regular part of the race he won 2 races, two second places, one third, then spent 2 laps, which was the first and the fourth. A native of Balakovo, Andrei Kudryashov – tenth with eight points. 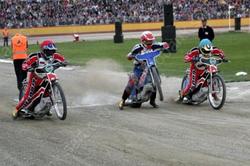 In Rostov-on-don was selected to the Junior world championship in rowing. Ksenia Maltseva with Polina Troinoi who won silver in the two a steam room, and Maxim Kucherenko by Ilya Pravdina, which became the third in two without helmsman got the opportunity to speak on 9-12 August in the Czech Republic.

The badminton player has won 3 medals of the Czech Republic, coach Pashutin changed “Avtodor” to “Kant”

Left Saratov basketball club “Avtodor” after the season head coach Evgeny Pashutin has signed a contract in Italy.
His new club was the middle of the Italian League -“Kant” (last season – seventh in the regular season, the playoffs lost every game for Milan).
A club run by the Russians – Dmitry and Irina Gerasimenko.

In Novocheboksarsk the championship of Russia on badminton among athletes with lesions of the musculoskeletal system.
Salakovci Alexander Patankin and Artashes Arustamyan won a bronze medal in the men’s pair, Patankin also was third in the individual category and a mixed pair.

Sambist won the silver medal in the suburbs, rowers – 16 medals in Moscow 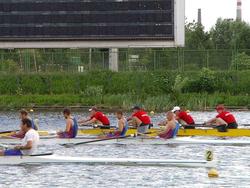 In Zelenograd near Moscow Ilya Kuznetsov from Saratov became the silver medalist of the championship of Russia on Sambo-wrestling among athletes hard of hearing. Prepared athlete Nikolay Tokarev.

Runner is the second in the half marathon, “academics” – the first in Russia

In Kazan in the final of the rowing of the Fourth summer games of youth of Russia Saratov crews won 3 medals.
The winners in pair without coxswain became the world champion among youth Plaksina Valentina and Anna Aksenova, in the two steam – Arsen Ishkhanyan and Konstantin Stasyuk. Together with Sergey Korneev and Maxim Kucherenko these athletes came second in the four of a steam room. 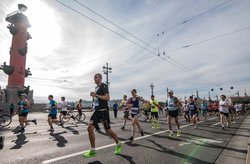 In St. Petersburg, Saratov runner Oleg Grigoryev took second place in a new international half marathon “Northern capital”.
At the distance of 21.1 km he lost to the winner 1 min 31 sec.

Grebchikha won the championship of Russia

Moscow is hosting the Russian championship in rowing and Canoeing. 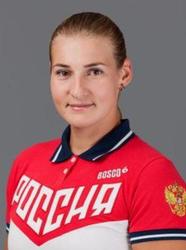 Their canoe-deuce finished first at a distance of 1 000 m.

Trump to players who kneel for anthem: ‘Maybe you shouldn’t be in the country’

Gymnasts have become the Champions