There are certain times in this line of work when you have to remind yourself that you are watching greatness close up.

That is how it is at Wimbledon when Roger Federer defies geometry to stroke a one-handed backhand low over the net. Or when you are at the Olympic stadium to witness Usain Bolt perform his latest miracle on legs.

The list goes on. And somewhere high in the recent catalogue must be included the 32-year-old Briton who has driven himself to the edge of a fourth Formula One world title, Lewis Hamilton.

Far from being blase after more than a decade spent watching his spirited racing, we should honour him in the British pantheon of his sport.

With four races remaining, he needs only 16 points to beat Sebastian Vettel to the championship, an inevitability that will put him, statistically, out on his own as the most successful racer produced in this country.

He will go ahead of Sir Jackie Stewart, on three, and, in global terms, alongside Alain Prost and Vettel on four, and behind only Juan Manuel Fangio on five and Michael Schumacher on seven.

But the facts and figures only take anyone so far.

For example, is Schumacher seven times better than the lion-hearted Nigel Mansell, who has one title to his name? And is Sir Stirling Moss, a mere four-time runner-up, inferior to any single champion? No and no.

Nor do Hamilton’s spectacular number of race wins (61) and pole positions (71) tell the full picture. There are more races now, and, anyway, figures offer no gauge as to how certain drivers captured the imagination.

There are other complicating factors. High among those is risk. In the time Moss drove, between the end of the Second World War and his retirement in 1962, some 180 drivers perished, about 50 of them known to him personally. 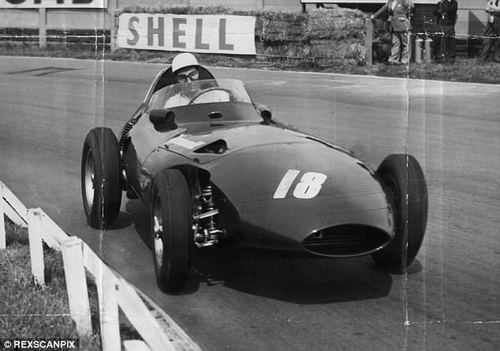 Moss, who does not approve of today’s safety-first Formula One, stands out for his breadth of driving in all kinds of cars all over the world, including in the 1955 Mille Miglia in Italy, conceivably the greatest single performance in the history of the combustion engine.

He could have won the Formula One title had he chosen to. Instead, he largely stuck to British cars rather than chase success in better Continental machinery.

His sense of fair play was beautifully illustrated by his campaign to ensure Mike Hawthorn was not disqualified from the 1958 Portuguese Grand Prix for reversing on the track. Moss’s protestations prevailed and Hawthorn went on to become the first British world champion. By a single point – from Moss. 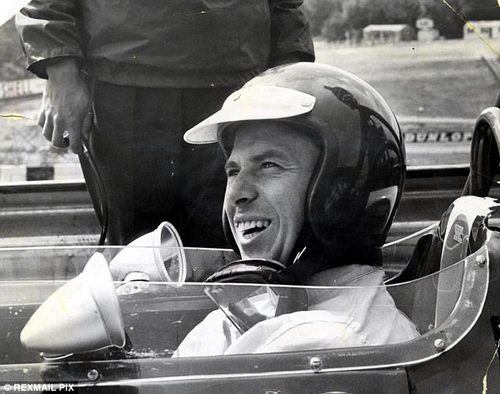 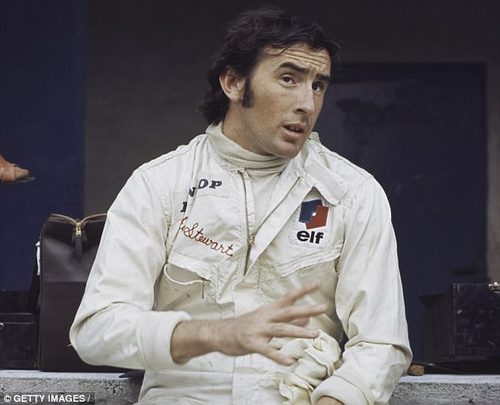 A fourth title would put Hamilton ahead of Jackie Stewart, who has three crowns to his name 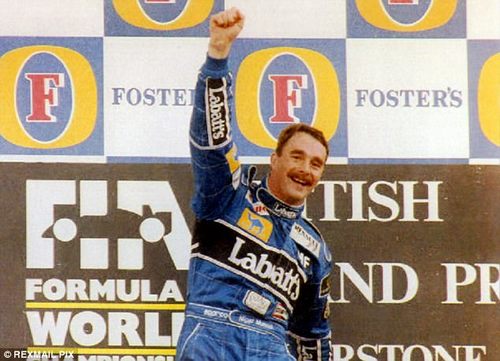 Nigel Mansell has won just one world title, which he claimed back in 1992

Moss ennobled his country and his sport as the only man who did not require motor racing’s great baubles to illuminate his brilliance. If you think that is sentimental twaddle – and I hear the cries – let me leave the final word to Fangio, the Argentine whom Moss considered the supreme performer of all. ‘Moss,’ said Fangio, ‘was the greatest of my time.’

I am putting Hamilton next highest, not least as the one driver who has given me most pleasure. His championship victory on the last corner in Brazil in 2008 provided a memory I shall take to the grave.

But so many moments spring to mind. His win in the wet at Fuji in 2007, his stunning debut year, and then victory by more than a minute at Silverstone a season later. His pole at Monza this year was perhaps the best single lap I have seen. 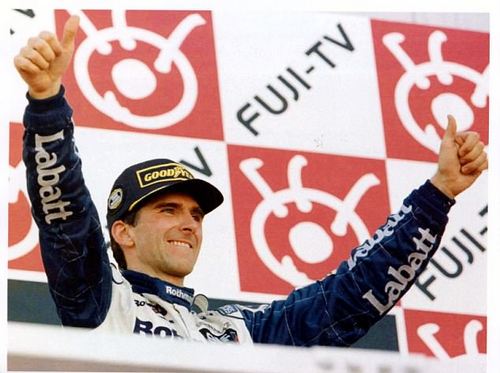 Damon Hill, like Mansell, has won a single Formula One world title, in 1996

Wheel-to-wheel, too, this man is supremely exciting. Yes, he has the best car but even that was his own shrewd choice.

Who else? Stewart was not only a triple world champion, with 27 wins from 99 races, but campaigned to make the sport safe. His friend, the Scottish farmer Jim Clark, would have multitudes of supporters as the best Brit, including his great friend Stewart.

Alas, James Hunt’s zenith was too short lived, in 1976 and 1977, when he was the best in the world, so I shall complete the top five by plumping for Graham Hill, by tiny fractions from Mansell.

Other drivers looked on in awe. He stood for the best of British sportsmanship across multiple series and eight decades of fame.

The most successful British F1 driver ever. A natural talent, who did not stoop to the dirty tricks employed by his hero, Ayrton Senna.

Had so much in reserve he never had to take silly risks. A great driver and a one-man dynamo who saved many lives with his safety campaigning.

Died at Hockenheim in 1968 having won more races (25) and obtained more poles (33) than anyone before. Stewart rates him as No 1. Many do.