The one crucial question hung in the hot thin air. ‘Did he do that on purpose?’ asked Lewis Hamilton of Sebastian Vettel, the German with nothing to lose, who drove his Ferrari, and his last title hopes, into the back of the British history-maker.

It was in the first, frenetic moments of a controversial Mexican Grand Prix that Vettel was playing pinball with the field. That whopping 800-yard, peril-inviting drag into the first corner passed with hearts in mouths yet no scratched paintwork. But wait then Vettel got to work. 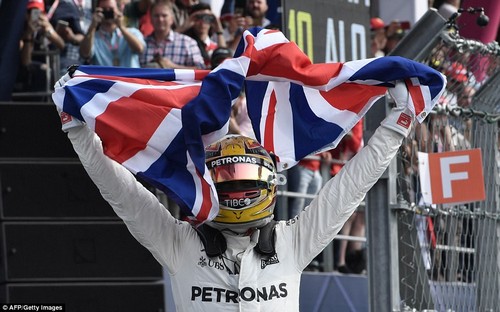 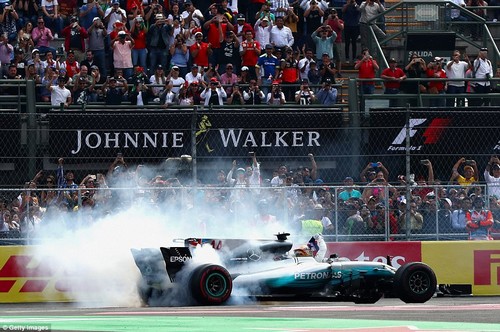 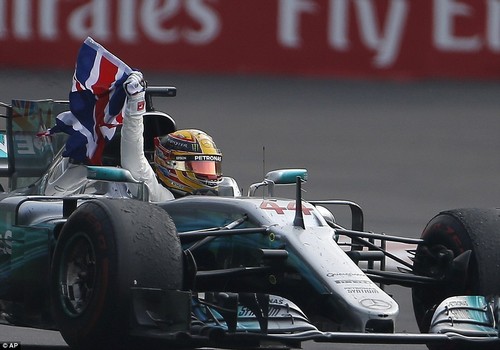 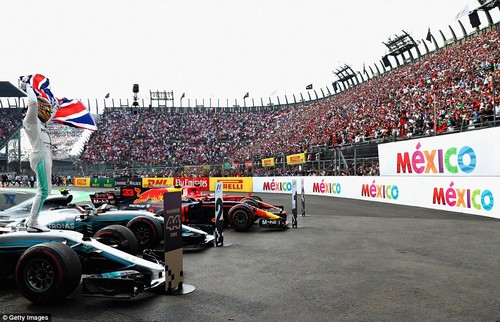 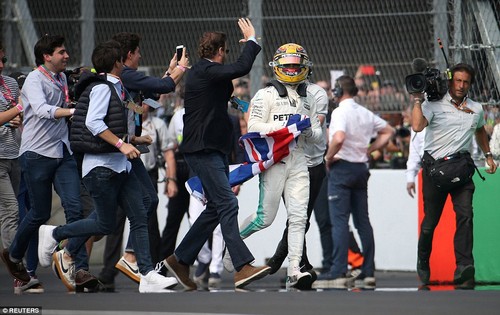 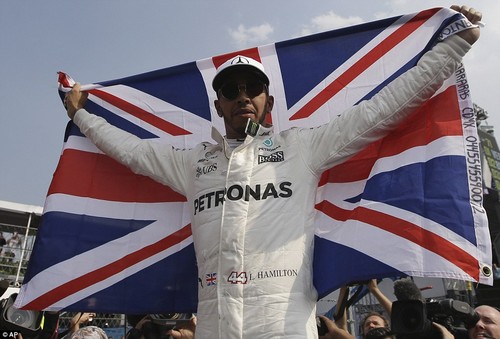 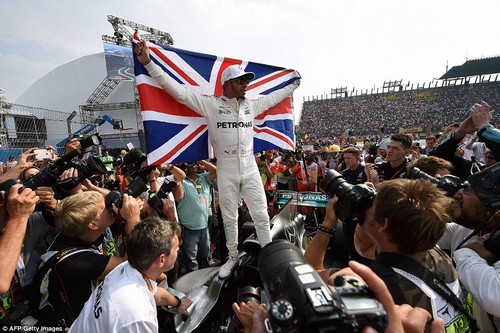 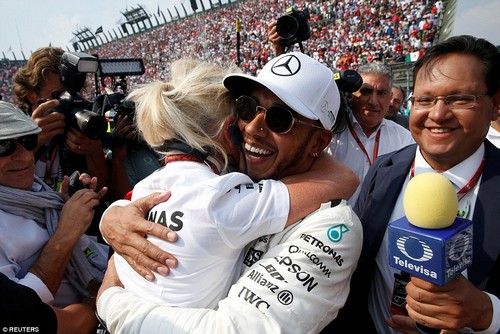 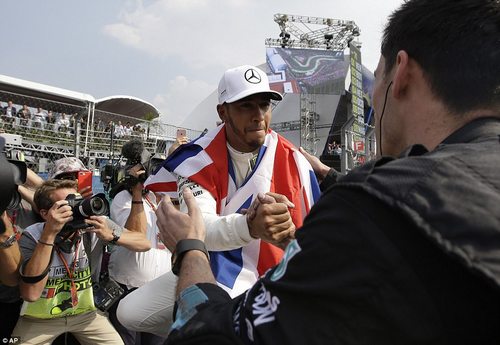 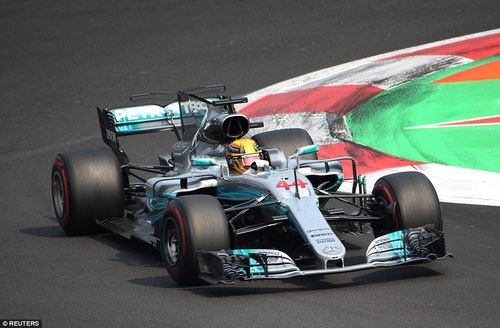 Let us consider what this meant. Vettel, who had started on pole, had an injured machine while Hamilton had managed to slide through at that second corner.

What was Vattel to do? He had arrived here needing a leap bigger than Bob Beamon conjured here in 1968, with a chasm of 66 points between him and Hamilton when the lights went out. He had to finish second to stand any chance of taking what might loosely be called the contest into the final two rounds of the season.

Vettel, therefore, had nothing to lose, and perhaps everything to gain, by trying to smash the Mercedes in which Hamilton was driving cleanly and carefully, yet confidently, towards what in those split seconds may have struck Vettel as certain title completion. 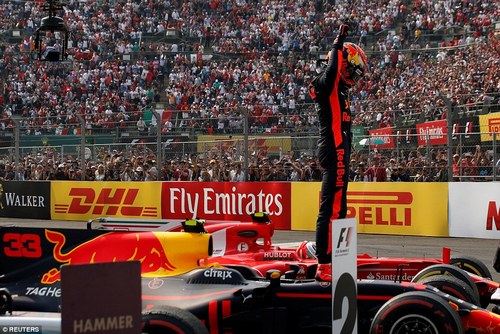 Although all the attention was on Hamilton, Max Verstappen dominated the Mexican Grand Prix to claim his third career win 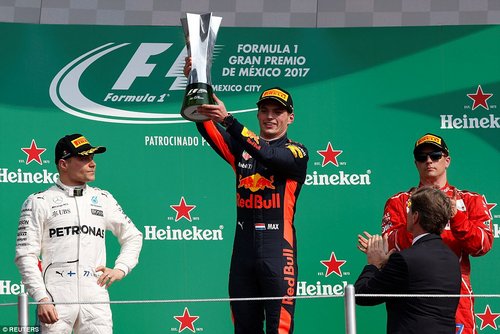 So coming out of the second turn, a left-hander, and sweeping into the third, a right-hander, Vettel followed Hamilton and shunted into him. The Brit’s tyre was slashed on impact and he fell down the field. Vettel, his front nose bust, was also partly impaired but not so grievously wounded as the man who emerged, when the 71 laps were all told, as a quadruple champion of the world.

But back to that question Hamilton posed. It can only be a hunch but, according to the interpretation of events outlined above, I believe Vettel knew precisely what he was doing.

And so add the incident to the dubious title shoot-out collisions that litter the Formula One narrative. The motley cast is led by Ayrton Senna, Alain Prost and Michael Schumacher, all multiple champions whose desperation have got the better of them from Jerez to Suzuka.

If it seems a harsh assumption to think the worst of Vettel, we must recall Baku, Azerbaijan, earlier this season when, clearly, he deliberately drove into Hamilton in despair. We drew comparison then with Schumacher, the hero Vettel venerated as a young karter, whose lowest tactics he seems to be on more than nodding terms with. 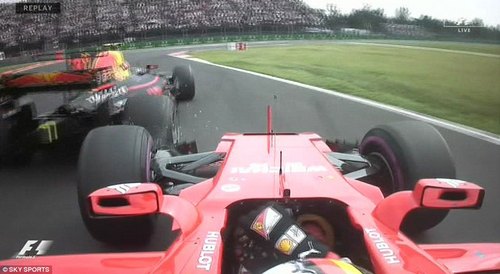 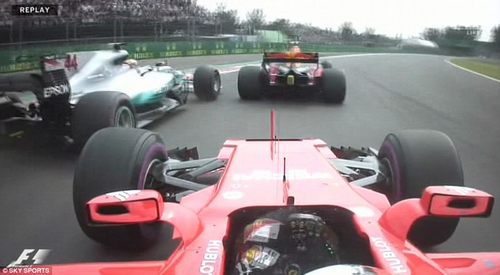 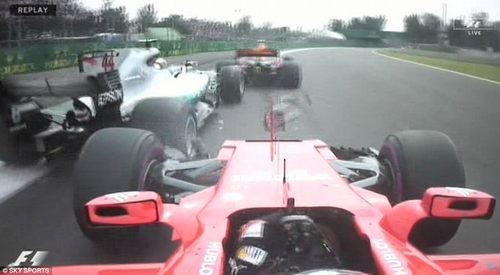 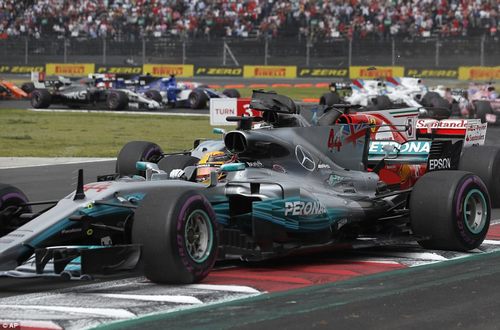 The stewards studied the evidence for seven minutes but decided against an investigation. That seemed a touch negligent. As for the actual question Hamilton posed, the answer from Pete Bonnington, his race engineer, came back: ‘Not sure.’

What we can be certain of is that Hamilton deserves acclaim for not having needed to resort to any skulduggery to win his fourth title. Through the second half of this season, his driving has been touched by the angels.

He wished to take the championship in blistering fashion, with his 10th victory of the campaign, but instead he had to settle for ninth place. Victory went to Verstappen, the man-boy of 20 who is most likely to be Hamilton’s keenest rival in the autumn of the Briton’s career.

Vettel had been a beat behind the bar ever since he crashed in Singapore last month and, panicking, Ferrari so overstretched that the buttons popped off their coat. The crasher fought his way back from 19th after pitting post-collision to finish fourth. Hamilton, from 20th and suffering the indignity of having the blue flag waved at him only half an hour into ran, took the crown with an unassailable 56-point lead. Valtteri Bottas and Kimi Raikkonen were second and third.

Those statistics are for the small print. Hamilton’s deeds are made to light up the sports pages. It is impossible to make definite comparisons across the decades, from Juan Manuel Fangio to Hamilton. All we can say is that he is one of the finest racers ever.

Another whose brilliance at the wheel earns him that description, Sir Jackie Stewart, was on the grid beforehand. The two most successful Brits are hardly friends. Stewart barely cast a sideways glance at Hamilton’s car as its driver put on his balaclava and helmet. But the Scot generously conceded afterwards that Hamilton is a ‘worthy champion’.

He is a brilliant trailblazer, too, a mixed-race boy who grew up watching drug addicts out of the windows of a Stevenage council estate. One does not have to be underprivileged to be hungry for sporting success, but you do need perseverance to cross the tracks in a white, money-dominated sport like motor racing.

How his mother Brenda watching from a window table at the Mercedes motorhome must have been proud of her competitive little so-and-so.

One postscript. Hamilton moved from 10th to ninth by winning a fabulous duel with Fernando Alonso. There, the world’s two best racers showed Vettel what clean racing of the highest rank is all about.

World Cup 2018: Your guide to all the qualified teams