Lionel Messi said it would have been ‘crazy’ had Argentina not made it to the world Cup after his hat-trick in Ecuador guided them to the next year’s finals in Russia.

The two-time World Cup winners started a chaotic final night of South American qualifying in sixth place and were set to miss out on the tournament altogether.

But their 3-1 win in Quito, coupled with results elsewhere, lifted them into third and automatic qualification alongside Brazil, Uruguay and Colombia. 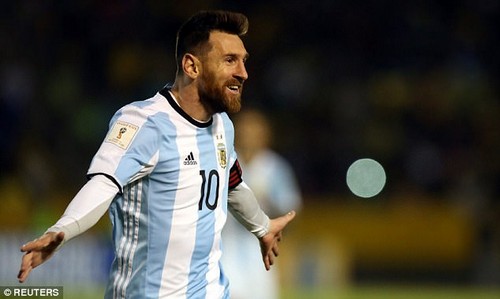 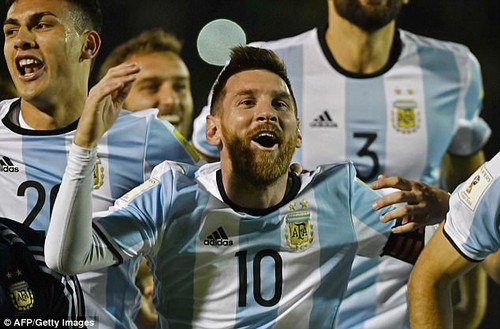 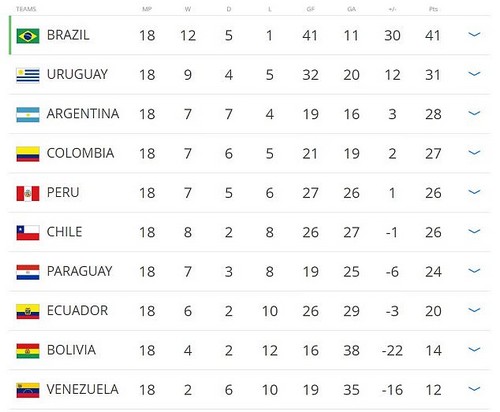 They fell behind after just 38 seconds in Ecuador but Messi delivered a stunning hat-trick to take them through.

Speaking afterwards, Messi said: ‘There was always the fear of coming here to play. Luckily, we could react and we managed to play well.

‘We were calm, we achieved the goal and that is the most important thing. Thanks to God, we fulfilled the objective.

‘It would have been crazy not to be in the World Cup. The group deserved to qualify.’

A major international winners’ medal continues to elude Messi, who has gone through the heartbreak of losing two Copa America and one World Cup finals in the last three years.

The Barcelona star added: ‘There has been criticism despite having played three consecutive finals and today was an important day for all, especially for those who have been here longer.

‘We were away from the press for a while and the people. I think it served to get us closer. If we all go hand in hand, everything will be easier.

‘It was unfair what happened in the World Cup and the two Copa Americas. We ended up suffering to enter this World Cup and hopefully we will get it once and for all.

‘Enjoy the qualification and prepare little by little. The team will change, there will be another and it will grow.’

One thought on “Lionel Messi: It would have been ‘crazy’ not to qualify”