Yaya Toure has joined in criticism of the Carabao Cup match ball, branding it ‘rubbish’ while the EFL have hit back at Pep Guardiola for his comments.

The Manchester City star weighed into the debate following the fourth-round win over Wolves after manager Guardiola said it ‘was not a serious ball for a serious competition’.

However the EFL insist the ball meets all the necessary requirements and have revealed they are keen to speak to Guardiola before the next round of the competition. 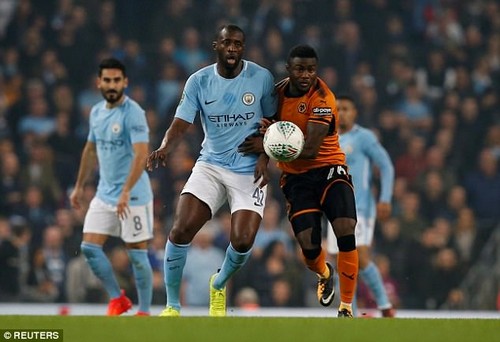 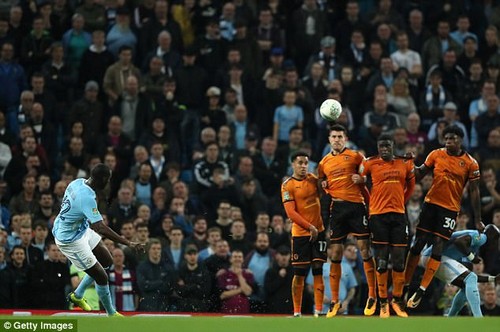 Toure, pictured taking a free-kick, said the ball was too light and difficult to use 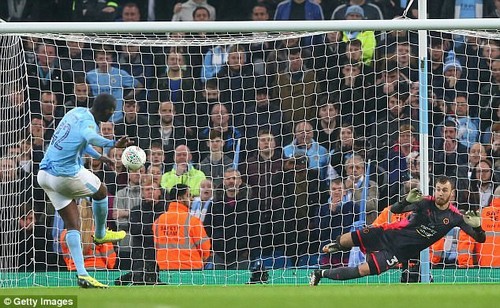 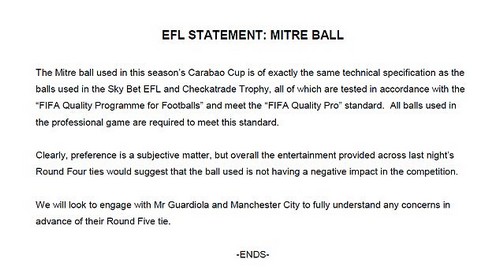 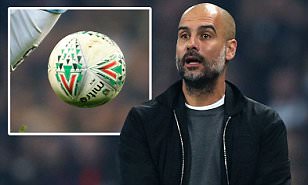 Was Pep Guardiola right to blame the ball?

‘All balls used in the professional game are required to meet this standard.

‘Clearly, preference is a subjective matter, but overall the entertainment provided across Tuesday night’s Round Four ties would suggest that the ball used is not having a negative impact in the competition.

‘We will look to engage with Mr Guardiola and Manchester City to fully understand any concerns in advance of their Round Five tie.’

Guardiola had said on the ball: ‘The ball was unacceptable for a high-level competition.

‘It is too light. It moves all over the place. It is not a good ball. It’s impossible to score with a ball like that, and I can say that because we won.

‘I’m not making excuses. All of my players said “what is that?”.

‘I’m sorry, Carabao Cup, it is not a serious ball for a serious competition. It’s marketing, money, OK. But it’s not acceptable. No weight, nothing.

‘One day or two days, but the ball is bad for one year or two years. All the players complain.’

City’s players trained with the Mitre ball on Monday and Toure confirmed that they think it is too light compared to the Nike version favoured by the Premier League. He claimed it would not even be used for games at home in Ivory Coast.

‘I don’t like it, to be honest,’ he said. ‘They can do better than that. It’s too light. Even in my country they can’t use those kind of balls. I think they have to be better than that because the ball was too soft.

‘It’s everything. Shooting, the ball is very light. When you touch it, it’s floating. It’s rubbish. And in this weather, it’s difficult.’

Asked if it is even worse than the much-maligned adidas Jabulani, used for the 2010 World Cup in South Africa, Toure added: ‘The World Cup one was better than that one.

‘A lot of players were complaining. We just want to enjoy it. It’s difficult to play with these kind of balls, but we try to find a way.’ 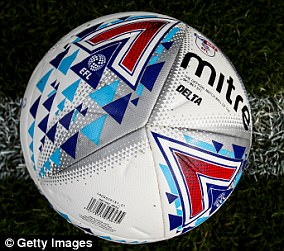 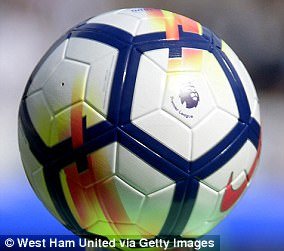 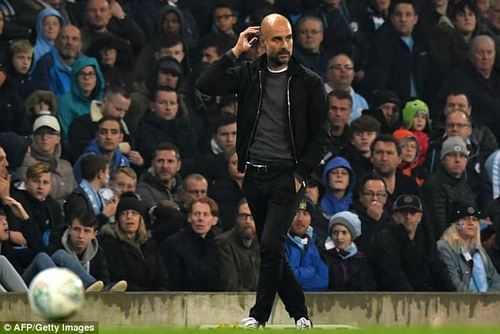 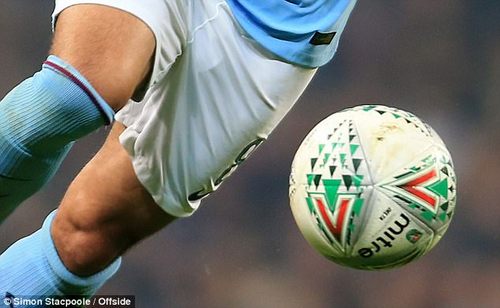 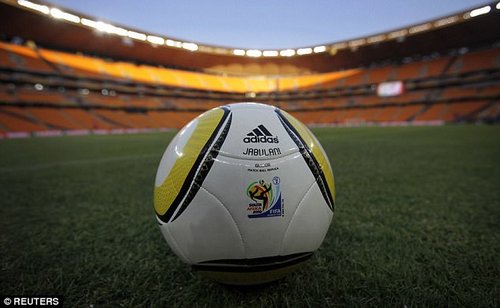 Toure said adidias’ Jabulani ball, which was heavily criticised while being used at the 2010 World Cup in South Africa, was better than the Mitre match ball used in the League Cup 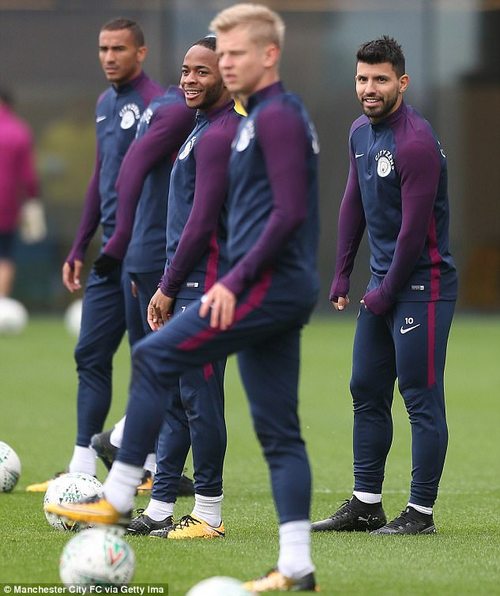