Manchester United may have stumbled last weekend against Huddersfield, but Jose Mourinho’s players looked back to their best in training on Thursday.

Eric Bailly was among the players in action at Carrington, as he prepares for his return to first-team action after three weeks on the sidelines.

United host Tottenham in a huge Premier League clash on Saturday lunchtime as they look to continue to chase Manchester City at the top of the table. 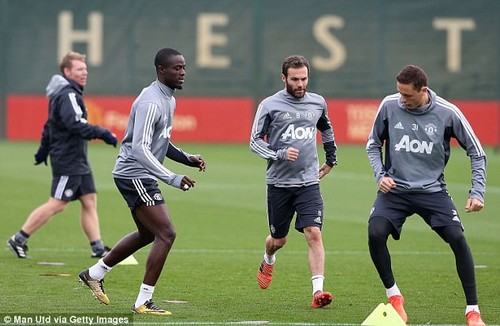 Eric Bailly, Juan Mata and Nemanja Matic are put through their paces in training on Thursday 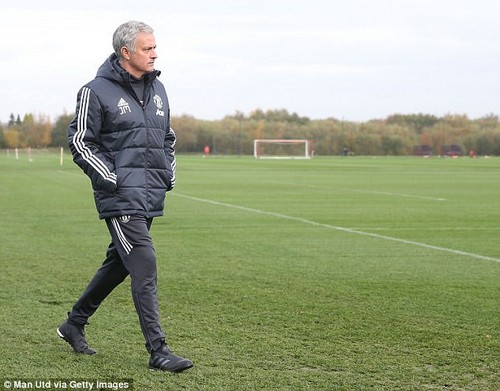 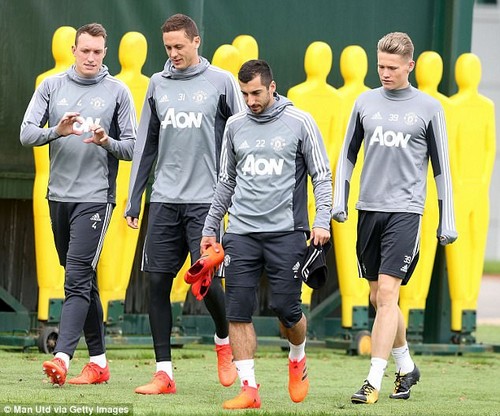 Most of Mourinho’s first-team squad were out on the training field at Carrington on Thursday morning, as they put in their final preparations ahead of the game.

Juan Mata and Marcus Rashford were among the first-team stars with a smile on their face, evidently putting last weekend’s 2-1 defeat behind them.

This week, United returned to winning ways in the Carabao Cup against Swansea, but now Mourinho will be keen to record another three league points.

The Portuguese oversaw the session on Thursday, his hands in his pockets as he watched on from the side of the pitch. 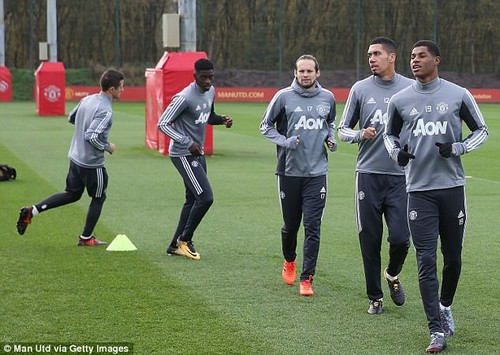 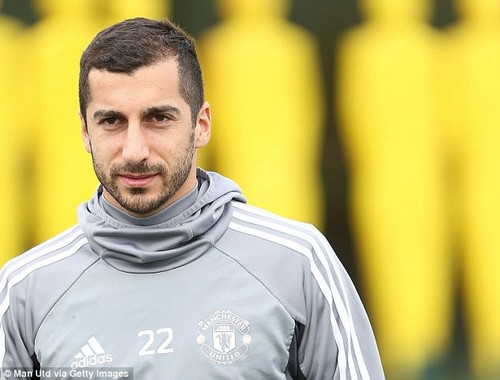 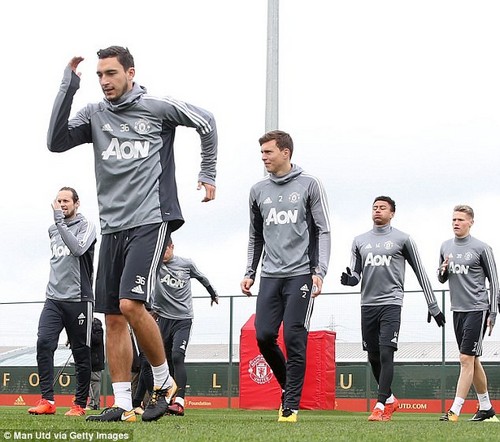 It is as yet unclear whether Mourinho has decided his line-up for the Spurs game, but one player who has put his name back in the hat is defender Phil Jones.

The Englishman was withdrawn from last weekend’s game at 0-0 due to injury, but he has told the manager he is fit to play this weekend.

Speaking at his press conference after the Swansea win, Mourinho said: ‘I think Jones will be back because, today, he was on the bench and he told me he will be ready in case I need him. So I believe he’ll be even better for Saturday.

‘Apart from that, I have no news and no hopes for any other players.’

Ander Herrera, meanwhile, is looking to put Saturday behind him after United surrendered their unbeaten league record. 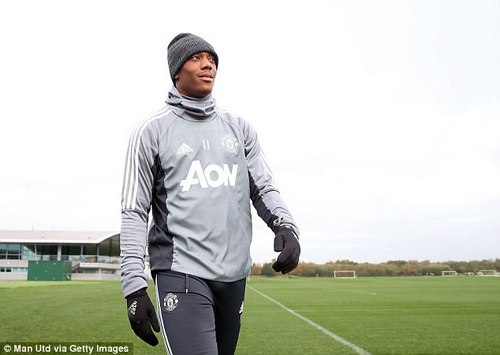 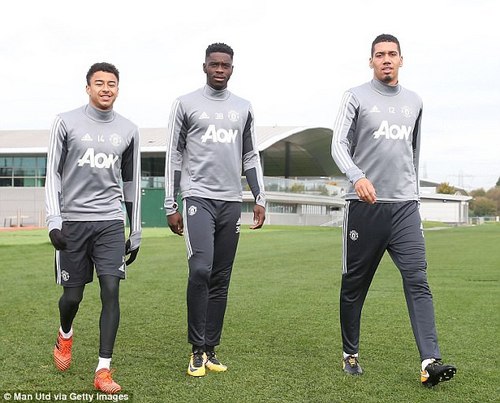 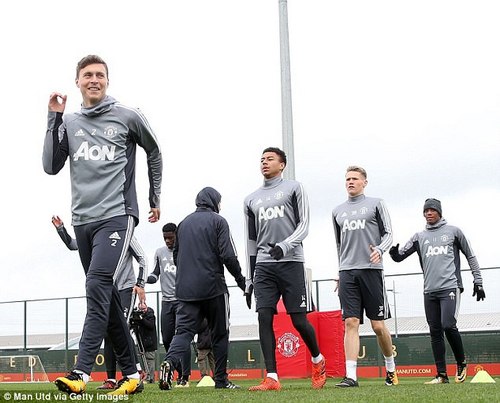 Speaking to MUTV, he said: ‘Sometimes, during the season, you have one or two really bad games and Huddersfield was one of them. We want to forget, we want to look forward, we want to get good feelings and now we are playing against a top team like Tottenham.

‘After the Huddersfield game, I said you want to play as quickly as possible again like we did against Swansea. We did very well, thank you as well to our fans because during the week, Tuesday in the Carabao Cup, a long way, and again thousands of fans.

‘There are good feelings and let’s move forward, let’s try to win against Tottenham, because it’s not going to be easy. We have a massive game on Saturday and we need to win.’ 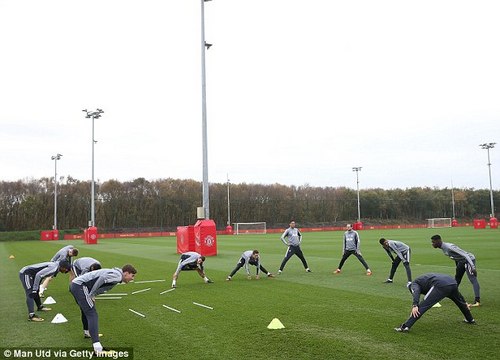 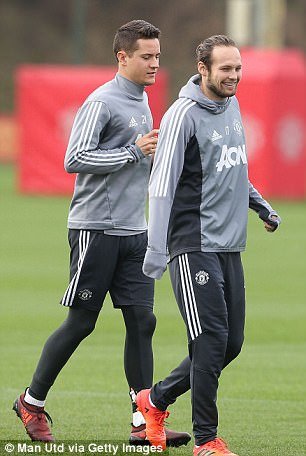 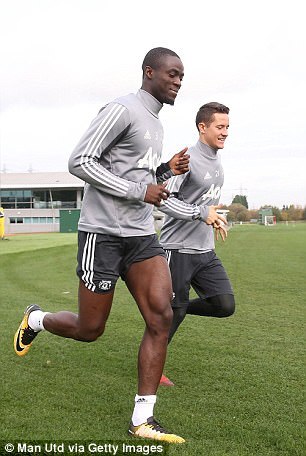