Manchester City have been boosted by striker Sergio Aguero’s return to training.

The Argentina international sustained a rib injury in a car crash in Amsterdam late last month and there were initial fears he could be out for several weeks.

However, just 11 days later he was involved in light training at the club’s Eastlands complex with those players not involved in international fixtures.

City said on their website: ‘Man City fans will be delighted to learn Sergio Aguero returned to training on Tuesday morning.

‘Though it was a light session with a City physio, the City star is expected to gradually build up his fitness in the coming days as he edges towards a first-team return.’

Midfielder Fabian Delph also took part in Tuesday’s session having recovered from a minor knock sustained against Chelsea which forced him to pull out of the England squad. 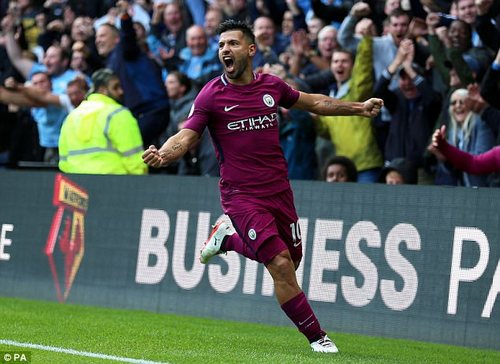