Man of the week

Journey of the week

@JPickford1 spent summer 2012 tweeting about going to Nandos, not being allowed Sky TV in his bedroom and spots (“keep looking in the mirror and thinking wow, they’re massive”). Summer 2018 has been an upgrade.

Quote of the week

Neymar – shutting down fake news about “arrogance” and simulation before he went home. “I don’t care much for criticism … In the last two matches I didn’t talk to the press. Maybe they’re just showing off. I think it’s more an attempt to undermine me than anything else.”

• Also upset by it: Brazil coach Tite – attacking “unfair” diving slurs, including remarks from Mexico coach Juan Carlos Osorio that Neymar sets “a very negative example to all children”. (Tite’s view in 2012 when he was Corinthians coach, recirculated online last week: “Neymar sets a bad example for children, for all those growing up. He just drops and rolls.”) 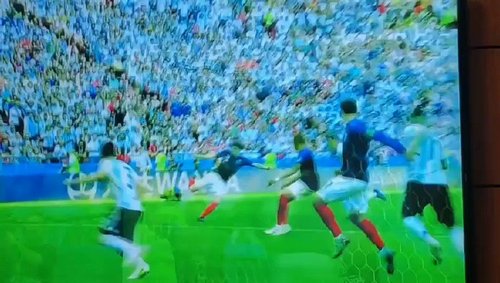 Offer of the week

Diego Maradona, Fifa white wine ambassador, offering to bring stability to Argentina’s set-up. “My heart is heavy for them. So I’d take Jorge Sampaoli‘s job for free … I wouldn’t ask for a thing in return.”

• Also from Diego last week as “emotion” got the better of him: a) Forgetting he works for Fifa while alleging “monumental theft” by a Fifa referee: “If I worked for Fifa I’d change everything”; then b) remembering he works for Fifa after speculation he could lose his £10,000 match fee: “I said some unacceptable things. My apologies to Fifa and to its president. I have absolute respect for the institution.”

Sepp Blatter – back home after his Russia minibreak hosted by Vladimir Putin, former deputy PM Vitaly Mutko and Kremlin officials – telling western politicians to ease off on the novichok row. “They should remember: this is football. It’s not politics.”

• Also asked for a view on the novichok crisis: Russian state-media-endorsed “hottest World Cup fan”, model Natalya Nemchinova: “I think there is no link with Russia. Why would we need Skripal? He was of no interest to us.” Her other key message: “I promise to take part in a revealing, naked, beautiful, crazy, sexy photo session with our national squad, so the whole world sees it and is surprised.”

Meeting again at the Kremlin on Friday: Putin and Gianni Infantino, still celebrating the World Cup’s ability to launder reputations. Putin: “It has helped break many stereotypes about Russia. This is a friendly country”; Infantino: “Even the police are smiling. I feel like a child in a toy shop. This is the new image of Russia.”

Fifa’s disciplinary team – fining nations on a sliding scale of severity of offence: a) Russia fined €8,500 for a fan’s neo-Nazi banner; b) Mexico fined €8,500 for homophobic chants (“Fifa has a zero-tolerance approach to discrimination”); c) Sweden fined €60,000 for displaying “unauthorised branding” on their socks; and d) Croatia fined €60,000 for allowing players to consume non-official-sponsor beverages on camera.

• Also bringing the game into disrepute: Croatia keeper Danijel Subasic, censured by Fifa for “violating Fifa Equipment Regulations” after he wore a T-shirt featuring a photo tribute to Hrvoje Custic, an ex-teammate who died during a game in 2008.

Dominating the week on social media: Hugo Lloris spitting out a grasshopper; Coming Home memes and Coming Home corporate banter; clips of children being taught “how to Neymar”; Tite’s running-man celebration; a photo of how Japan tidied their dressing room and left a thank-you note to stadium staff; West Ham/Aston Villa fan @David_Cameron getting a cool reception after expressing “sheer joy, delight and exhilaration at an @England victory!”; and a view of the VAR room as officials weighed up a tight call against Russia in their last-16 game (below). 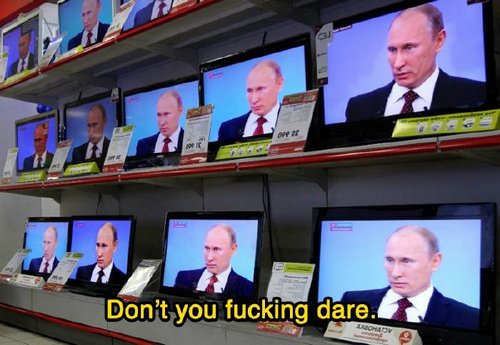 The VAR room for that penalty decision pic.twitter.com/wI6iXhVpfx 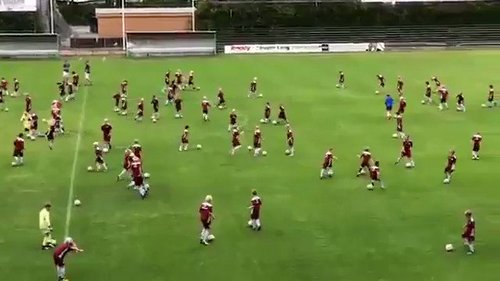 Kids enjoying themselves at The Neymar School of Excellence…pic.twitter.com/ieVljLgNUO 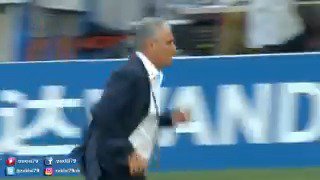 Insight of the week

Goldman Sachs – still showcasing their financial data mining and machine learning tools by applying them to football. New last week: a revision of pre-tournament findings that tipped Germany as finalists and Saudi Arabia as the surprise package. The new result, “cross-checked by our chief economist” and published before the quarters: Brazil beating Croatia in the final.

a) Rabio the octopus – sold and eaten despite correctly tipping all Japan’s group matches. Replacement Rabio Jr, billed as “just as good” by fisherman Kimio Abe, incorrectly tipped a Japan win over Belgium. And b) stray cat Baidian’er/White Spot, dying of natural causes in Beijing after correctly tipping seven out of 10 matches, prompting “9,000 condolence messages online”.

As reported by theguardian.com reader trinder19 on Friday: “I was on a packed train to Leeds yesterday. A lad on his phone was selfish and ignorant enough to share half his conversation with the rest of us, during which he agreed to an appointment on Saturday from 12-6pm, insisting that he finish ‘in time for the England game at 7’. Ha ha. No one told him. Not one of us. Ha ha.”

From Brazil’s Serie B last week – Paysandu striker Pedro Carmona, filmed appearing to demand a VAR replay in a nation where VAR isn’t used. Carmona denied making “a TV gesture like Neymar”: “That wasn’t what I was doing. I just wanted some attention.” 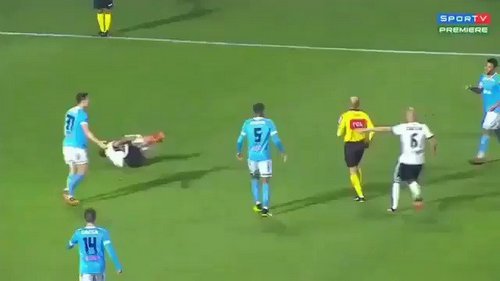