Under the beating State of Mexico sun on a makeshift pitch at Las Caballerizas Restaurant in Huixquilucan, the Christmastime colours of Costa Rica red and Mexico green seem somewhat incongruous.

There are only ’30 or so’ female cricketers in Mexico, according to the officials who hope the numbers will start to increase Gerardo Garcia

It’s the inaugural women’s T20 cricket game of the Central American Championship (CAC) 2019 and the excitement in the air is palpable.

To the left of the scorer’s tent, sits a straggling group of Costa Rica supporters. To the right is a larger clutch of Mexican fans made up of family members and reserve players.

A fluttering Mexico flag is strung haphazardly from a tree. There is no place for the quiet British reserve often associated with the game, as incessant shouts of “Vamos Mexico” and “Vamos Costa Rica” ring out when lulls in the game call for a confidence boost.

On the field, frustration builds as ball after ball goes wide of the stumps.

The tricky hop-skip-jump plus straighten-that-elbow motion which bowling demands is still a sticking point for many members of the Mexican team. But crouched behind the stumps, 39-year-old Analaura Montenegro is a bundle of energy, springing left and right as the bowling demands, her face set in concentration, sleeves rolled up to her shoulders.

Mexico eventually steamrolled Costa Rica to seal a hat-trick of wins – with only two women’s teams in the championship, they had nothing else to do but play one another for the title.

Mexico’s women’s cricket team was formed less than 18 months before the CAC 2019. Montenegro, born in Mexico City and a former national footballer, only attended her first cricket training session in 2017. 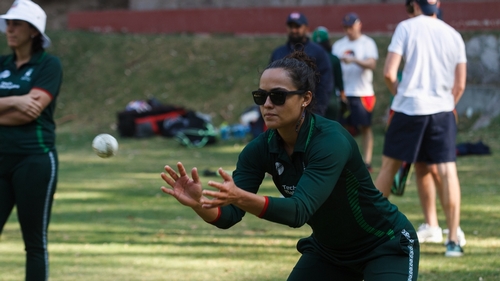 “I didn’t know anything about cricket, honestly … I went on YouTube to see what it was about,” Montenegro told Al Jazeera after a Saturday morning training session. “I really liked the technique … it’s different to all the other sports I’ve played.”
Cricket is Mexico’s oldest “modern” sport. The first recorded game dates back to 1827. But in a country where cricket is often confused for the game from Alice in Wonderland, the women’s version has struggled to take hold, until now.

Montenegro and fellow former pro-footballer Anjuli Ladron were the first members. Others – including amateur footballers AnaCeci Septien and Maria Pacheco – were not far behind, thanks to word of mouth and social media promotion.

There was also Tania Salcedo, a 17-year-old tennis player, who is now the team’s opening bowler.

Even though Mexico Cricket Association (MCA) secretary Craig White realises cricket was “an unknown sport in Mexico” and “not many people know what it is”, he added that “it wasn’t actually hard at all to get the ladies to play”.

By autumn 2018, just under a year since the players started training, the team achieved its objective. It took the field in Colombia at the South American Championship and managed to beat Peru. 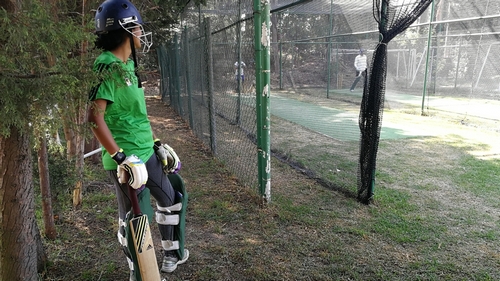 It was in Colombia that Montenegro’s performance, in particular, caught the eye of the International Cricket Council (ICC) higher-ups, who, in March this year, invited her to play with the ICC Americas Development XI in Florida.
She became the only Mexican to make the T20 team dominated by more experienced players.

Even then, cricket, replete with complex rules and alien vocabulary – batting, for example, becomes bateando in Spanish while terms like “wide” and “no ball” are yet to be Hispanicised – was not an easy game to master, even for Montenegro.

“It was honestly a challenge to know how to position myself and hold the bat,” she said.

Despite this, the team has “progressed really, really quickly”, said White of the predominantly local squad (South African Caroline Owen is the non-Mexican).

But getting to grips is not the only obstacle the team has to face. Lack of facilities is something that plagues both men’s and women’s cricket in Mexico.

There are no dedicated cricket grounds in the overcrowded Mexico City, where space is at a premium and well-watered pitches are far from a priority. Both teams currently train and play at the Reforma Athletic Club in Naucalpan where football dominates. 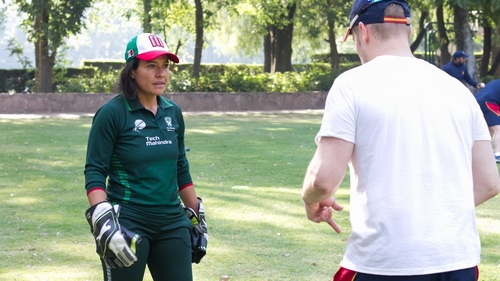 Two sets of nets are shared between the men and women each weekend.
The MCA tried hiring better facilities for the championship but for a team that was mostly self-funded – with a bit of help from the ICC and an Indian sponsor – paying up to $5,000 was out of the question team, according to White.

To take the team to the next level, White remains especially clear-eyed over the fact that “we need funding, we need proper coaching, equipment and we need money to sort of bring in more players”.

The MCA has intra-city leagues as a way to expand women’s cricket in Mexico.

Wheels are currently in motion for a team in Guadalajara, with around a dozen women already on board. Expansion into the northern city of Monterrey is also on the horizon. Despite the efforts, the involvement numbers remain low – White estimates there are around 30 or so women cricketers.

But for those who are already involved, it has been life-changing.

“Cricket opened up possibilities for me. I’m almost 40,” said Montenegro.

“I’ve been in other national teams as a professional sportswoman and I honestly thought that time in my life had come to an end. But cricket gave me this chance to continue participating at a high level … it opened up a whole world, and I wouldn’t change that sensation for anything.”