The Greatest is now timeless – official.

No sooner the first big fights of a new global tournament for the Muhammad Ali Trophy than cometh the inauguration of a super watch in his name.

The boxer, the man, the legend and the legacy will be commemorated in London on Tuesday with the launch of a high-precision Ali special edition time-piece. 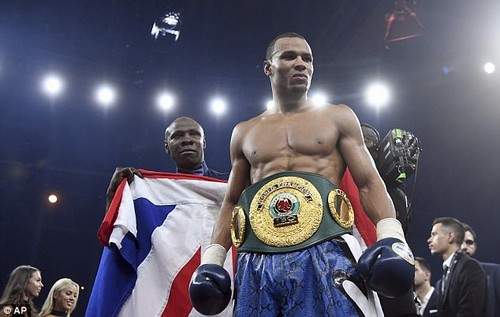 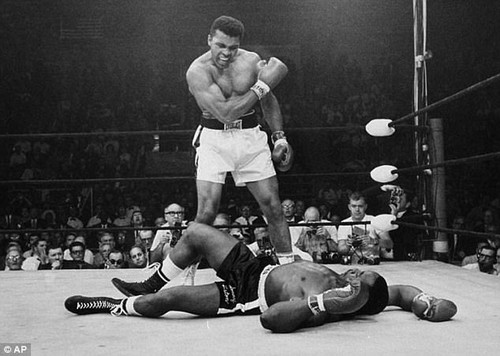 It is being struck by Tag Heuer, the Swiss master watch-makers to the stars who were the first official time-keepers for the modern era of Formula 1 motor racing.

Sixteen months after the poignant end of Ali’s epic last battle, against the ravages of Parkinson’s, his name spans more and more generations.

Larry Holmes, a fellow giant of the 20th century Ali era, is flying from America to be among the celebrities expected to walk the red carpet in the West End on Tuesday evening.

In addition to a large cheque, the eventual winner of the tournament will receive the Muhammad Ali Trophy.

Eubank, who is hoping that George Groves comes through his quarter-final against Jamie Cox this Saturday night to set up a super-semi-final in January says: ‘The cash is nice but for me to win a trophy in the name of Muhammad Ali means much more. 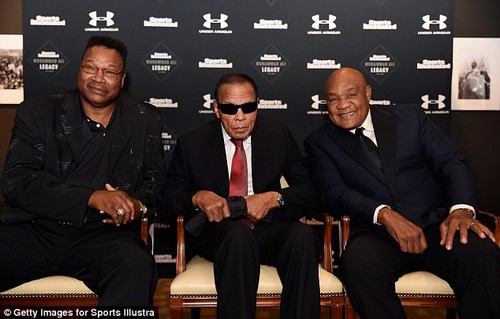 ‘For me, boxing is never so much about the money as about the belts, the respect, the history and the legacy. And what is greater than the memory of Ali?’

Those sentiments will be echoed at Tag Heuer’s unveiling of the £2,000 plus watch by Holmes, once Ali’s sparring partner who went on to defeat him as he became a great heavyweight champion in his own right.

The links cross the ages.

Holmes is a self-professed admirer of Anthony Joshua, who is deep in training for his October 28 defence against Kabrat Pulev of the world heavyweight titles once held by Ali and himself. 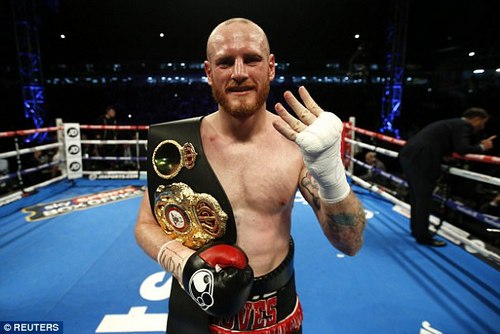 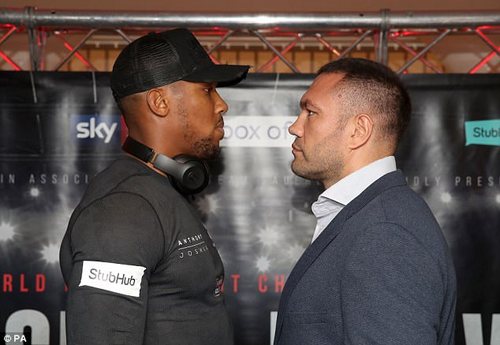 Holmes is a self-professed admirer of Anthony Joshua (left), who is in training for his defence

Amir Khan, a much more recent world champion now planning a comeback bid for a third title, and Conor Benn, son of Nigel and like Eubank heading for big nights in his own right, will be among contemporary boxers honouring Ali.

These younger Brits are playing their part in boxing’s resurgence. As are Eubank and Groves, who will make an even bigger impact should their long-awaited meeting in the ring come about, especially if a proposal for it to take place at Chelsea’s Stamford Bridge football ground comes to fruition.

Proceeds from Tuesday’s gala will go to the Muhammad Ali Foundation which is based at another monument to his memory, the Ali Center in his home city of Louisville which is overseen by his devoted widow, Lonnie.