Gift club “Elan” made a representation UMMC in Novokhopersk area.

This close collaboration for the fourth year. Before using UMMC appeared inventory for football, basketball, table tennis. The children also could get involved in chess and Billiards. This time I purchased all the necessary to play volleyball.

– Brought a new form volleyball teams for girls 12 sets. Full, in what way is the knee pads, elbow pads, full uniforms, balls, training balls, tournament balls and beach volleyballs. That is, as if fully ensured children that they can now do with a normal good balls and speak, – said the Plenipotentiary representative of the UMMC in Novokhopersk district Andrey Sviridov. 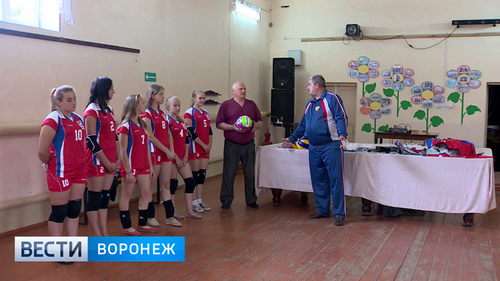 Now the club are more than 130 children. But the sport show interest and adults. Young pupils take the first places not only in regional competitions, and regional. Conduct and competition – they are satisfied to the local recreation center, so the club dream club about their own sports complex.

– We need a sports complex or sports hall is good. We’re not talking big, we only had 24 to 12 to be able to conduct year-round competitions. And on mini-football, and basketball, and in track and field, and volleyball. We have the greatest this problem, when leave commands, it is very difficult to switch from the small room at large, noted Director and coach of sports club “Elan” by Boris Romanenko.

Against “Avtodor” added the club from Poland

The composition of VTB United League increased to 14 basketball clubs. 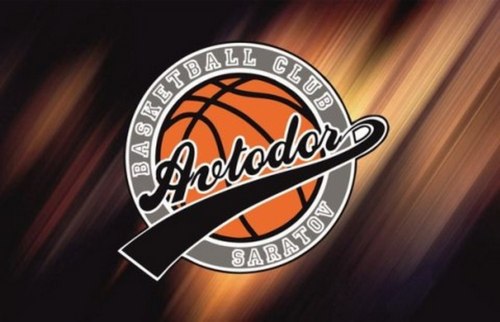 Showed up for the tournament “Zielona Gora” Poland.

Saratov will start the season on 20 September with an away match of the qualifying round of the Champions League against the “Fribourg” (Switzerland).

Avtodor invited the coach from the Ukraine, Smolov got in an accident

In Krasnodar, a native of Saratov CSKA Moscow got in an accident. Badly damaged his BMW M5 First Edition (only 400 copies issued, the price of almost 9 million rubles).
It happened shortly after the 100-th match for “Krasnodar”, which the player has played with the captain’s armband in Kazan against Rubin (1:2, pitch scored the ball and became a co-author of the winning goal of the owners, made a mistake in the transfer).

The headquarters of the “Avtodor” added the coach of the Junior national team of Ukraine basketball Dmitry Badaev.

He is now at the European championship in Latvia, which will join Sergey Mokin (head coach), and Vladislav Konovalov. Under their leadership, today started training Artem Zabelin, Victor Zaryazhko and youth. Saratov collection the team will last until 1 September, then she will go to Caorle (Italy), and from there to Switzerland in the opening match of the Champions League.

Rodionov: team soon to be 50-60% consist of players “Avtodor”

“The budget is small, so you have to put at the forefront of training for the players – said in an interview to the press service of basketball club “Avtodor” (Saratov) by its President, Vladimir Rodionov. – Ideally should be composed of 6-8 of their students and Legion class. 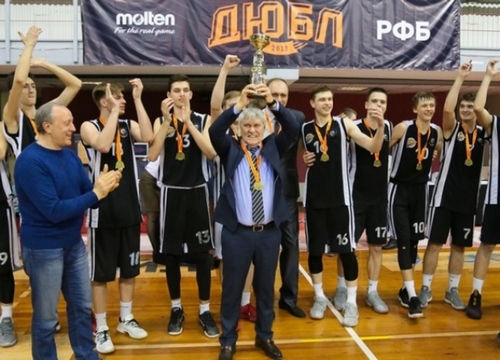 I did not invent anything new. Sometimes artificially, but give a chance and dragged into a “basis” for those who see a real potential, those who really wants. I have a pencil 7-8 guys who are already in the upcoming season will make a sharp jump. Boys from the Junior League continually train with the youth team, the most talented guys from it are regularly invited to training with the first team. In a few years our students will meet the level of the players, which we purchased now. I’m sure the Russian men’s team will soon be 50-60% consist of pupils of the Saratov club.

The pupils of the “Avtodor” Michael, Cvetkovska and Petenev will be among the 12 players will be on a permanent basis to participate in the training process as possible to game time. I think that over the season these guys like a motorbike, fly far forward in the development of their peers. Other clubs are exclusively in the pursuit of the final places, without worrying about reserve training. In the “Avtodor” we work effectively in accordance with its budget always give a 100 percent result, finishing behind the “Top 5” and regularly pleasing fans with victories over the giants, while not forgetting about the youth. This suggests that we operate as productively as possible, enabling his children to open up.

Educational process is built on the fact that children become men and as painlessly as possible adapted to the level of masters. The system often fails precisely at the transition from youth to adult basketball, right here many talents disappear somewhere. Before the guys at 18 years old has already played in boys ‘ teams, and there are a good many examples.

Unfortunately, today even the most talented youth not getting chance in the clubs of the League, with the exception of “Ukravtodor”. The most promising guys fall in CSKA, “Khimki” or Krasnodar, but they were not doing players. Don’t mean to offend, but when the capital club is proud to have produced the most players for super League is blasphemy and the work is in vain. It is clear that CSKA their tasks, they need to win all matches. But just think, in 12 years, Andrey Maltsev, leading “Junior”, not produced a single player for the first team.

This is disastrous for the national basketball. As I said, in the coming years we can stay with nothing. All club leaders need to be reconstructed. To date, a situation where the “highways” – one soldier in the field. We deliberately go this way and now are reaping the rewards in the form of a talented generation born in 2000, do not forget that we get the material after a thorough selection process, which is carried out by leading clubs. The boys hoped that in the top clubs of them will make top players, but there is, as a rule, the career of these boys, unfortunately, ends.

God ordered so that these guys now have become the best in the country. Cvetkovski came to us from the Udmurt Republic, we gave him a chance which he took. The Mikhailovsky brought us his first coach of the Pavlova. At first Nikita was not much, was the ninth-tenth in the rotation. We gave him the job, he disciplined followed them, not being distracted by anything else. Mikhailovsky purposefully moving towards your goal. Compared to the rest of Nikita were not allocated physical power, so he had to get his through the head. As a result, he has made tremendous progress in the understanding and reading of the game. Now, in order to get into men’s basketball, it requires a lot of work on texture. The learning age – 14 to 17 years. Late to change is extremely difficult and mostly impossible. I have to personally take part in the training process, to dazzle of the guys players put throw technique, to give recommendations to the trainers. I see that the guys gave nature, and determine the direction in which you want to develop. Each child has their own strengths and weaknesses, and each requires an individual approach.

I’m sure all three will undoubtedly go down in the Russian national team – someone earlier, someone later. We frankly lost generation of 20-year-old who couldn’t even get out of division “B” European championship. Don’t want to offend anyone, but their ceiling – Superleague. Too late to learn something at that age.

The 10 most expensive sports clubs in the world