Two Novosibirsk swimmers – Daniil Markov and Ekaterina Nikonova – took medals on the first day of the European championship, which takes place in Helsinki, according to all-Russian swimming Federation. 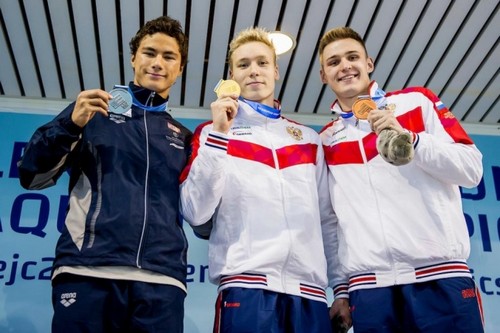 In the 50m butterfly in personal offset the first finished Russian Andrey Minakov with result 23,56 seconds, the second was the Norwegian Tomoya zenimoto of Has (his time – 23,68 seconds), and Siberian Daniil Markov finished the distance of 23.77 seconds. After the individual swim Markov became the winner in the team relay race 4×100 metres freestyle, beating the Italian national team 0.58 seconds.

“Andrey had planned at the “Nickel” both to stand on a pedestal, and left. After we quickly paid off and gathered strength for the relay. We supported Sasha and Klim, and together we can win,” – said Daniil Markov after the victory. 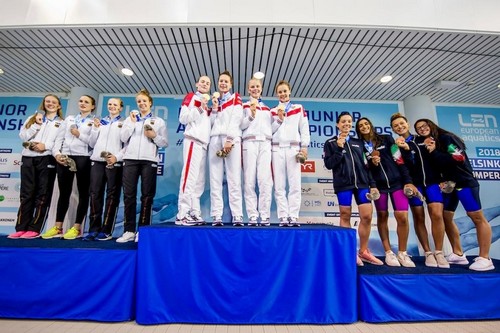 Ekaterina Nikonova in the national team of Russia triumphed in the women’s 4x100m relay freestyle. The results of the first day of the tournament the Russian team is leading in the medal standings.

The cyclist from Novosibirsk region won the championship of Russia on Cycling on highway – it’s faster all overcame the distance of 30.5 kilometer.

Forward to victory: Novosibirsk swimmer took part in the Junior Olympics in Argentina

18-year-old swimmer from Novosibirsk Daniil Markov became part of the national team of Russia on swimming which will take part in the III youth Olympic Games.

That Novosibirsk athlete going to the Olympics, reported in the Center of water sports.

The competition will be held in Buenos Aires from 6 to 18 October 2018. They will be attended by athletes aged 14 to 18 years. Only the composition of the national team of Russia on swimming included 8 athletes – 4 girls and 4 boys.

“Preparations for the Games have already begun. Daniel planned a training camp in Kyrgyzstan, then part in the Russian Cup in Kazan. And the final step will be training camp at the suburban sports base “Round Lake”,” quote in the Centre of water sports of the President of the swimming Federation of the Novosibirsk region Sergey Gerasimov.

In the Centre recalled that earlier Daniil Markov won two gold and one bronze medals at the European championship, which was held in Finland in July of this year.

The rower became the second on the Czech Republic, the coach of “Crystal” told about the goals

In Moscow at the Russian championship in rowing and Canoeing Kira Stepanova from Engels, won another medal.
She became the second competitions kayak single at a distance of 500 m From the winner, Elena Anosino (Moscow oblast/Mordovia) she has fallen behind on 1,152 sec.

Head coach of “Crystal” Anatoly Lukashin gave an interview to the club press office. In it, he talked about his preparation for the season, the goals of the team, its membership and future style of play: “From June 1 I’m working. Every day. Think, analyze. Preparing for the start. Looking to see what I need, how to build the training process. The plan is created, based on his and will go to prepare for the upcoming season. And classes, and participating in tournaments, friendly games”.

About the reasons of the modest results last season: “We went into the playoffs, but for me as a coach was not enough. The result did not satisfy me. The reasons are obvious and understandable. And in the psychology of the players as well. If in the first stage played on a large rise and with great commitment, then, having achieved some success came complacency”.

On recruiting: “some backbone there. There are players who correspond to the status that I want. But their little unit. There are people on whom I rely. Including Saratov pupils. Here it is back Timoshin and Bulls, they will build five. They are required to be leading players.”

About the new disciplinary requirements and the praise: “this year each player will have to sign the document. It is a requirement. Main. I want to raise the discipline to the highest level. In the absence of other levers of influence necessary to apply different measures. But when the player works well on the pad, I praise him for sure. I say no need to do so. Think differently. Should praise the player for his attitude, contribution, action.” 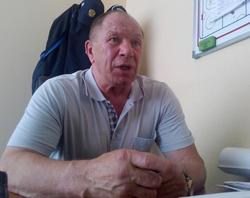 About the purpose and the new scheme: “I Will do everything to ensure that the team was in the top three. It is important and necessary. Want to host a new structure of the game, more creative. Developed certain schemes will work. Now we just have to find people that can play effectively in the creative direction, but strictly in defence”.