In 2015 a group of like-minded people in Gatchina conducted the first trial tournament under the auspices of this project. Its main feature is the free participation of any child. Also unique for the duration of the tournament – from October to may. It turns out that many children throughout the educational process have the opportunity to play football to identify the best, make friends, chat and do business. And is this not the most important thing in the era of the Internet and limitations of live communication between peers?! 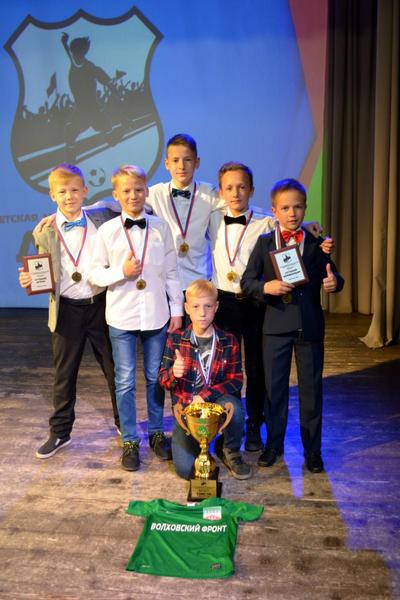 Team DSF “Volkhov” participated in this project last year. Throughout the season our players 2005-2006 year of birth fought with the commands “Clavator-2005” and “Clavator-2006” from Lodeynoye pole and Podporozhye “Rusich” 2005.

Game of the tournament was held in three rounds. The first meeting of the boys held strong with peers from pole and 3 wins gave excellent groundwork for a victorious move our players. Further, with a high score has been beaten “Russians”, and it became clear that the great work of coach Oleg Stepanov, his wealth of experience and knowledge gained while playing for the main team FSTS “Volkhov” as a player, his coaching experience and individual approach to each child given their results. Can you add to this that a stable composition and the understanding of players, discipline and mutual assistance helped bolhovchan to climb on the podium as winners in their age group. Players FSTS “Volkhov” was awarded the winning trophy, gold medals and commemorative diplomas. Maxim Hivac (Staraya Ladoga) received an individual award for “Best scorer”, Nikita Magda – “the Best player of the tournament”.

The most important thing in this victory – the part of our children, their confidence and determination, the desire to be first. Separate words of gratitude to the parents of the guys who always come to the rescue at moments of difficult events, failures, and adversity to the best of my ability substitute a reliable shoulder coach. Especially felt support from Natalia Boychuk and Oxana Hivac. Mother of our nominees, we can say, on their shoulders decided the issue of transport to travel to the ceremony and throughout the tournament actively participated in the team’s life.

Special assistance team has had a charity Fund “Volkhov Front”, which solved the problem with fuel and transport costs. Only thanks to this seamless, cohesive chain: trainer – “Volkhov front” parents – children” we got a winning result. Congratulations, winners, and believe in the bright future of our children.

In the exit race of team championship of Russia “Turbine” (Balakovo) lost to “East” (Vladivostok) with a score of 39:54.
The most effective rider of the guests was Victor Kulakov – 14 points of 21 possible. Turbine heads the championship table on 15 August in Togliatti it will compete with the local “Mega-Lada”. 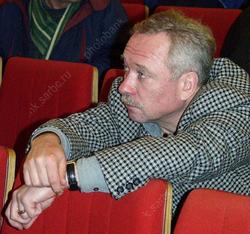 With a circulation of 500 copies published in the book “My life in football”. Its author – a famous Saratov football player and coach Alexander Koreshkov (pictured). Assisted in the writing of Alexander Matyushkin, previously, alone or in collaboration have published a series of books about the history of the Saratov sports.
The book tells about the career Koreshkov – from Saratov, “Sokol” to Moscow “Spartak”, the coaches had the greatest influence on a young professional posted unique statistics and photographs.