Real Madrid will have plenty of excess baggage when they check in for their flight to London this week.

They arrive with the worst start to a league season since 2012-13 – they have picked up just 20 points in 10 games and are eight behind leaders Barcelona.

The last time they started this badly things ended badly too. The team won nothing and Jose Mourinho lost his job. Zindedine Zidane still has credit in the bank but Mauricio Pochettino could change that on Wednesday. 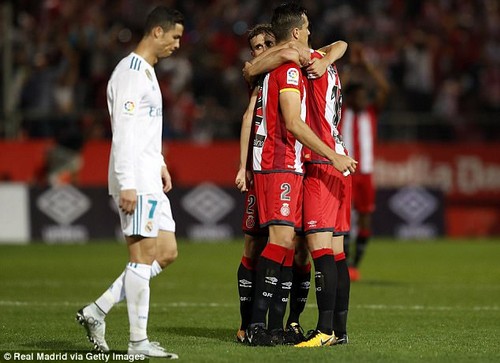 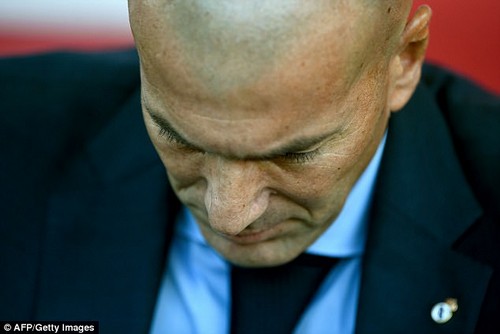 Spurs might be missing Harry Kane but Real Madrid are wondering where the real Cristiano Ronaldo has gone and are also missing the injured Gareth Bale, Dani Carvajal and Keylor Navas and the out of sorts Marcelo and Karim Benzema.

Zidane was careful not to question his players’ commitment after the defeat by Girona on Sunday but it was telling if he was asked if the league was failing to motivate them this season. He pointed instead to a lack of concentration in key moments.

Suddenly the old doubts over his tactical acumen start to resurface. That may be daft after he has delivered so much silverware in such a short space of time but his substitutions came under the spotlight Sunday.

He fell back on the tried and trusted introduction of pace in wide areas with Marco Asensio and Lucas Vazquez but it simply didn’t work.

It also does not bode well for Madrid that Girona play the same wing-backs system with which Tottenham gave them trouble at the Bernabeu. 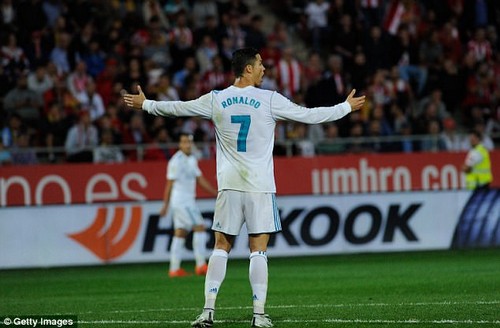 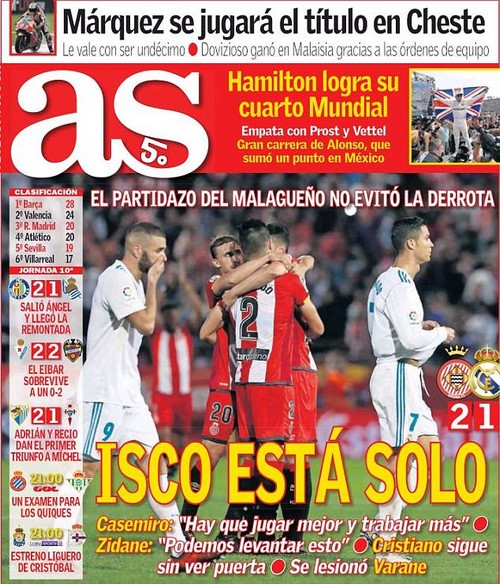 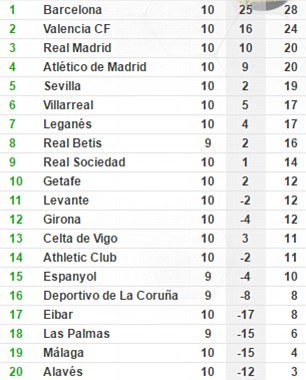 They don’t seem to cope well against a 3-5-2 and on Sunday, with the Manchester City right wing back Pablo Maffeo outstanding, they coped so badly Zidane ended up playing the same system in the hope that he could cancel out the threat.

Getting in behind Marcelo has always been an effective tactic against Real Madrid. It worked brilliantly on Sunday with Maffeo giving the Brazilian a torrid time. Marcelo was a ‘physical and tactical disaster’, said Diario AS.

Madrid are missing certain key players either because they are not on the pitch or they are on the pitch but not affecting the game. Bale, Carvajal and Navas were all missing against Girona. Varane joined them on the sidelines from half-time onwards having aggravated an abductor problem.

Bale is criticised when he is there but missed hugely when he isn’t and Kiko Casilla does not save Madrid the way that Navas does. Varane, at his best, is Madrid’s most assured defender.

And when Carvajal had to rest recently because of a virus affecting his heart, Real Madrid lost the best right back in the world on current form. If all four are missing on Wednesday then that is a huge boost for Tottenham.

Benzema and Ronaldo were both on the pitch but made little impact. Ronaldo has scored just one goal in the league all season despite having over 40 shots. To put that into perspective, back in the 2014-15 season at this stage he had already scored 17 goals. This season Lionel Messi already has 11. Ronaldo has now gone 541 minutes in La Liga without scoring. 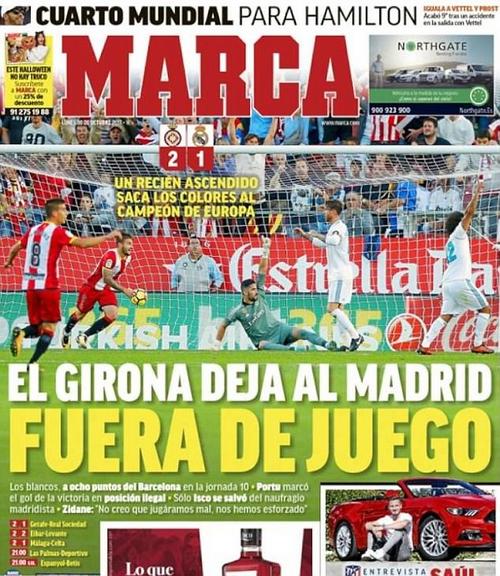 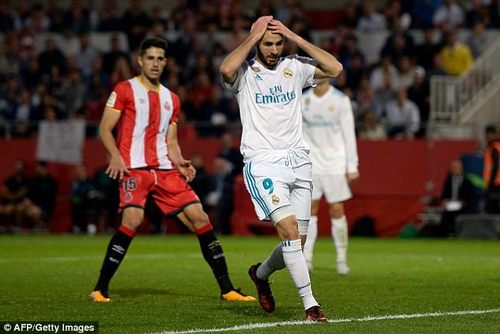 Benzema, meanwhile, is playing like Gary Lineker’s assessment of him. The goals are not there and for the moment the link-up play is absent too.

Madrid are also missing the players they decided not to sign in the summer. They need another centre back with Pepe now gone. And selling Alvaro Morata to Chelsea without replacing him now looks like the wrong decision. He got 20 goals from the bench last season – there is no one to do that now.

The worst news for Tottenham is that some sort of backlash is now needed and Pochettino’s side could be on the wrong end of it.

‘It’s clear we cannot continue like this,’ said Isco who was head and shoulders Madrid’s best player on Sunday.

But form cannot be turned on and off and there is a sneaking suspicion that Madrid are just not up to speed at the moment. Wembley will either shock them back into life or accentuate their current weaknesses and send them spiralling into crisis. 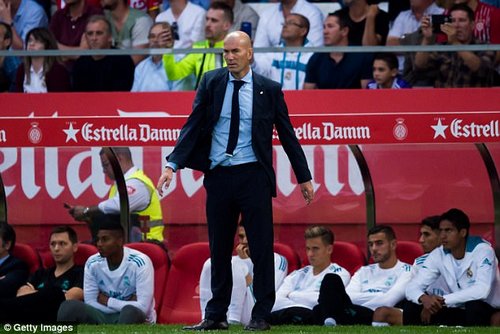