Cristiano Ronaldo’s career has seen him conquer Europe with Manchester United, Real Madrid and Portugal and that success has, in turn, earned him many millions.

The Portuguese is renowned for his flamboyancy on and off the pitch and his wealth has helped help him divulge in and create an exuberant and awesome car collection.

Ronaldo joined United from Sporting Lisbon in 2003 at the age of 18. A year later, he was snapped driving what was then one of the fastest 4x4s on the road – the Porsche Cayenne – which cost him £67,500. 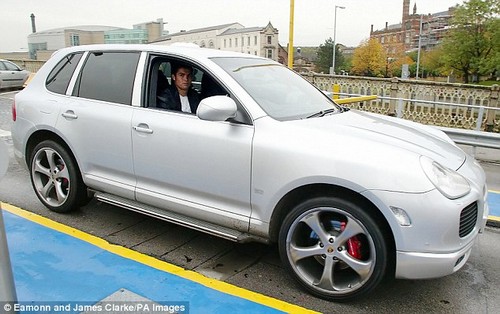 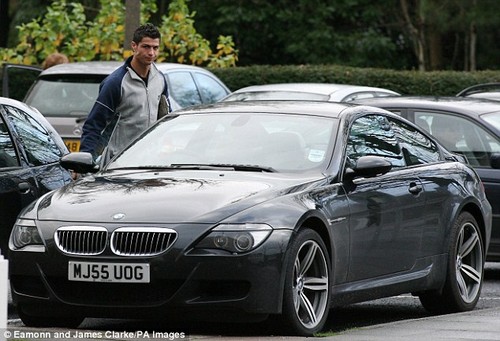 Two years later, Ronaldo’s ride was a suave BMW M6 at the age of 20 years old 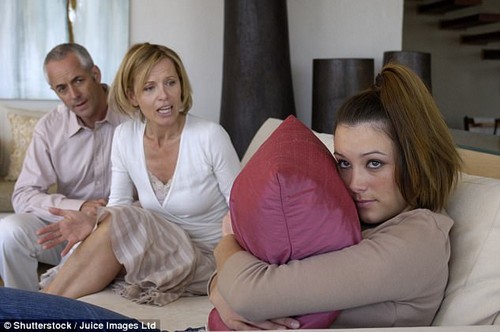 During his time at United, Ronaldo was also seen with a Porsche Carrera S 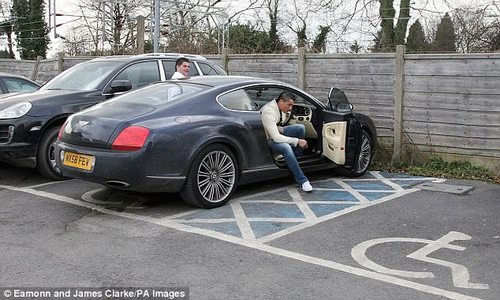 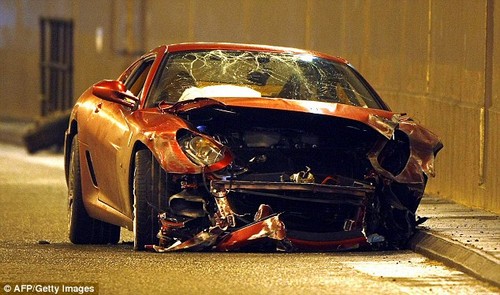 But it wasn’t long before Ronaldo was spotted around Manchester behind the wheel of the more traditionally lavish rides.

In the following five years of his United career, he had a BMW M6, a Porsche Carrera S and a Bentley GT Speed.

His passion for cars nearly caused him a serious injury in 2009 when he crashed and wrecked a Ferrari days before United played Chelsea, but he escaped unhurt. 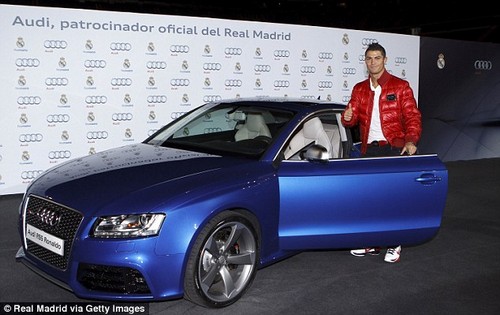 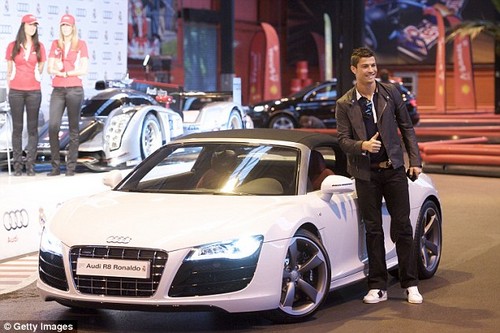 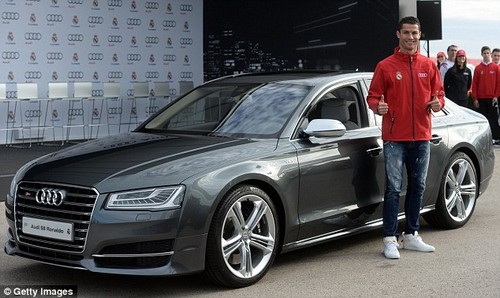 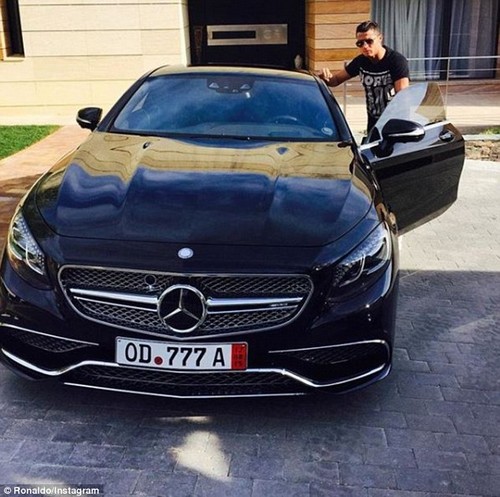 On his Inst
agram, Ronaldo has shared a snap alongside a Mercedes S65 AMG Coupe 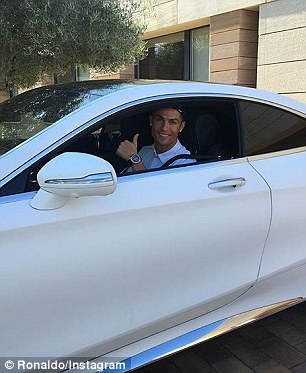 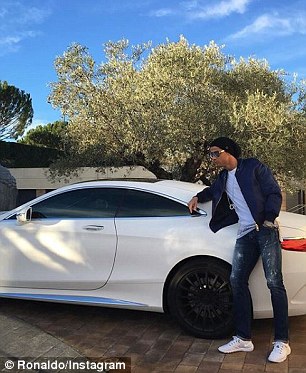 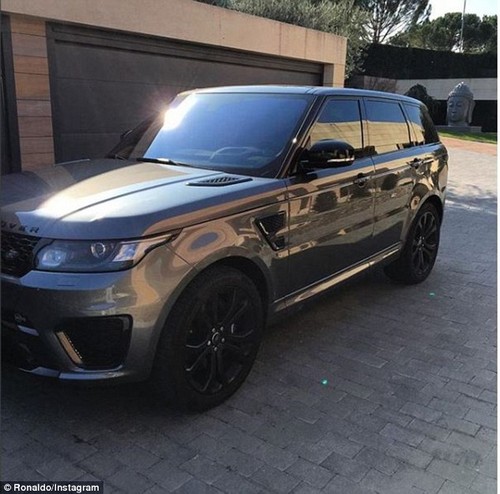 In 2009, Ronaldo joined Madrid for a then world-record transfer fee of £80million.

And since arriving in Spain, Ronaldo has been treated to a number of Audis due to Real’s sponsorship deal with the company.

Each year, the Madrid squad are treated to a new car by the manufacturer and Ronaldo has been seen with an Audi RS5, an Audi R8 and an Audi S8.

But despite the guarantee of a fresh new Audi each year, it has not stopped Ronaldo splashing out millions on other new motors. 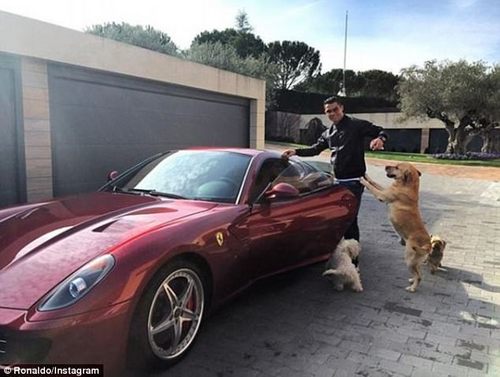 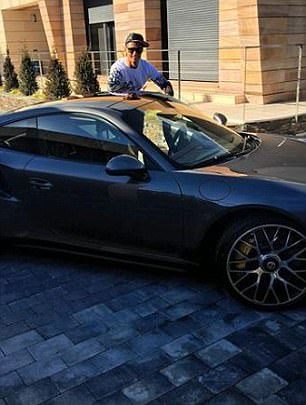 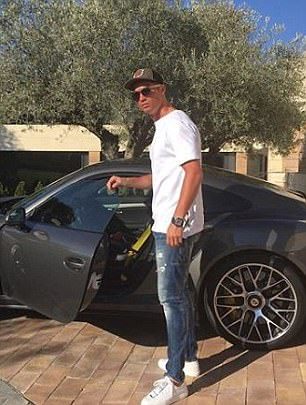 His car collection has ramped up to the highest level while entering the lucrative years of his career at one of the world’s most prestigious clubs.

He has shared pictures on his Instagram account posing alongside a Mercedes S65 AMG Coupe, a Range Rover Sport SVR, a Ferrari F12, a Porsche 911 Turbo S, a Mclaren mp4-12c and a Mercedes-Benz AMG GLE 63S – all of which cost comfortably over six figures.

He has two of the Mercedes S65 AMG Coupe – one in black and another in white. 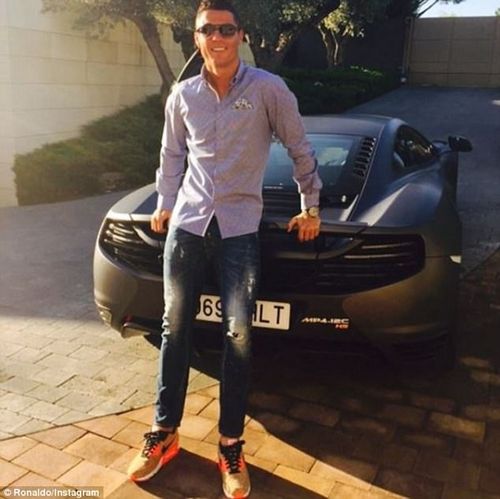 Ronaldo poses alongside his mum and his son in his £35,000 Chevrolet Camaro SS

Yet there are two cars in his collection that easily claim the centre of attention.

The Madrid star owns not one but two Bugattis, which cost an accumulative total of £4.2m.

Ronaldo has a black Bugatti Veron which costs £1.7m and reaches a top speed of 254mph.

But the jewel in the crown of his astonishing collection is a silver Bugatti Chiron which set him back £2.5m and can go an astonishing 261mph.

The Bugatti Veron cost Ronaldo £1.7m and can reach a highest speed of 254mph

The Bugatti Chiron is the jewel in the crown of Ronaldo’s car collection and costs £2.5m