As the Cricket World Cup begins, a sense of excitement has gripped Afghanistan.

Afghanistan will play its first match of the Cricket World Cup 2019 on Friday, against Australia [Andrew Couldridge/Reuters]

The country is rallying around its beloved national team, with hopes stirred after a recent victory against Pakistan in a warm-up match in Bristol, a city in England – the host of the tournament.

As they enjoy the competition from afar, Afghans are trying to forget the horrors of war. 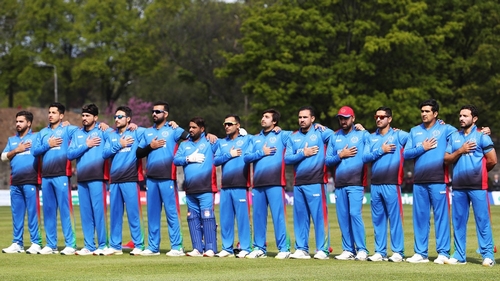 “Our hopes for the Afghan team are very high, they are at a good level at the moment,” said Ismail Ahmadzai, a businessman in the capital Kabul, who started playing cricket at the age of 13.

“Cricket is important for our country because there has been civil war for the last 40 years. We haven’t seen any other activity which could bring people together or make them happy. It has made the entire nation very happy.”

The Afghanistan Cricket Board (ACB) was formed in 1995 and in less than two decades, the national team became one of 12 countries with Test status.

The players witnessed the Taliban rule, between 1996 to 2001 when the group was toppled by the US-led coalition.

“When I look at my life and see where I am now, representing my country internationally, it makes me really happy to see how far we’ve come,” team captain Gulbadin Naib told Al Jazeera.

“It is not just sports for us, it is the love for the country that we have – and passion for cricket, which has brought us where we are now as a team.”

Naib, 28, was one of millions of Afghans who lived as a refugee in Pakistan, a cricket-obsessed nation where he learned to love the sport.

More than three million Afghans fled the Soviet invasion and civil war in the eighties and nineties. 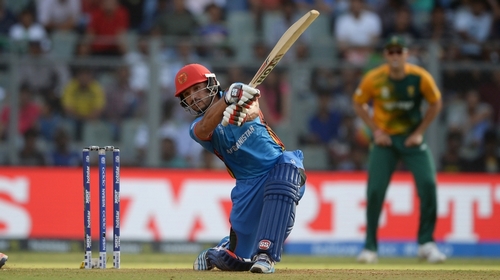 Gulbadin Naib, the team captain, fell in love with cricket in Pakistan, where he lived as a refugee [Gareth Copley/Getty Images]

Rashid Khan, who is top of the Twenty20 world rankings, the third best one-day international bowler and favourite of many Afghans, played a key role in the match.

Khan learned the sport in Pakistan as well when he fled with his family after the US invasion to topple the Taliban.

Many are pinning their hopes on Khan to bring the trophy home.

“I hope and pray that the Afghan blue tigers, especially my favourite player Rashid Khan, the best spinner of the world, beat as many teams as possible,” said Ahmad Sajjad Jalalzada, an employee at the Independent Election Commission.

“Afghans have been through hell for decades, but cricket seems like a flower blossoming in a barren land.”

Afghan cricketers consider India as their second home it offered the team use of sports facilities in Uttar Pradesh.

The former head of the Afghanistan Cricket Board, Shafiq Stanikzai, said last year that although Afghan cricket players were trained in Pakistan, the team has improved with Greater Noida as their home ground.

“In Pakistan, we trained a lot in the initial stages. Their support was also tremendous.

For the World Cup, Anand Milk Union Limited, or Amul, an Indian dairy company, will be the principal sponsor of the Afghanistan cricket team – with its logo to appear on the kit.

“India has now shown a huge interest in the development of the Afghan cricket team, this is a start of other sponsors showing heed in supporting our team,” Raees Ahmadzai, a former captain who now selects the under-19 team, told Al Jazeera. 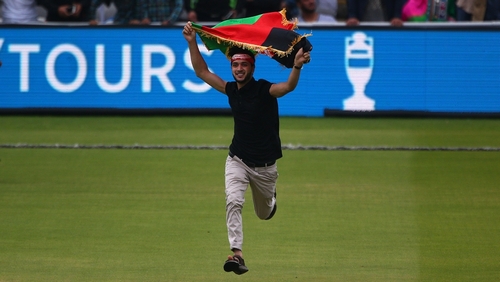 Afghanistan will play its first match on Friday, against Australia.

“The team should not always be compared to the war in the country, they are now on an international level, playing the game internationally.

“They are more than just a ray of hope to Afghanistan, they are profressional cricketers,” said Walid Hassan, who works at the education ministry.

“It’s big event for all teams, also a great opportunity for Afghanistan to play against all teams. Before the match starts, I just want to say: Afghanistan, bring the World Cup home.”