Martin O’Neill hailed talisman James McClean after his goal took Republic of Ireland into the World Cup play-offs at the expense of Wales.

The West Brom winger’s second-half strike proved the difference between the sides during a feisty contest in Cardiff.

It was McClean’s fourth goal of the qualifying campaign after winning efforts in Moldova and Austria. 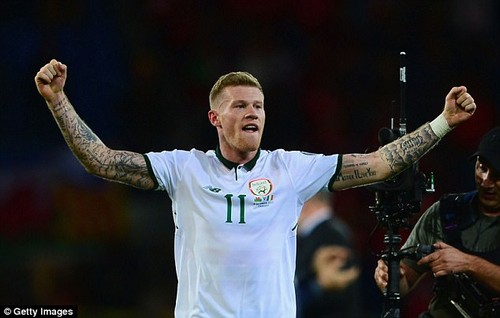 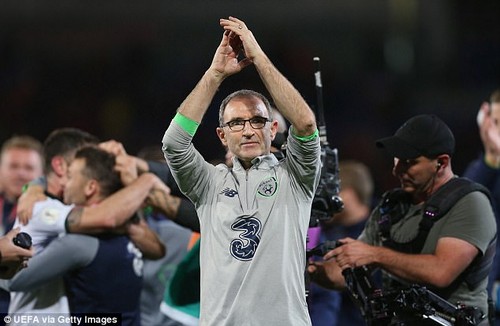 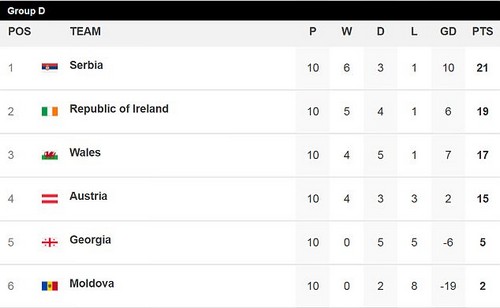 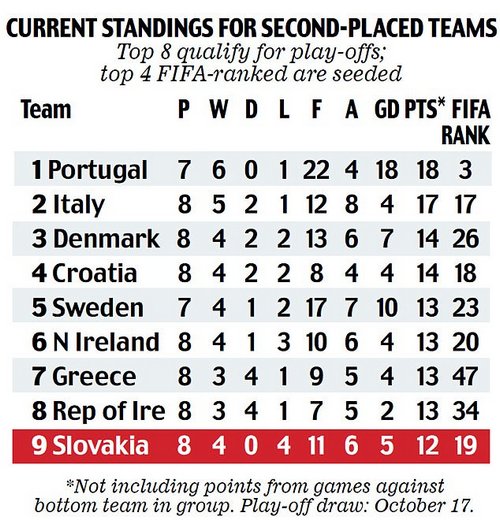 And O’Neill said: ‘James has just been magnificent for us. He just keeps going and going. His drive and determination have been our trademark.

‘He’s brilliant. He might not have the same total ability as Gareth Bale, but he’s been great for us. He’s been a talisman as Jon Walters was in the qualifying groups for the Euros.’

Ireland withstood early pressure before hitting Wales on a counter-attack just before the hour mark.

O’Neill added: ‘I’m so proud of the players, they were magnificent. We were playing away from home against a strong Wales side, so to come here and win is great.

‘The last half hour seemed an eternity. But I’ve never doubted the character of the players, that’s instilled in them. We might lack a few things but courage is not one of them.

‘In different matches, sometimes we can do better with the ball. But trying to qualify for the World Cup is a monumental task.’ 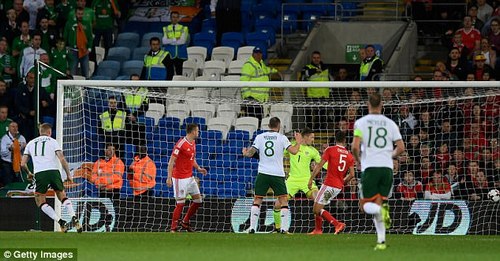 Ireland will now enter next Tuesday’s draw for November’s two-legged playoffs. As it stands, one of Italy, Portugal, Croatia or Denmark would be their opponents, but that could still change.

‘I don’t think everybody would want to play us,’ said O’Neill, whose captain Seamus Coleman could be fit to feature in those games after seven months out with a broken leg.

‘Do I fear teams in it? Absolutely. That’s the best way to be. But then we go out and beat them.’

McClean was equally as bullish as his boss when he declared: ‘A lot of people wrote us off and didn’t give us a chance – so we’ll enjoy this now.’

Of his goal – a first-time blast from Jeff Hendrick’s cross – he added: ‘I remember it just coming across, it was a great dummy by Harry Arter and as it was coming across I just said, “Keep it down”.

‘That feeling when it hit the back of the net… there’s no better feeling on a football pitch. But it’ll mean nothing if we don’t go and qualify now.’ 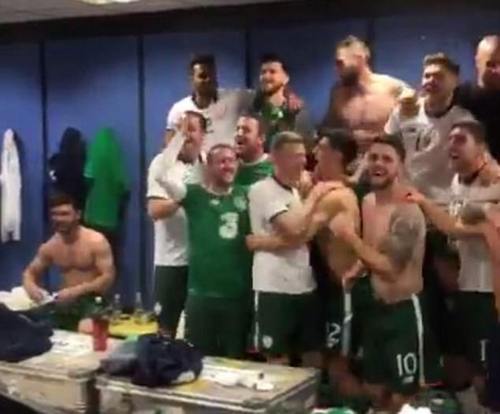 Neil Lennon: celebration was a ‘have some of that’ to Rangers fans after 5-5