Cristiano Ronaldo trained with his team-mates on Monday ahead of Portugal’s decisive final World Cup qualifier against Switzerland.

The European Champions have left it down to the last game to book their spot in next year’s World Cup in Russia.

Only a win would see Fernando Santos’ side claim top spot and the automatic qualifying place on goal difference. 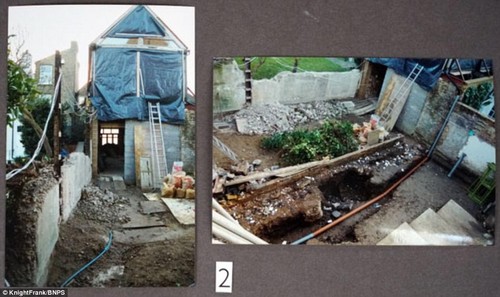 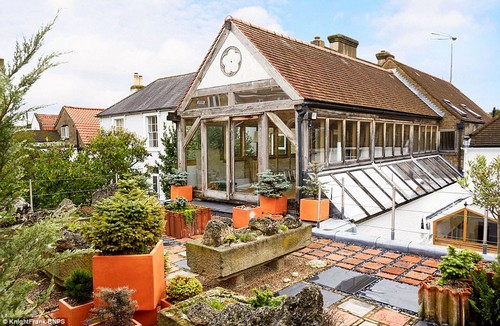 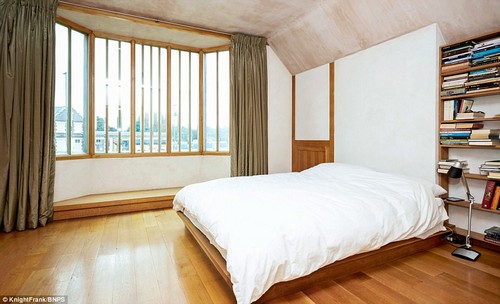 Anything thing else and Ronaldo and co will have to do it the hard way via the play-offs, though this is how they’ve qualified for the past two World Cups.

Despite the severity of Tuesday’s mouth-watering clash in Lisbon the Portugal squad seemed to be in relaxed mood as they trained at the Cidade do Futebol training facilities near the capital.

The Real Madrid star in particular looked calm and was seen laughing with team-mate Ricardo Quaresma during stretching exercises. 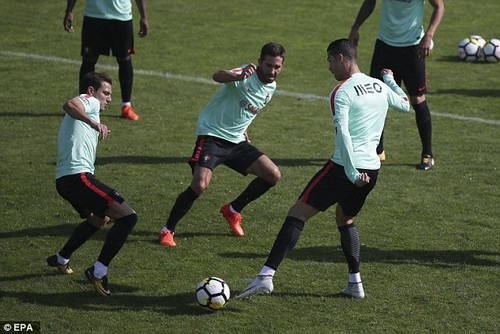 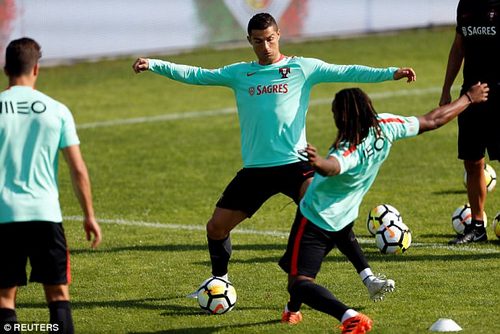 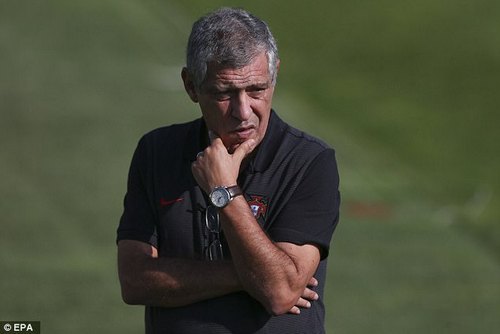 Fernando Santos’ side have lost once in qualifying, 2-0 to Switzerland in Ronaldo’s absence

The 32-year-old has been influential throughout Portugal’s World Cup qualifying campaign and is the second-highest scorer across Europe, one behind Poland’s Robert Lewandowski with 15 goals.

He came off the bench on Saturday to break the deadlock as they beat Andorra 2-0 to keep their dreams of automatic World Cup qualification alive. 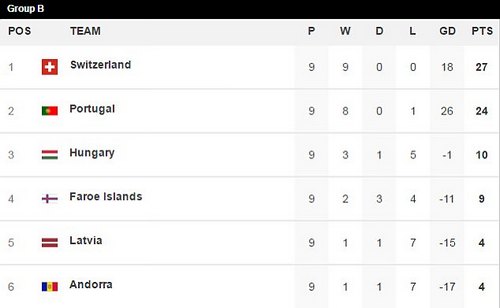 Santos’ side have won eight qualifying games on the bounce following their opening 2-0 defeat to Switzerland, which notably Ronaldo was out injured for.

And he will be eager to prove the difference this time around and secure his seat on the plane to Russia in their final game.

Ronaldo and Portugal train for qualifier with Switzerland