As Gareth Southgate knows, the draw in any sporting tournament matters most to those with least chance of winning it. To lift the trophy, the best sooner or later have to beat the best, be it on day one or in the final.

Yet the hidden drama in Friday’s women’s singles draw for Wimbledon was unavoidable from top to bottom – most obviously with Serena Williams’s return to the All England Club on Monday, after two years (one tournament) away, against the world No 107, Arantxa Rus of the Netherlands.

The tournament had already created tennis history by seeding the garlanded American in recognition of her achievements and her new status as a mother, while denying the world No 32, Dominika Cibulkova, a place in the protected top tier.

The Slovakian is thrown into a sub-plot on Tuesday when she has to beat the accomplished Frenchwoman Alize Cornet and then, possibly, Britain’s Johanna Konta, who is drawn against the Russian spelling challenge Natalia Vikhlyantseva. Cibulkova is not happy at being on the outside looking in.

But, beyond argument, the 30 seeded players in the draw not named Williams (Serena’s sister, the ninth-seeded Venus, who lost in the final last year, plays the Swede Johanna Larsson), will be happy they have been spared an early collision with the seven-times champion.

In a freak of scheduling six of Britain’s seven entrants are on the same side of the draw, and play on Tuesday. Katy Dunne has a tough assignment against the No 12 seed and former French Open champion, Jelena Ostapenko; Heather Watson, still searching for some of her old form, will have her chances against the Belgian Kirsten Flipkens; wildcard Gabriella Taylor has a great chance to claim a big scalp in Eugenie Bouchard, whose form is all over the place; and the very much in-form Katie Boulter will relish a match against Verónica Cepede Royg.

However, Naomi Broady will have plenty to commiserate about with her brother, Liam – who plays the 13th seed, Milos Raonic – as she contemplates an opening round against the reigning champion, Garbiñe Muguruza. A spot on Centre Court may be brief consolation for what is one of the most difficult matches at the start of the fortnight.

Serena Williams could hardly have asked for a kinder draw. The last time Rus won a match at Wimbledon was six years ago and she failed to get out of the qualifying tournament last year. Thereafter Williams has a second-round stroll against either the world No 136 qualifier, Viktoriya Tomova, or the 167th-ranked Tereza Smitkova.

It is not until the fourth round, where Madison Keys will probably be waiting, that Williams is likely to be stretched. Her fitness, though, remains to be properly tested after her late withdrawal from her French Open fourth-round match against Maria Sharapova with a stomach muscle injury.

Sharapova, whose form has been marginal in the lead-up, is in the same quarter of the draw as Konta, Dunne, Watson and the No 1 seed, Simona Halep, who looks to have an untroubled path in front of her until the fourth round, where she may play Konta.

Konta was hitting fluently on the practice courts on Friday and, despite an early exit at Eastbourne against Caroline Wozniacki this week, remains upbeat. If she is to replicate her rousing run to the semi-finals last year, however, she will need to find further improvement.

She is still Britain’s highest-ranked woman and, at her clinical best, capable of getting out of the first week, maybe even reach the semi-finals again. A year ago she beat Halep to get there. To do so again would be some statement. 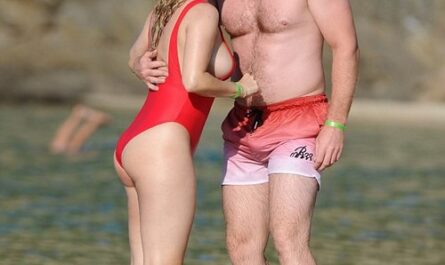