The South American qualifying stage draws to a climatic conclusion on Tuesday, but the fate of five countries still remains up in the air.

Four of the ten sides will make it through to the finals, while the fifth-placed side will play against New Zealand in an inter-continental play-off to decide who will qualify.

The fates of Chile, Colombia, Peru, Argentina and Paraguay all remain at stake in what has transpired to be a very topsy-turvy group. 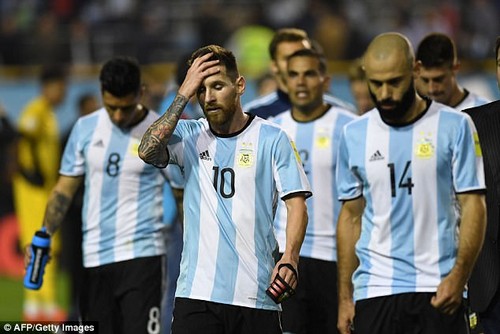 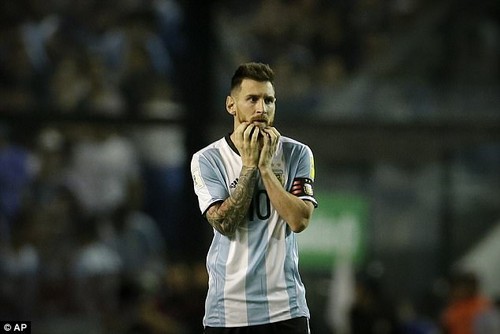 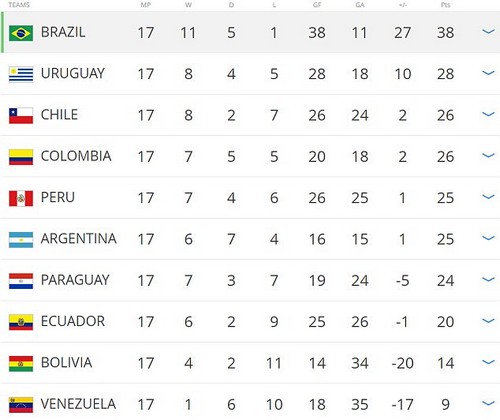 Chile should have little to worry about, regardless of the result. Peru host Colombia in arguably the most decisive fixture, while Argentina and Paraguay face eliminated Ecuador and Venezuela respectively as their hopes linger in the balance.

Brazil have sent a message not only to South American football, but to the world, that they are the dominant force to be reckoned with. They sit ten points clear of Uruguay in second, with a staggering goal difference of +27 to their name.

The attacking prowess of Neymar, Gabriel Jesus and Coutinho has proved insatiable in front of goal, exemplified perfectly by a 4-1 demolition job of Uruguay in Montevideo and a 3-0 thrashing of fierce rivals Argentina.

Uruguay have stuttered over the line following an abject 0-0 draw away to minnows Venezuela on Thursday evening. 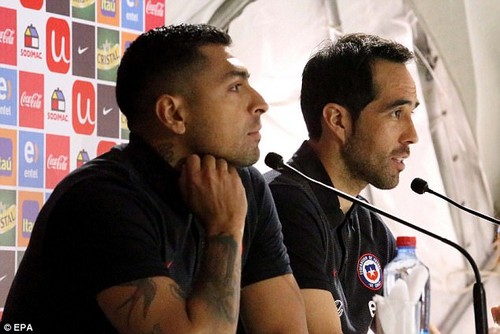 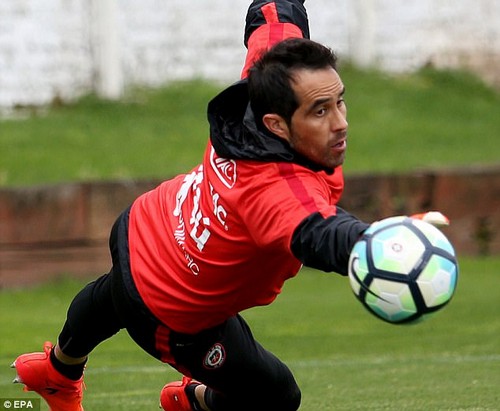 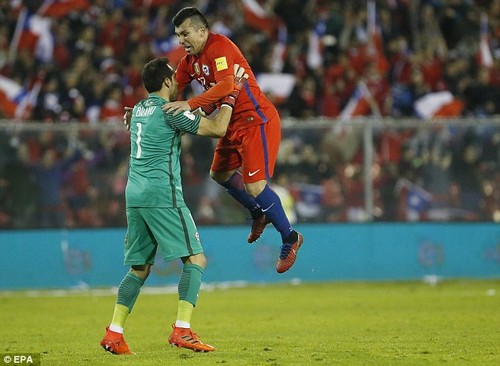 Oscar Tabarez will be hoping for an upturn in his teams form when July comes around, with just one win to show for in their previous six qualifying matches.

Were it not for their strong start and Edinson Cavani’s nine-goal haul they would not be on the plane for Russia at all.

While the turmoil surrounding his Arsenal career lingers on, Alexis Sanchez has been in scintillating form for his national side, as he trails Cavani by just two goals at the top of the scoring charts for Chile.

Their position remains a precarious one with a draw unlikely to suffice in their final fixture, despite sitting in third. Sanchez, along with Arturo Vidal will need to be in inspired form as they face the daunting proposition of Brazil away.

After making a major impression at the 2016 World Cup in Brazil where they narrowly went out at the quarter-finals stage, Colombia are right in the mix for qualification for back-to-back tournaments for the first time since 1994.

However, their fate boils down to the final day after shockingly conceding two late goals to Paraguay to keep them in limbo for another game.

The story of South America so far has been Peru. Backed by a voracious and expectant crowd, home and away, Los Incas have upset the status quo with a flurry of positive results in the last seven weeks – four wins, two draws and a solitary defeat – to haul themselves in contention for a World Cup spot.

Though a tad shaky at the back, Edison Flores and Paulo Guerrero have provided the goals at the other end to ensure that, no matter what happens, Peru at least provide plenty of entertainment.

Ecuador caretaker boss, who is from Argentina, could mastermind his home nation’s downfall

Argentina, now under the management of Jorge Sampaoli, have failed to replicate his swaggering teams of old such as Chile and Sevilla with a paltry return of just sixteen goals in seventeen games.

An astonishing feat given the calibre of player at the 57 year-olds disposal – namely Lionel Messi, Gonzalo Higuain, Paolo Dybala and Angel di Maria. The Argentinian’s campaign has fizzled out following a winless four-game streak to leave them sixth and on the brink of elimination.

Paraguay’s shortcomings have lied mainly with their consistency, or lack of it. Away trips to Argentina, Chile and Colombia have all heralded victories, while their home form has remained tetchy at best.

One thing is for certain, they aren’t going down without a fight. A number of heavy defeats might be what counts against them though.

With nothing at stake for Ecuador aside from national pride, Jorge Celico’s men can inflict the biggest and most embarrassing upset in Argentina’s history since 1970 when they last failed to qualify for the World Cup.

This is a must win game for the visitors, who must put the shackles aside and conjure up some magic from their embarrassment of riches.

The one saving grace of facing Brazil on the last game of qualifying is that they have already qualified and might be complacent. To expect the five-time world champions to take them lightly would be naïve on Juan Antonio Pizzi’s part though.

A defeat for Chile could easily see them plummet from third to seventh. A draw should suffice for the play-offs, but La Roja would be playing a dangerous game if they settle for that.

The task at hand for Peru remains clear: beat Colombia and they have at the very least secured a play-off place against New Zealand. Easier said than done, for South America’s surprise package who were, at the very best, a speculative bet for qualification at the start of proceedings. Colombia cannot afford to take their opponents lightly following a chastening defeat to Paraguay. They could very well rue conceding those late goals.

Perhaps the biggest non-entity of a game remaining. Little is at stake for Uruguay. Even if they were to lose, a staggering set of events would have to unfold in order to prise qualification away from Tabarez’s men.

Firstly an improbably victory for Chile over Brazil; secondly victory for Colombia or a landslide victory for Peru – to the tune of nine goals; and thirdly Argentina winning and overturning the same nine-goal deficit in favour of Uruguay. Play-offs are at least guaranteed.

Los Guaranies’ fate may be out of their hands, however dispatching the Venezuelans should prove a far simpler task than defeating a Colombian side boasting the likes of James Rodriguez and Radamel Falcao. The dream remains very much on for Paraguay.

Chile, Colombia and Colombia are the three big guns at risk of not making it through.

If Chile lose to Brazil and just two of the trailing four sides win, they will miss out on automatic qu
alification. Failure to win for Colombia fail to win and there is a high possibility they will not make it. Argentina’s remit is simply a win – a draw is no good.

An intriguing set of games certainly lie in wait.