Sketch ice arena on the left Bank of the Ob river, offered by the company “Park of Champions”

The international ice hockey Federation approved the holding of the Youth world Cup 2023 in Novosibirsk.

About it reports “R-Sport” with reference to the President of Federation of hockey of Russia Vladislav Tretyak.

According to the publication, today, may 18, the international ice hockey Federation (IIHF) approved a 10-year contract with Federation of hockey of Canada – it is painted the venue of the next world youth Championships.

“And there is indicated that in the 2023 tournament will be held in Novosibirsk. Thus, IIHF has approved the tournament,” – said Tretiak.

The matches of the championship will be held at the new ice arena, the construction of which during his visit to Novosibirsk was supported by President of Russia Vladimir Putin. In late April, the regional Ministry of construction chose a company that will design this building. For the new LDS authorities define the plot of 11.4 hectares on the street Nemirovich-Danchenko next to a prospective metro station “Sportivnaya”.

The total area of the building, according to the conditions of the procurement will exceed 70 thousand square meters, two multi-storey blocks will be placed the main arena with tribunes on 10 thousand spectators, training arena and gyms. The layout of separate locker rooms for the home team designers will have to coordinate with the hockey club “Siberia”.

Novosibirets has paid the penalty for marsh fans of HC “Siberia”, and the club reimbursed them 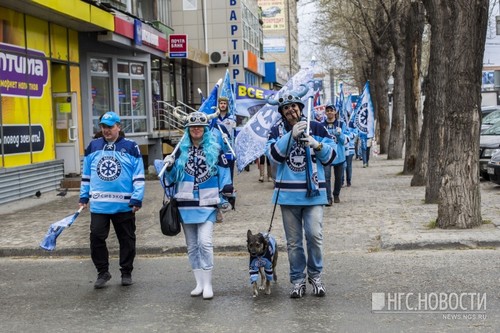 Club Kazantsev reimbursed the full amount of the fine

Hockey club “Siberia” has indemnified the fan Dmitry Kazantsev 10 thousand roubles – such penalty he was given the Lenin district court for the organization of the mock procession through the Avenue of Karl Marx on may 13.

In the words of the playwright, he was reimbursed the full amount of the penalty on the personal order of the General Manager “Siberia” Cyril Fastiv.

“I paid the fine on may 21, then me at the club promised to reimburse the amount. The money was taken away today in the LDS “Siberia”, I gave them to the chief of security. He came out and gave what the order of Cyril Fastovsky, which is not in the city now. No final words weren’t”, – told the correspondent NGS fan “Siberia” Dmitry Kazantsev.

According to Kazantsev, in the future, he plans to hold another March, but more mass.

“Plans in July to make a procession. More ambitious, but all will be from many factors. Very much must be the same and many have to make a decision, to make my idea come true. The March will take place anyway, but may be removed by me some moments”, – said a fan “Siberia”.

A similar case was in 2014, when fans of “Siberia” was detained after a match with Kazan “AK Bars” thrown on the ice caps. The court quashed the fine fan. 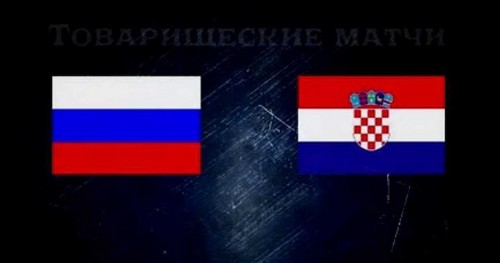 According to VTSIOM, the match Russia – Croatia, held on 7 July in the framework of 1/4-th world championship on football-2018 are going to watch 68% of survey participants. 65% plan to do so at home or at work, and 2% in the fanzone and the stadium in Sochi, 1%, in a cafe or bar.

We were shown a real football! 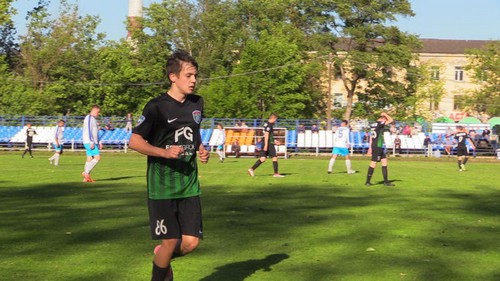 By the way, our two fellow countrymen have defended the honor of the club in playing the colors of conences -Dmitry Belousov and Andrei Tikhonov, born in Staraya Ladoga and Windin of the Island.

If football rewind the tape a little bit ago, two weeks previously at the stadium “metallurg” our players in the championship had a very heavy physically, and psychologically play with the team “Kirovets” from Tikhvin. As told by the players, these meetings are always important and strong-willed character, is no exception and this game. Throughout the match it was unclear whether the boys win and take the full 3 points or share them with guests. To our great joy, they were able to score the third goal and snatch, that is, teeth this a difficult win for themselves and for our city.

But back to the Cup match. We all know that the games in this tournament are different from games of the regular season. The Cup made a mistake, the team is eliminated no right to continue. But the main aim and objective in front of our players and the coaching staff is to win the Cup of the Leningrad region and place in the top three of the championship field.

A series of 4 wins in the regular season attracted the attention of the entire football of Leningrad region to the game of bolhovchan, so the Cup match was attended by regional TV covering this meeting along with the locals. The game in the first half was completely under the control of the players FSTS, they are systematically and intelligently at the expense of small and medium pass began their attacks, and were active on the flanks, creating chances that sooner or later had to open the visitors ‘ defence. In one of these attacks, passing over the left brow and turning as usual supersonic speed, our Sergey Safronov has filed almost on the front in the penalty area after an excellent pass from his teammates an unstoppable shot into the top corner Cyril Barausov, incidentally, also a native of Staraya Ladoga. 19 number DSF – cousin “dozens” of conences. Here’s in Staraya Ladoga talented family dynasty! After scoring guests tried at the expense of long passes to move the game from his own goal to level the score, but in the final phase of the attack is not enough, that is called last pass. But our players before the break were able to once again upset tenentes, scoring them a second ball. During the break the coaches FSTS asked the guys to play back more severely, to give the initiative to play a second room for carrying out goal-scoring counterattack. The guys understand the installation too literally and the second half completely lost. Tenancy playing the first number, I felt confident, once again began to check blows our goalkeeper. But from time to time, these threats remained unfulfilled. And about 10 minutes before the end of the meeting, tenency was able to score this life-saving ball. Fans were expecting an interesting ending: it was composed and scored the third goal of bolhovchan and unrealized 11-meter strike in the performance, and a dangerous kick from the right flag of “Tosno”. It should be noted that in both episodes above all praise played our goalkeeper Viktor Tongue, managed to preserve the score 3:1 for his team. In General, a crazy ending!

Our players in the semifinals will meet on July 11 with a team of Vsevolozhsk district. Volkhov wish the players good luck and victories. Forward!

Separate words of gratitude and attention, workers of stadium “metallurg”, which are always friendly to all the athletes and teams. Thank you very much for the emerald green of the football field, it helps, I think, to win for our players.