A vintage summer is unfolding, one that may go down as one of the most memorable ever and this weekend could be the high point. England are still in the World Cup; the wretched government is in serious trouble and the hot weather, which is going to cool down a tad in midweek, is going to be firmly back by then.

The Met Office states that a heatwave is “an extended period of hot weather relative to the expected conditions of the area at that time of year.” That’s far from a definitive definition – but the fact the UK is enjoying a heatwave in 2018 received official sanction yesterday when York racecourse announced that there will be ‘no jacket required’ for gentlemen this weekend at their meeting on what has become known as ‘Super Saturday’.

York was renowned for its refusal to relax its strict dress code in the past and there were complaints from racegoers who were forced to swelter in the conditions. Anyone going racing on the Knavesmire will still have to wear a collar and tie in the County Stand and will certainly not be allowed to wear shorts. 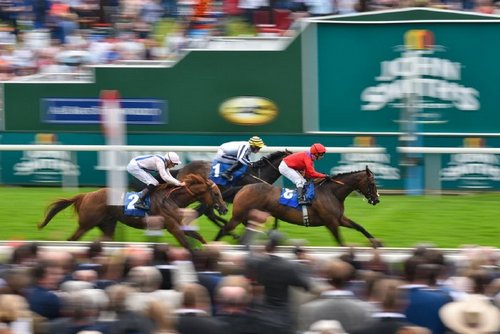 NO JACKET REQUIRED for gents this weekend due to continued sunny forecast ☀️https://t.co/xbnIn0nXxM pic.twitter.com/9EwRO75JiI

For ridiculous edicts on clothes at the races it’s necessary to turn to another Yorkshire track, Thirsk, where last week those planning on coming to the racecourse were informed: “Due to the fabulous weather & continued heat, tailored shorts will be permitted in the #thirskraces Premier Enclosure on Wed 4th July. Please note these must be tailored.”

Eddie Fremantle, late of this parish, asked the track about what footwear would be in order, appropriately enough from his @eddietheshoe Twitter account. “May we wear trainers as well as tailored shorts or do we still need formal shoes?” asked Eddie and received the answer ‘No’ to which he replied: “Thank you. Going to look a bit daft!” Welcome to the crazy world of racing’s dress code.

At Pontefract on Tuesday temperatures are expected to reach a relatively cool 21 degrees which will come as a welcome respite for racegoers and horses alike. Shenanigans (3.00) rates the best bet on the day. Roger Varian’s runner has the form in Group Three company to take this Listed race at a lower level and the weight she gets from the obvious danger, Promising Run, may prove decisive.

Brighton racecourse on a summer’s evening will be a popular destination and punters can make the trip pay by backing Gainsay (6.40) in the extended six-furlong handicap. She has shown distinct improvement this summer and crucially, with this specialist track in mind, has course-and-distance winning form.