Zlatan Ibrahimovic may not have enjoyed his time at Barcelona but one highlight was forging a friendship with legendary French striker Thierry Henry.

The two spent a season together at the Nou Camp in 2009, winning La Liga in the process, but it was far from a memorable one on an individual basis for either.

However, the two became close and have spoken highly of each-other ever since. 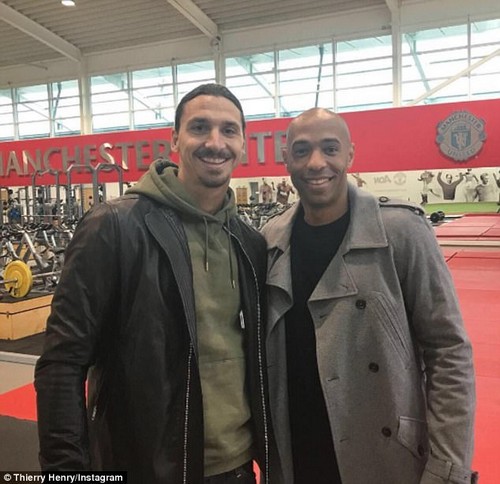 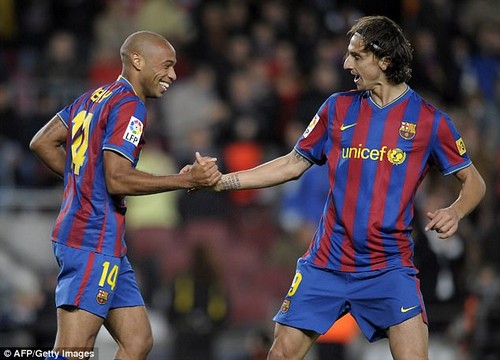 And Henry took to Instagram on Thursday to document their latest meeting as the pair of striking greats posed for a photo in the Manchester United gym.

Fans have plenty to look forward to from the pair’s catch-up as footballer-turned-pundit Henry revealed he had interviewed Ibrahimovic for a feature on Sky Sports this Saturday ahead of United’s clash with Tottenham.

‘Great day with Zlatan Ibrahimovic today,’ Henry wrote. ‘What a player but what a man! See the interview on SkySportsPL from 11.30am on Saturday.’

Ibrahimovic is yet to feature this campaign after picking up a serious cruciate knee ligament injury at the end of last term.

But the 36-year-old is targeting a comeback before the end of the year, having returned to training with first-team squad last week.

The former Sweden captain had a fine first season in England, bagging 28 goals in 48 appearances as United won both the League Cup and the Europa League.