Donning his own Knievel-like costume, Pastrana used an Indian Scout FTR750 to jump 143 feet to clear 52 crushed cars, 192 feet over 16 Greyhound buses and concluded by jumping 149 feet to clear the fountains at Caesars Palace.

“It’s just such an honor to live a day in Evel’s footsteps, and literally his boots,” Pastrana said. “To be here in Las Vegas, so much of my history has been here. I proposed to my wife here, I had the first Nitro Circus show here. This was definitely the coolest thing I’ve ever done.” 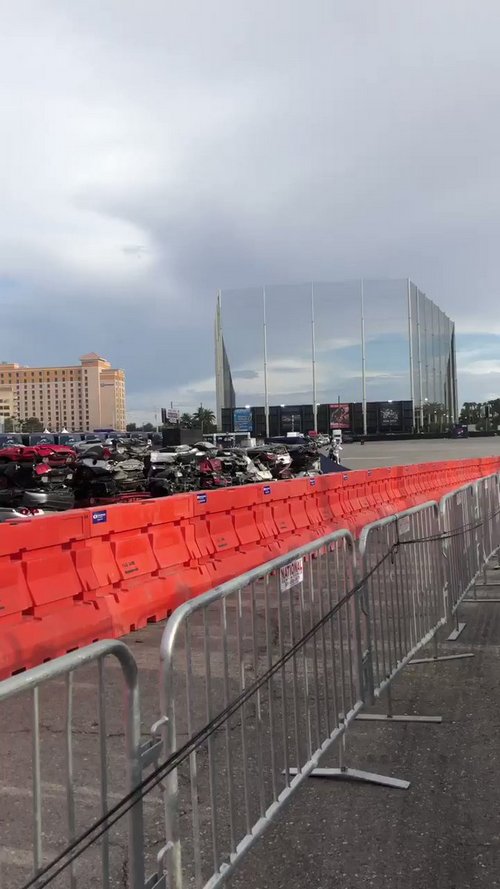 Pastrana, who is nearing the end of an impressive career as a stunt showman and professional motorsports competitor, admitted he was nervous leading up to the event, which began in an empty lot behind off Las Vegas’s famous Strip.

“This is all about Evel, and the coolest thing about this whole thing, all of Evel’s family is out here,” said Pastrana, whose outfit included a white jumpsuit with the blue V and white stars, a cape and high heel dress boots. “This is the home of the most iconic jump, one of the most iconic events that has ever gone down. And to end at Caesars Palace, to have a chance to jump the fountain.  It’s not the longest jump but it’s definitely the hardest.”

After his first two jumps over the cars and buses, Pastrana had a police escort while riding the same motorcycle along Las Vegas Boulevard all while popping wheelies and stopping to high-five and shake hands with fans.

“To be able to get a police escort on the Las Vegas Strip, I mean c’mon,” said Pastrana, 34, who cleared the fountains over 50 years after Knievel famously crashed while attempting the same feat. 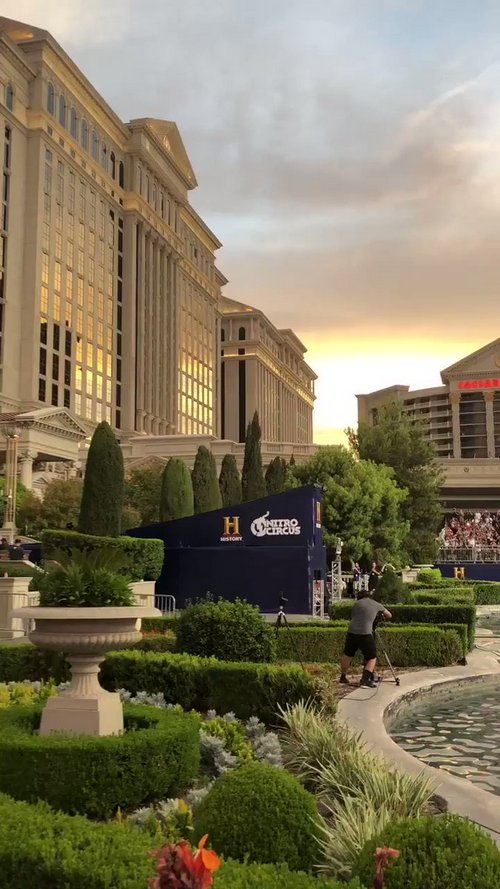 History made! 3 jumps in 1 night. @TravisPastrana you are an absolute legend ? #EvelLive pic.twitter.com/pZ3jCzqoxJ

Pastrana jumped the fountain in the opposite direction Knievel did. With the area much more built out than it was on New Year’s Eve in 1967, Pastrana had less space for his approach, leaving him a shorter distance to reach approximately 70 miles per hour before takeoff.

Knievel, who died in 2007 aged 69, came up short on his attempt at jumping the fountain, hitting the knuckle just before the landing ramp and losing control. He flew head first over the handlebars and tumbled along the pavement, crushing his pelvis and fracturing several other bones in the process.Knievel jumped over 50 crushed cars at the Los Angeles Coliseum in 1973, and 14 Greyhound buses in 1975 at Ohio’s Kings Island amusement park.

“I’ve had a front row seat for everything Travis has done since 2003, and I can tell you this is extra special because Evel Knievel is somebody Travis has 100% has looked up to his whole entire life, and me as well,” said “Streetbike” Tommy Passemante, a member of Pastrana’s action sports collective Nitro Circus posse. “This is the greatest thing to pay homage to the greatest to ever do it. There’s not a better showman that’s ever happened in the sports action industry like Evel Knievel.”