Donald Trump lauded the NFL’s new guidelines prohibiting kneeling during the Star-Spangled Banner, saying that “maybe you shouldn’t be in the country” if you don’t stand for the national anthem.

The US president spoke to Fox & Friends in an interview that aired Thursday. The policy forbids players from sitting or taking a knee on the field during the pre-game performance of the anthem but allows them to stay in the locker room. Any violations of the new rules would result in fines against teams.

“I think that’s good,” Trump said in the interview that was recorded on Wednesday shortly after the NFL’s announcement of the policy. “I don’t think people should be staying in the locker rooms, but still I think it’s good. You have to stand proudly for the national anthem. Or you shouldn’t be playing, you shouldn’t be there. Maybe you shouldn’t be in the country.

“You have to stand proudly for the national anthem and the NFL owners did the right thing if that’s what they’ve done.”

Trump thrust the issue to the forefront in September when he called on the NFL’s owners to ban any player who followed former San Francisco 49ers quarterback Colin Kaepernick’s lead by kneeling during the anthem, prompting an unprecedented wave of protest across the league.

“Wouldn’t you love to see one of these NFL owners, when somebody disrespects our flag, to say, ‘Get that son of a bitch off the field right now. Out! He’s fired. He’s fired!’” the president said at an Alabama rally.

Trump’s comments spurred a national conversation about patriotism and the nation’s symbols and the use of peaceful protest. The president said in Wednesday’s interview that he thought “the people” pushed for the new policy.

Vice president Mike Pence wasted no time claiming the NFL’s decision as a victory for the administration on Wednesday, posting a screenshot of a news story on Twitter shortly after the announcement with the caption: #Winning. 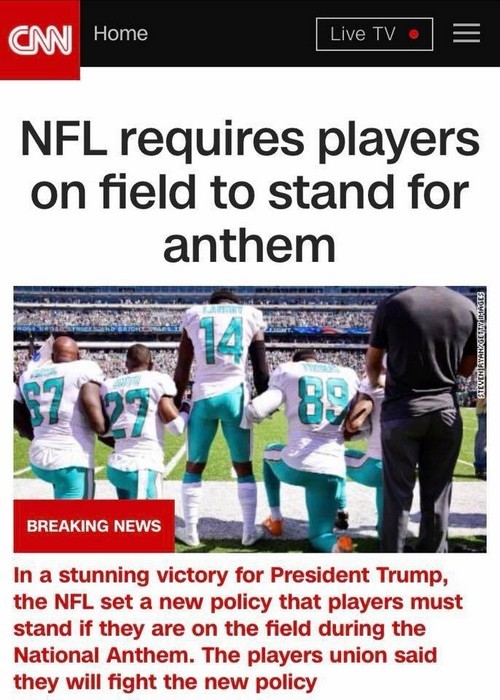 “Today’s decision by the @NFL is a win for the fans, a win for @POTUS, and a win for America,” Pence wrote in a follow-up tweet. “Americans can once again come together around what unites us – our flag, our military, and our National Anthem. Thank you NFL.” 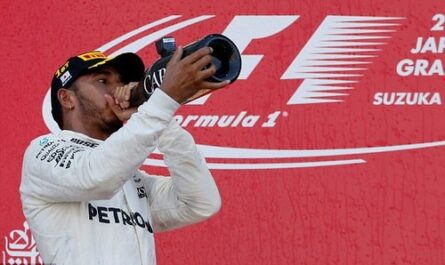