Skip to content
18.08.2022
Sport
Northwest’s volleyball team remains at No. 2 in the rankings this week. (Photo courtesy of Stephanie Blake)

That’s the question Langley will be looking to answer after a tough week handed it its second and third losses of the year. The Saxons lost to Yorktown on Tuesday and then dropped a tight five-set match to Chantilly on Thursday.

“Yorktown really served well. I’m not sure if we were ready for that,” Langley Coach Susan Shifflett said. “And then we always have great matches with Chantilly. The two teams just always match up well.”

At the end of the week, the Saxons didn’t hone in on weaknesses or ramp up practice efforts. Instead, the opposite was needed.

“After a week like that, it’s good to be away from each other for a little,” Shifflett said. “Just to take a step back and relax and regroup.”

While Langley tries to get back on track, Yorktown will be celebrating a solid victory over a fellow Northern Virginia power. The Patriots move up a spot in this week’s rankings.

The Raiders gave up only 18 total points against Park View last week.

Still rolling after their big Damascus win, the Jaguars had no issues dropping Gaithersburg and Poolesville.

The Huskies won the 15-team Garden State challenge over the weekend, a tournament featuring some of the best teams from New York and New Jersey.

Middleburg Academy had no troubles last week but now faces a huge rematch against Flint Hill on Thursday.

A trip to St. John’s saw the Tartans drop the third set but hold on for a solid 3-1 conference win.

Senior outside hitter Cat Vaccaro had 18 kills and 11 digs in the victory over Langley.

Senior setter Jenna Jaeger led her team with 36 assists in a 3-1 win over Leonardtown.

The Wildcats had most of last week off, giving them time to prepare for matches against Great Mill and Annapolis.

The Chargers’ only loss this year came against Flint Hill in early September.

All records through Monday. 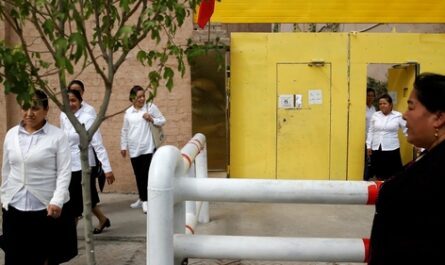