Amateurs and professionals, beginners and experienced runners ran through the city on the weekends. This is the fourth annual run of the project “Voronezh marathon”. “For active lifestyle and love of the sport” – the motto from the running of Voronezh.

Massively fun and too cheerfully for the early and cold mornings – so on the Admiralty square, the party begins running. Almost at the start to register those who have not yet online registered numbers get 1.5 thousand. 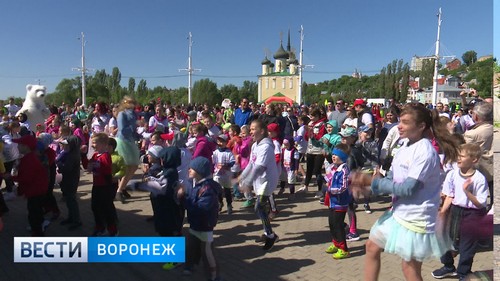 Kids run this year for the first time. The distance is small – only 250 and 500 meters. Finish soon – after a couple of minutes of power at a kindergarten is running out.

The kids overcome the distance in wheelchairs and on scooters. And even those who are older – still without the help of caring parents. One of the first winners – a second-grader Nikita Ryzhenkov.

– I was running fourth, then overtook, there was a girl. I have a sick leg. But still first girl, and the boys – I won, – said the winner of the race at 500 meters Nikita Ryzhenkov. 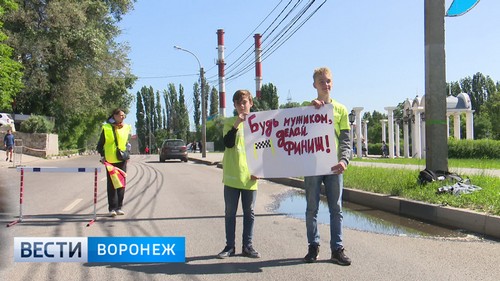 – Run very hard, and when I was overtaken right at the end it was difficult, – the participant of the race at 500 meters Pavel Shakhov.

I expect my distance to 10 kilometers. A little scary, because for the first time. – How do you assess their strength? – I’m determined to prove himself – said the participant of the race for 10 kilometers Svetlana Shakhova.

Before the race for three kilometers, the organizers suggest to take it slow, start with easy running and gradually increase the speed. And before the start of a productive workout.

With adults allowed to escape and some children. Here, everything is under control – without help on the health status and access to the competition at the start still will not start.

– Every night I run there with my mom. I once ran ten. – Love running? I just when to lose weight started, – said the participant of the race at 3 kilometers Maxim drones. 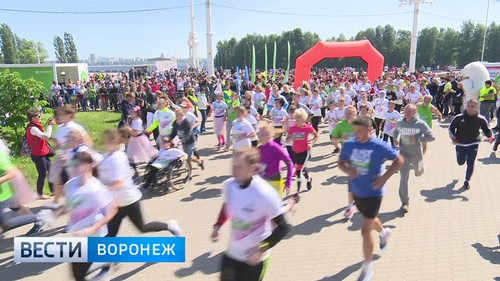 Along the way athletes support volunteers – among them many schoolchildren.

– The most difficult is to Wake up at 6 a.m. to 7 here to leave. Especially after one day drawn posters and sort out the number plates – said the volunteer “Voronezh marathon” Vladislav romeiko.

Instead of a morning preparation for the exam, Dmitry Anokhin finishes fastest in 9 minutes. Running, they say, is not just the norm – a necessity.

– I prepared according to a certain plan of the coach, listened to, performed, therefore, ran well. I was in Russia, at the end of the third cross, at the first youth of Russia, – said the winner of the race at 3 kilometers Dmitry Anokhin. 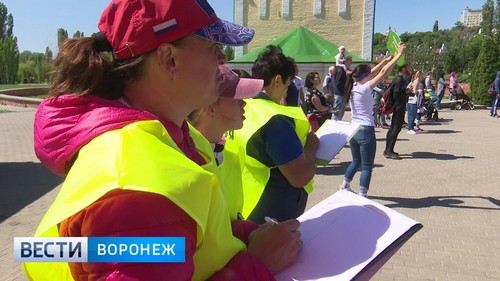 Among the regular participants of the marathon and a strong spirit of people with disabilities.

– Sports festival, a celebration of running. That is, the society is a single, indivisible society. Guys who are in a wheelchair are not able to run the distance, that is, they run accompanying party race at 3 kilometers Mikhail Khlebnikov.

– The atmosphere is generally awesome. The people – friendly, in General, are positive, party of the race at 3 kilometers Leonid Hormones.

– I understand, you have sports to exercise more. And then it was hard to run. – I was with her, not she me. I thought three miles – I don’t know, a little distance. But it turned out that it’s so far away, – the participant of the race at 3 kilometers Divin Nambi.

Professional athletes are fighting for supremacy in the race for 10 kilometers. By the way, each participant has an electronic chip device automatically provides the timing to have everything exactly when summarizing. Although the main thing here is not to win but to participate.