Danny Cipriani has posted an Instagram photo after training with heavyweight boxer David Haye as he continues his recovery from injury.

The Wasps fly-half was ruled out for up to 12 weeks with a knee injury in September, but appears to be on the mend.

Cipriani was forced off the pitch in Wasps’ 24-21 defeat by Harlequins and it was later reported by Sportsmail that he suffered a torn medial ligament. 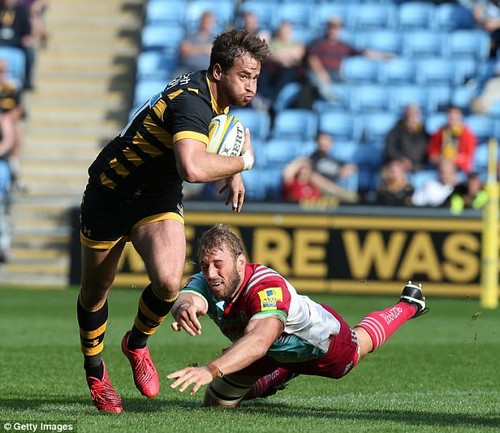 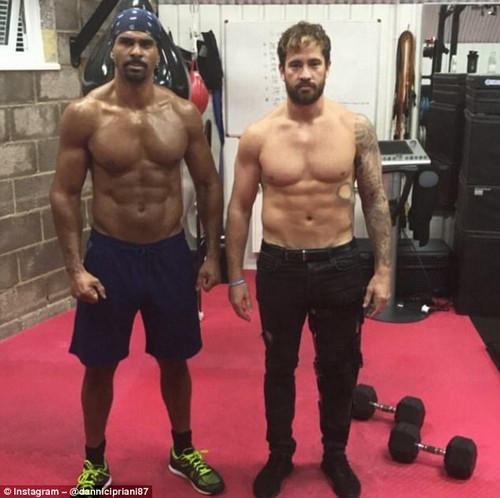 Cipriani’s rehabilitation, though, is not a lonely experience, as he took to Instagram with Haye on Monday evening.

‘Look inside of my soul and you can find gold and maybe get rich’ #kendrick,’ Cipriani wrote in reference to music artist Kendrick Lamar.

The injury was a cruel set back for the Englishman as he eyed a potential recall to the national side, as well as a heavy blow to his struggling team-mates, who sit 10th in the Aviva Premiership with just two victories to show for. 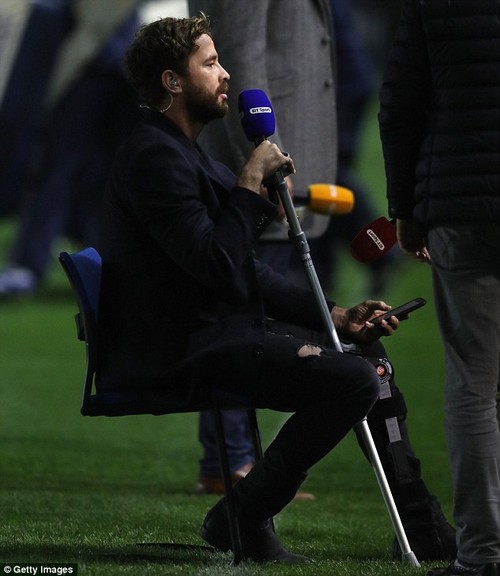 ‘He’s not looking in bad nick,’ Cipriani says as Haye pumps himself up in the back ground

Cipriani gestures to the camera as he warns off all future Haye opposition, namely Bellew

The 29-year-old last appeared for England in 2015 but his dreams of featuring in Eddie Jones’ side look bleak and have added more woes to a career under fire.

Haye meanwhile, who is preparing for his upcoming rematch with Tony Bellew on December 17 at the O2 Arena, shared the same image but with a simpler message.

‘Good to have @dannycipriani87 in the gym today,’ the Hayemaker wrote.

As well as this, Haye uploaded a video to his Instagram story, where Cipriani says: ‘He’s not looking in bad nick.’