A fashion lover was less than impressed when her taste in shoes rubbed off on her dog – who developed an appetite for her favourite £670 (AUS$1200) Valentino’s.

The eight-month-old Shiba Inu puppy called Toko was left alone briefly with owner Anastasia Fai’s Rockstud court shoes at their home in Melbourne when the puppy devoured them.

Anastasia, 33, works as a director at the Australian Fashion Film Award and was shooting a fashion film that day.

‘I brought out a few of my nice things to the living room to add to the styling wardrobe – shoes, bags, dresses,’ she told the Daily Mail Online.

‘We were a bit rushed and I actually forgot to put them away – the shoes were left on the couch in my living room.

‘As I drove off I remember thinking: “He better not touch them – they are my favourite shoes now!”.

Anastasia had only worn her beloved studded Valentino court shoes once before the devastating dog disaster befell them.

‘I could not believe what was in front of me – I was speechless! Toko was not even bothered by me when I walked in and he continued to chew the shoes!

‘I kept saying to myself that they could be fixed, but when I inspected the damage, I knew that was it. 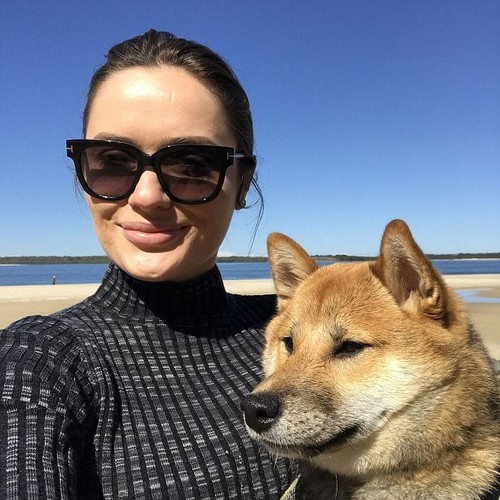 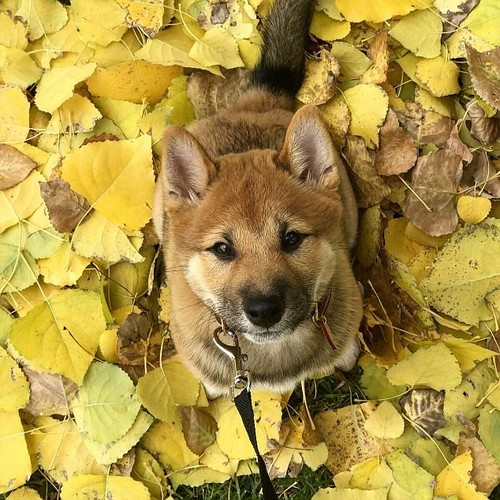 ‘I actually had an idea to look for another girl who had the same pair of shoes, same size and who’s dog ate the other foot, so we could trade and make up the pair.’

Anastasia said that Toko’s tastes are not usually so expensive and he generally goes for flip-flops rather than fashion shoes.

‘He seems to have a thing for flip-flops – he stole and destroyed every pair in the house. And he also shreds paper shopping bags. 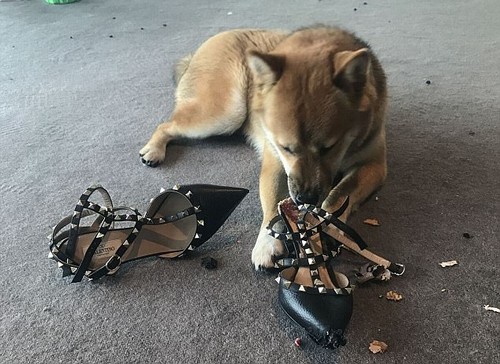 Anastasia, 33, works as a director at the Australian Fashion Film Award and was filming a fashion film that day; she brought out some ‘nice things’ to the living room to use in the shoot

‘But I usually take very good care of my things and Toko is not allowed in my bedroom where the wardrobe is, so I haven’t had many issues with fashion shoes. ‘

‘I love shoes! I used to buy a lot of special high heels that I’d rarely wear. Now I try to combine trends & comfort so that I can stay on my feet all day when we film at events.

‘These Vs were perfect for that – very comfortable and dressed up any plain outfit. It was quite upsetting to lose a good comfy pair that had such a great ‘cost per wear’ potential.’

She said that she has become even more careful about protecting her precious shoes now and they are being kept well away from Toko’s hungry jaws.

‘All my shoes are stacked up in my wardrobe and drawers now,’ she said.

Toko has his own Instagram account now where his daring escapades are documented alongside his owner Anastasia‘s more glamorous life.

College football is turning schools into hotels with $475,000 rooms