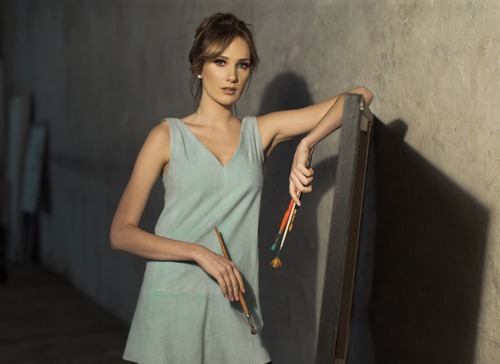 Surging, lively and authentic city with the Islands of green serenity in the many parks. My first impression from Tokyo five years ago, it was very ambiguous, so I’ve never thought about how to return. Especially with his paintings to participate in a group exhibition. Now, looking from the height of 35-th floor in this amazing city, as if living in 2025, I’m glad to be here again. The capital of Japan was opened to me another side, probably because I became more Mature and serious approach to life and his hobby of art. So relate to all the Japanese, being very sensitive to all the nuances and any emotional expression that approximates their view of the world to the vision of the artist. Everyone here is totally committed to the chosen activities, given her until the end, trying to go all the way to the bottom to perfection. So close to me!

After a nine hour flight from Moscow, I barely made it to the city centre. Taxi prices are very different from the usual Moscow or any European city. So I have to part with a tidy sum of money-especially if you forget about the yen (rate of about 2:1 against the ruble). But the initial shock quickly passes, it replaces the impression of superior service: I was greeted by a taxi driver in white gloves, carefully loaded the Luggage, quickly drove to the entrance of the hotel 10 times thanked and – attention! – in no case did not take a tip.

I had a few hours to freshen up before opening and Vernissage of Art Fair Tokyo. After a long flight to restore the healthy color of the skin best masks for the face and eyes of local production. Therefore, their presence in the hotel room was a pleasant surprise. Himself The Prince Gallery Hotel fully reflects Japanese style and hospitality. It occupies the upper floors of the skyscraper, from the lobby and rooms have wonderful views of downtown Akasaka, Ginza, Roppongi and Tokyo tower, so-called:ke tava:. The Japanese pronunciation is difficult to get used to as accents in the English language, will always have to concentrate hard and often again.

Probably due to the limited space here, everything seems very compact and sophisticated. Showroom is located in the most bustling area of Shibuya, in the new Hikarie center. The place is popular, and every month, here is some interesting event. At the exhibition I presented five of her paintings, among them “Space”, which takes you in a whirlpool of universal tranquillity, “the Wonders of speed”, instantly transports into the abyss of star stuff. But most of all visitors were photographed on the background of my “Flight”. The audience could be divided into two categories: Japanese – a little shy, incredibly friendly and constantly taking pictures (and this is not a stereotype, and the obsessive desire of the modern Japanese to capture the moment of beauty or joy), and foreign, in Japan a lot of tourists. So – they didn’t keep their comments and compliments. But for me it was more valuable to get feedback from local residents, and they returned several times to my work. Among the exhibitors many Australians and Americans, so the atmosphere is very friendly and positive. For this exhibition the names of the paintings I redid in the style of haiku – and the maneuver was evaluated by the Japanese public.

Works of Japanese artists are minimalism and natural materials. This is a live ikebana, the compositions of carved planks or small lithograph with images from the carcass. And young people strongly show the influence of the already famous Awie Kusama and Takashi Murakami.

The best place to experience contemporary Japanese art is a national art centre. A large building with a wriggling snake facade with glass scales. Inside are many halls with changing expositions by local artists and imported collections of famous masters such as Alphonse Mucha and Alberto Giacometti. It was here that I noticed an intriguing similarity between the Japanese and Russian… It’s all on show! And not just a couple dozen people, and a huge starting outside the Museum complex turn. This desire for cultural enlightenment is probably a link between us. Remember Serov or Aivazovsky.

Comprehending this unusual Japanese style, gradually begin to get involved and understand the basic directions of creativity. It is shocking for West candor, without constraint and censorship, adopted in pop art, or the increased emphasis on natural themes, you can say “environmentally friendly.” Why are only the artificially created island out of recycled garbage in Tokyo Bay.

The Monument Of Hachiko

The monument of Hachiko – the main tourist hero in Shibuya. But to be touched is better to not go during rush hour, and that risk just to see a sculpture of this proud and loyal stone dog the bounty wanting too many of them. And 15 metres from this example of perseverance is the busiest intersection in the world. At one time it is crossed by about 250 people, and even more… My advice: take a couple times to feel the swirling madness always hurrying the Japanese.

Once in the district of Shibuya or Roppongi, where the art centre, in any case, don’t leave without visiting some of the authentic restaurant, and don’t be afraid unpronounceable names. It is wiser, and the place of inconspicuous, the better kitchen. For Example, Rakushokushu Maru. Fish, seafood, rice – simply delicious delicious and natural and corresponds to a design where all the wood. Long tables-stand for guests overlooking the kitchen and bar – a typical variant of landing, and the usual tables on the company here just four. And, as always, don’t forget to book in advance.

After such a crowded place you really want to take a deep breath and relax in a tranquil and beautiful place. I chose the Shinjuku Park for a walk: ponds with red-gold carp jumping out of the water, bright tropical flowers, a small gazebo with a typical roof – everything is there. Such beauty I want to capture forever, I gladly would have spent the whole day here, inspired by this harmony of being. The Tokyo is coming here for a picnic, and if you want to see someone else getting into your selfie or did not stop to meditate, you need to go on a weekday morning or afternoon. Entrance fee, but the amount is purely symbolic in order to preserve this piece of nature in clean and tidy.

In this area there is a good Department Store like Isetan, representing the best European traditions. And wonderful small boutiques, especially with local cosmetics. One for me, even re-opened late in the evening, after the request and mention that I flew from Moscow. Walking in the small narrow alleys, you can see the awakening of an entirely different, not less exotic Tokyo, shimmering with neon signs and bright red lanterns. This is one of the features uniting it with sleepless in new York or Hong Kong, as Michelin restaurants. Connoisseurs of Haute cuisine will be interesting to visit one of the star-awarded restaurants, of which there more than anywhere else. One of the smallest – Ichimoji.

But the sunset suggest to meet on the island of Odaiba. Views of the lush pink-orange haze of the city and the rainbow bridge is spectacular. Along the way, it is possible to estimate the futuristic architecture of the Museum of contemporary science and innovation – a very unusual decision.

The desire of the Japanese to save space resulted in a very unusual gallery of modern art on 53rd floor of the Mori Tower. The entrance to the skyscraper dogging “Maman” by Louise Bourgeois, I didn’t expect to see it here, in my opinion, in Zurich, he looked more impressive… Despite their limitations, in square metres, the gallery still seems huge. Exhibition of Indian contemporary artist Harsha gave me a new perspective on the art of South Asia. It reflects the economic recovery of the country and what is behind it, and it is a huge labor of millions of people living in slums. The absurdity of life, which shows the true course of things… by the Way, several works can be seen at the Moscow Biennale a couple of years ago.

Odaiba and the rainbow bridge

Above the art here is just incredible views of Tokyo from a great height. Here all the time I was trying to remember what place altitude is this amazing city, it was found that eight (interestingly, Moscow is the fifth). And enjoy all the futuristic towers are best over lunch at New York Grill at Park Hyatt Tokyo. Minimalist and restrained design of the restaurant with the paintings of Valerio Adami, on new York, only focuses on the urban landscape through the Windows in the floor.

Journey to the land of the rising sun was my first serious step towards a foreign audience, who warmly and kindly met my creativity. Japan should not just to visit, and to try to really understand from the inside out to enjoy its cultural attractions and to learn to see the true beauty of things. ありがとうございます 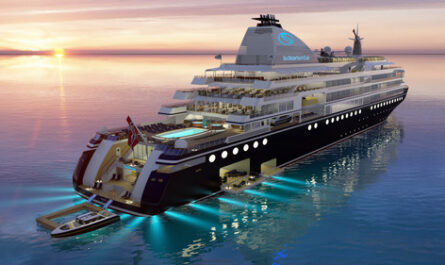 Uber driver’s amusing guide to getting a five-star review