The nation’s government have been advertising for a new couple to look after Quéménès for several months – and the successful applicants are soon to be announced.

More than twenty wannabe Robinson Crusoes have applied to live on a tiny, mile-long windswept island off the coast of western France.

The current tenants, David and Soizic Cuisnier, have been living on the island for ten years but now they are heading back to the mainland to pursue a business in seaweed farming.

Real-life castaways: David and Soizic Cuisnier have been living on Quéménès for ten years

The tiny island, often hit by stormy weather, is located off the west coast of France

They are also keen to be closer to schools for their daughter Chloé, aged seven, and five-year-old son, Jules.

When the Cuisniers first moved to the spot following an advert posted by the coastal protection agency, there was no running water or electricity and they spent months getting everything in working order.

They went about installing contraptions to collect rain water and harness solar and wind energy.

In a bid to make a living – a condition of living on the island – they took to growing potatoes, rearing sheep and collecting seaweed.

A shot of the kitchen area, which features a mix of standard appliances including a gas stove and wash basin

David drives his electric car on the island. When the Cuisniers first moved to the spot their was no electricity or running water but they installed contraptions to harness natural resources

They also renovated the dilapidated stone buildings and opened a guesthouse on their farm for paying guests.

Soizic told the BBC that she’ll be sad to leave but she and her husband are looking forward to a new adventure.

She added: ‘No question when we leave I shall be in tears! These ten years of our life have been amazing.’

They told Sud Ouest: ‘There have been times when the system has been disrupted: our aluminium boat, the only access to the continent, which stops working, our tractor and we do not talk about the winter storms or the sudden invasions of thousands of rabbits devouring potatoes.’

In a bid to make a living – a condition of living on the island – they went about growing potatoes, rearing sheep and collecting seaweed

Reassuring applicants about island life, David concluded: ‘Never once have we felt alone!’

The new inhabitants must also be comfortable with the lack of plumbing and there are currently only sawdust toilets.

On the upside, there is internet, an electric vehicle to get about in and a helicopter ambulance in the vicinity in case of emergency.

The new occupants are set to land in the New Year.

According to the BBC, the advert looking for people to move to the mile-long island of Quéménès reads: ‘Wanted: Person(s) to run Brittany island.

‘Must be practical-minded and resilient. Farmhouse provided. Solitude guaranteed.’

Reassuring applicants about island life, David concluded: ‘Never once have we felt alone!’ 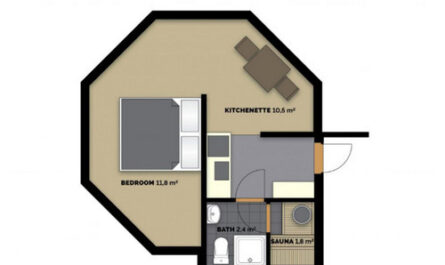 Meet PLIMP: A hybrid craft combines a plane and a blimp