MOSCOW, August 25 (Itar-Tass) – RIA Novosti. In one of the social networks, the flashmob “1 like – 1 fact” is gaining momentum, the participants of which promise to tell as many facts on the given topic as they get the likes. Popular became the student student Elizabeth Davydova, dedicated to the southernmost island of the Kuriles – Kunashiru, where the girl grew up. 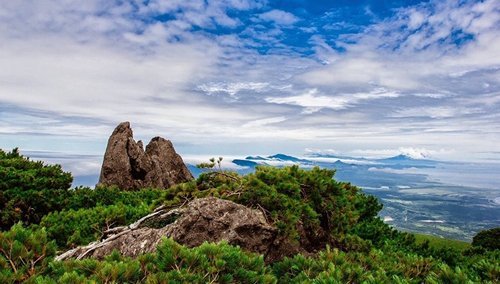 RIA Novosti, with the author’s permission, shares amazing facts about the opposite beach, where the depth of water decreases, the four active volcanoes and Japan – the country of the setting sun.

“Now I’m studying in Moscow at the institute, but I often remember about life in Kunashir,” Elizaveta told RIA Novosti. “I love Kunashir for the nature and for being small: from the beginning to the end of my native village, you can walk for ten minutes You can get everything or anything in the store just because they know you, there you are not alone, there are at least no indifferent people there. “It’s easier to live.”

About earthquakes and volcanoes 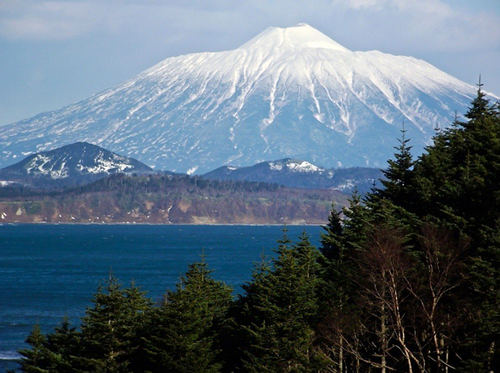 On the island, for a minute, there are four volcanoes. And three of them are valid. Look how handsome. This is Tyatya-pit. And he is acting. And my village is under another volcano – Mendeleyev. And he, too, is acting.

Over the years of life on the island you do not react to earthquakes. You can not even lift your eyes from the phone. This is if barely felt jerks. And sometimes begins to walk a walker cabinet and fly dishes. Here, I’m sorry, you jump and fly out of the house like scalded.

If there are no long pushes in three or four points, which are simply “pah”, then one day the island will do “pah” for us. He trembles so that his mother does not grieve – the accumulative system. 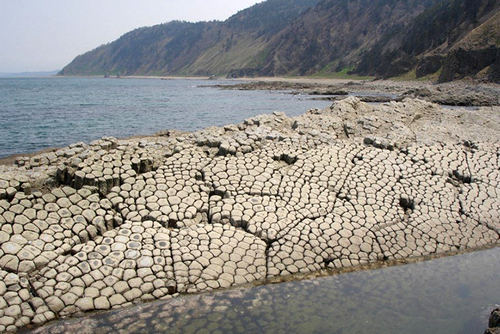 © Photo: from personal archive of Elizabeth Davydova
Cape Stolbchaty on the island of Kunashir

We have such a cape “Stolbchaty”. Why Columnar? Because this strange location consists of a bunch of columns.

There is a beach on the island. He is the reverse. “How is this?”, – ask. And here it is: you go into the water, and she to you in two meters already on the neck, will go further – already on the chest. You go, you go, you go, but the water is smaller and smaller. And, finally, you stand almost 80 meters from the shore, and water on the heel. 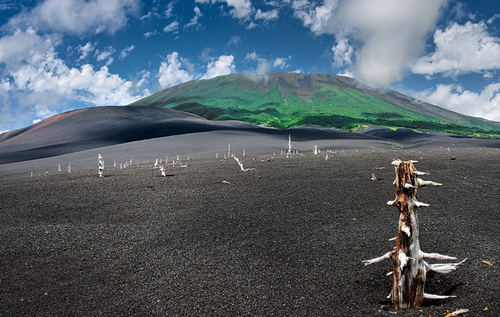 We have a wonderful Boiling Lake. Why so named? Well, because it boils, what kind of stupid questions? By the way, there is also the Goryachee lake. Why so named, I think you already know.

Next to the lake Boiling there is the Dead Lake, it is crystal clear. But if an unfortunate tourist tries to rinse his water in his mouth, he risks losing his tooth enamel. The lake contains a huge amount of fluoride. 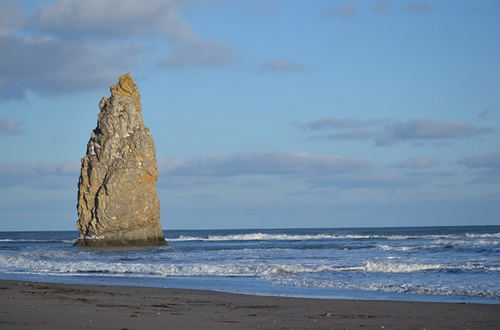 Another point of interest is the Devil’s finger. It is a tall, solitary sheer rock. How did it come about? Why is there nothing else around? This we will never know.

But our most important attraction is the bath. These are thermal springs of volcanoes, in which we very much like to swim (in sources, not in volcanoes!). So you understand, it’s a hot outdoor swimming pool.

If you want to visit the moon, and financial opportunities do not allow, your attention is represented by fumaroles! Dense evaporation of volcanic gas mixed with fog allows you to forget that you are on Earth. Plus sulfur colors the earth in a pleasant lemon shade. 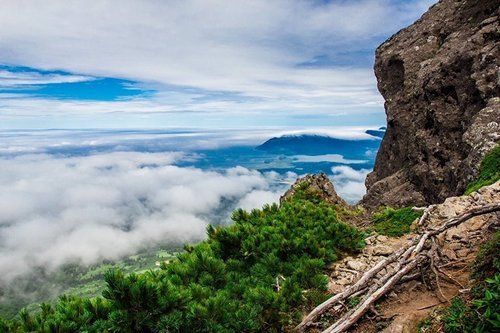 Japan adjoins the island not only from the south, but also from the west. Therefore for us it is the country of the setting sun.

There is a Japanese house of friendship here. There there live tourists, and often there pass lessons of the Japanese language for Russian children. All I can do now is to count up to ten in Japanese.

I think you need to know that the island is close to Japan. Very close. On a sunny day, you can see the Hokkaido mountains.

Japanese culture is well reflected on the island. Peanuts in glaze with a taste of wasabi – this is not the strangest thing that you can find here. 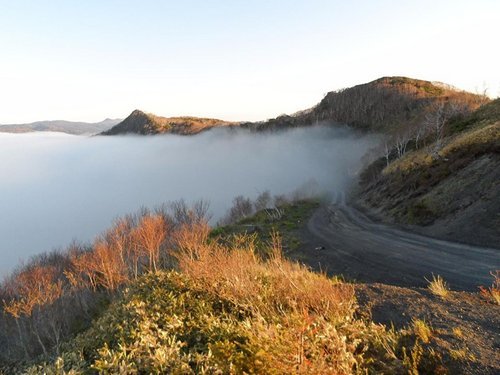 The weather on the island is blowing away the roof. Literally. Wind up to 38 meters per second. You look out the window, and there flies someone’s tile, a dog, a grandmother. Because of the stormy weather, the school was canceled very often.

Sometimes there is a lot of snow in winter. And when I say “very much,” I mean that residents of the second floor can safely go out the window, because the first floor is completely buried.

The island is on the same latitude from Sochi. This information does not help you. 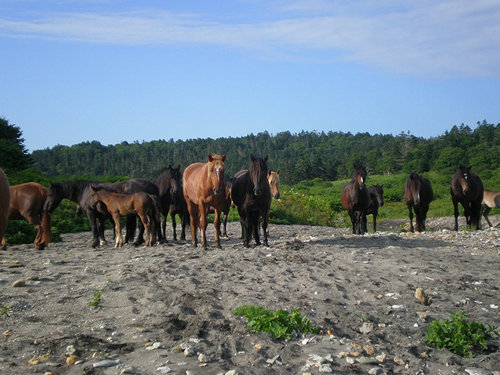 In our village with a calm soul wandering horses. They look in the windows of the school, cross the road in the wrong place and, the most opposite, do not allow themselves to be ironed.

There are no poisonous snakes on the island, but there are poisonous tarantulas. Welcome.

We do not have pigeons. Instead of them, gulls dividing the territory with crows. And then comes the Pacific eagle, reaching more than a hundred centimeters in length, says “I’m here dad” and drags a small seal. Yes, we have seals. 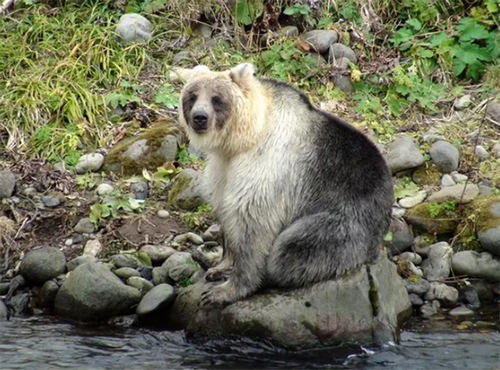 © Photo: from personal archive of Elizabeth Davydova
Bear on the island of Kunashir

Even bears we have some strange. On the island, they can not go to sleep at all, because the climate is different, the rivers do not freeze and the fish are there. And if it is not enough, then the bears go out into the village. They walk past the kindergarten, playgrounds, shops, go to the fish processing plant. This is scary.

Sometimes, when you are swimming near the shore, the land can go straight out from under your feet! Oh, this is not land, but a flounder. You stepped on a flat fish! What embarrassment… 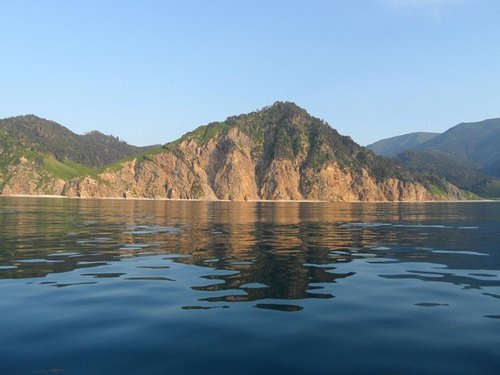 Walking along the shore, you run the risk of getting confused and dying in a wallowing ton of algae. In this extreme case, I advise you to act like everyone local: gnawing your way to freedom, taking a delicious trophy with you.

Oh! I forgot to say that if you get lost in algae, you need to get out as quickly as possible. What? Have you ever heard of sea fleas? By the way, tarantulas live just on the coast. 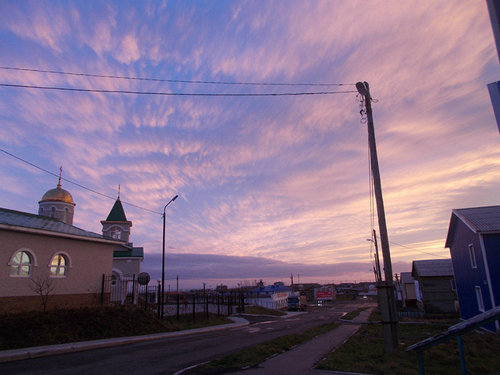 The islanders are very friendly and kind people. One day my mother bit off a piece of live squid in front of tourists. This grave silence you have not heard.

What was your favorite drink in your hometown? “Cola”? “Pepsi”? At us it was “Milkis”. Korean soda with milk. I was very surprised when I came to the mainland and found that here it is, let’s say, not the most popular drink. 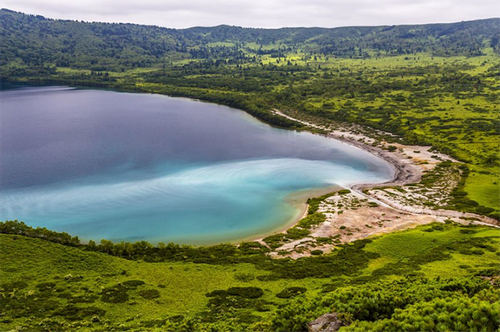 In my Narnia, heating houses comes from volcanoes. But if you think that we do not turn off the heating because the volcano can not be turned off, you underestimate the Russian people.

On the island for so long there were no normal roads, that when the asphalt was done, the local people learned to drive again, because it’s uncomfortable for them, attention!

You will not believe how many people who found out that I live in Kunashir asked me to say something in our language. 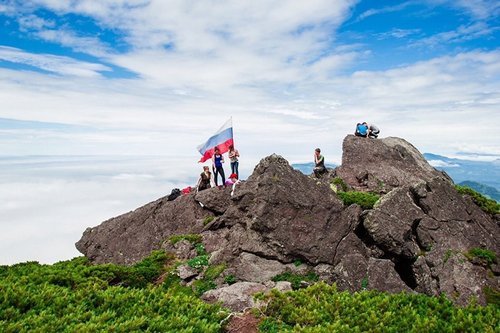 © Photo: from personal archive of Elizabeth Davydova
Local residents on the island of Kunashir

Here you live, admire the beauties of the mountains of Switzerland, the provencal lavender fields and do not notice that you have your own little Narnia with two-colored bears, huge eagles and bubbling lakes.

Cats and dogs doing Halloween better than you

One thought on “It’s just Narnia! The girl revealed amazing facts about life in the Kuriles”