The natural world is full of wonder.  But there’s more to flora, fauna and meteorology than flowers, bunnies and rainbows – as this set of disconcerting images reveals.

Collated by Bored Panda, these pictures of the natural world illustrate the eerie side of Mother Nature.

And, as you might expect, the curious collection ranges from the creepy to the downright disgusting. It includes a volcanic pit that looks like charred bodies and a dead fox, frozen in a block of ice.

Others show freshly-hatched pythons dividing by colour, sharp-toothed fish, partially-digested insects and a motorway covered in earth following a landslide.

Brace yourself for some of the most alarming natural occurrences… 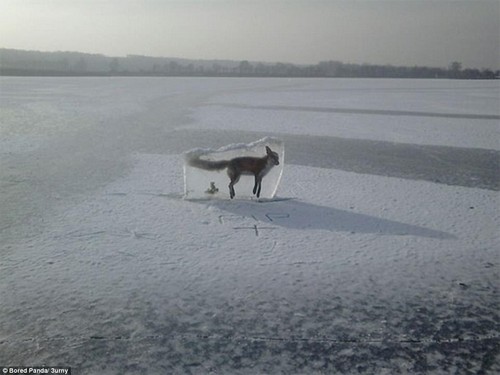 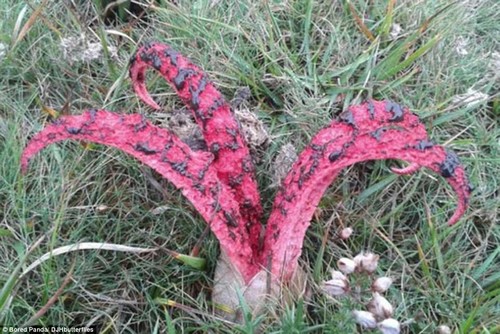 Despite appearances, this isn’t a bloody claw emerging from the ground. It’s actually the aptly-named Devil’s Finger Fungus 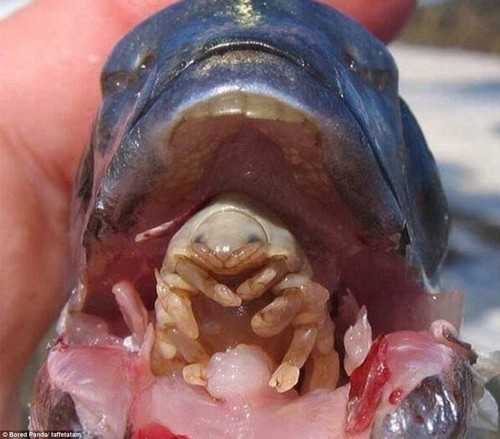 The Cymothoa Exigua is the stuff of nightmares: A parasite that breaks into a fish’s gills before eating its tongue and then replacing it 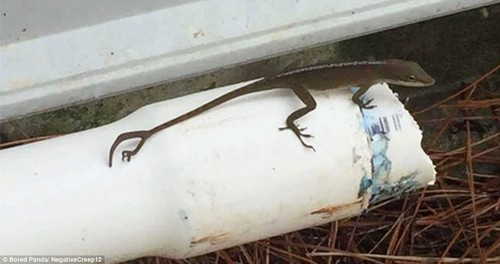 Mind-boggling: This lizard appears to have grown another foot on its tail 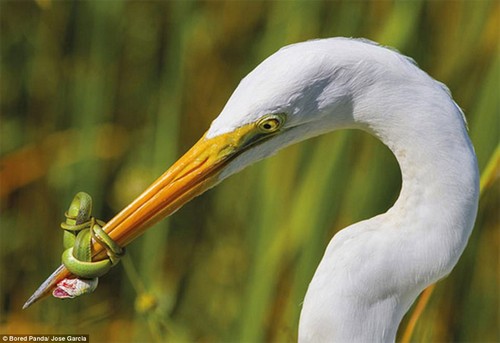 Shut up: A snake shows this white egret who’s boss, by tying its beak shut 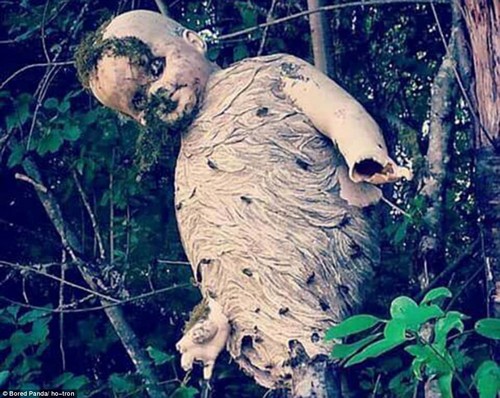 Creepy: A swarm of wasps has built a formidable nest out of a discarded child’s doll 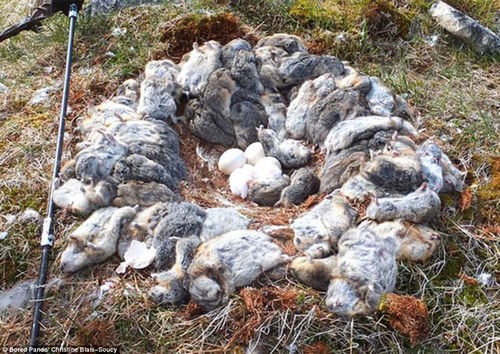 Brutal: This is a nest of over 70 freshly slain lemmings, arranged by the owl who killed them 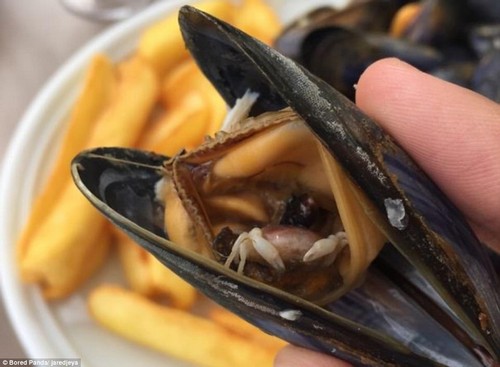 Extra value for money: This mussel contains a tiny crab 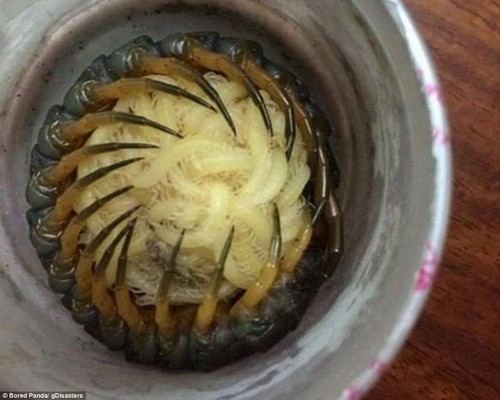 A mother’s love: A protective centipede forms a barrier around her babies inside a bucket 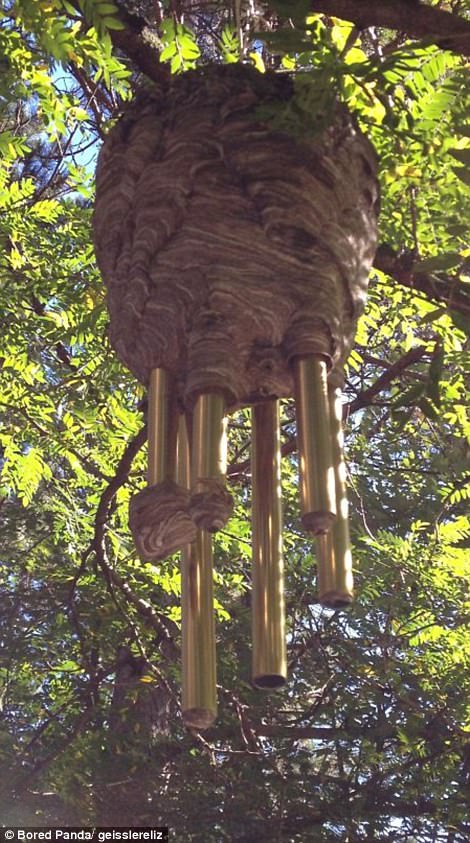 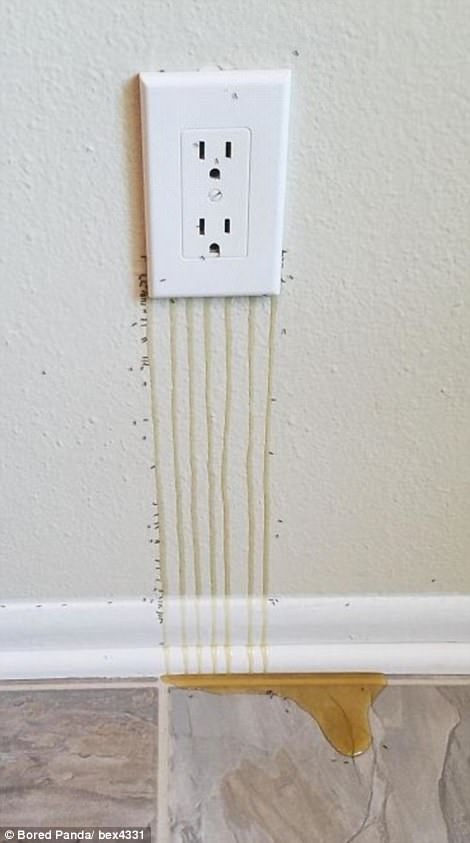 Bees build their nest around a set of wind chimes (left), while the image on the right is of honey leaking from a bees nest, built behind a wall socket 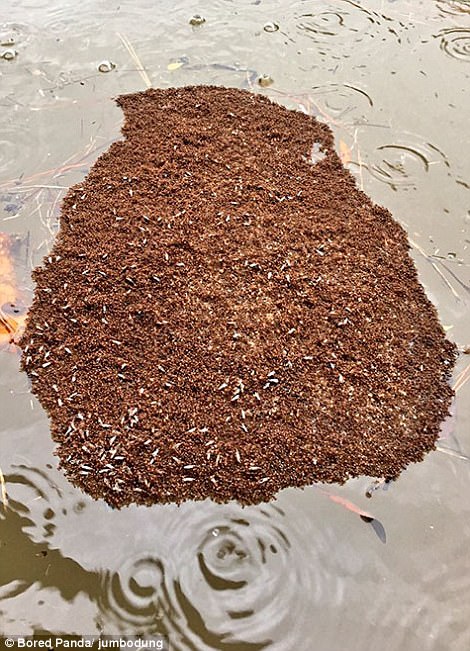 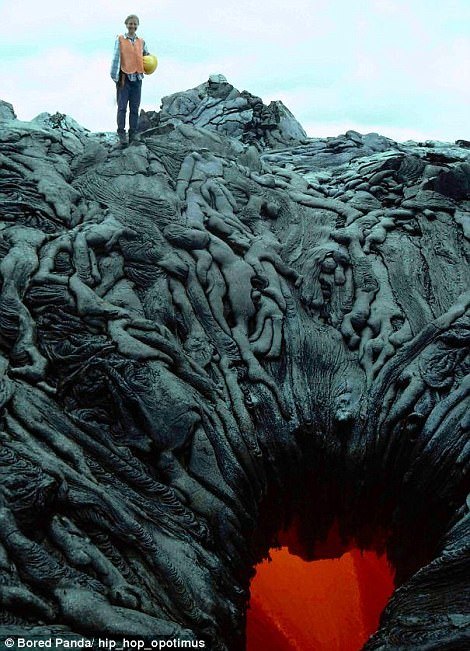 Fireants group together to make a giant raft out of themselves during the recent floodings in Houston (left). The burnt lava surrounding this volcanic pit (right) looks like charred bodies being sucked in 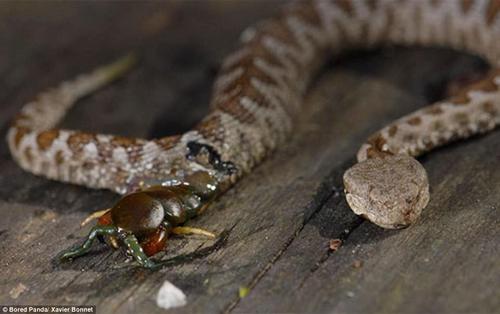 This centipede was devoured by a viper, but fought back by managing to eating its way back out

This Antarctic worm species, Eulagisca Gigantea, has enormous jaws, suggesting it is a formidable predator 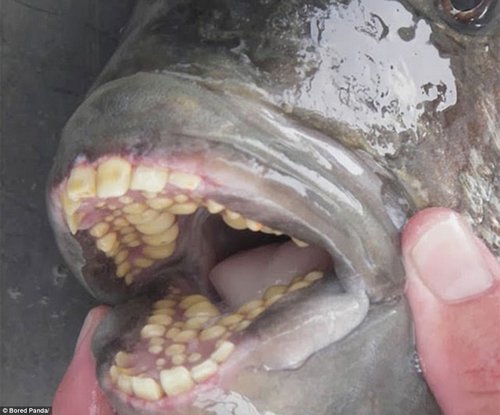 The sheepshead fish (Archosargus probatocephalus) has multiple human-like teeth. It is found in the western Atlantic ocean and is edible 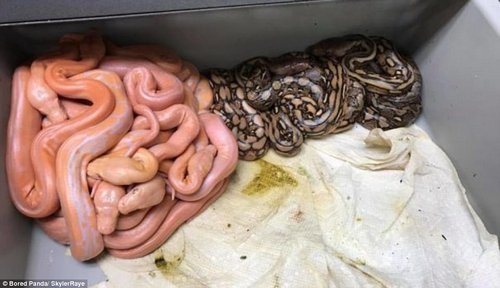 Sss-urprising: These just-hatched pythons instantly divided themselves based on colour 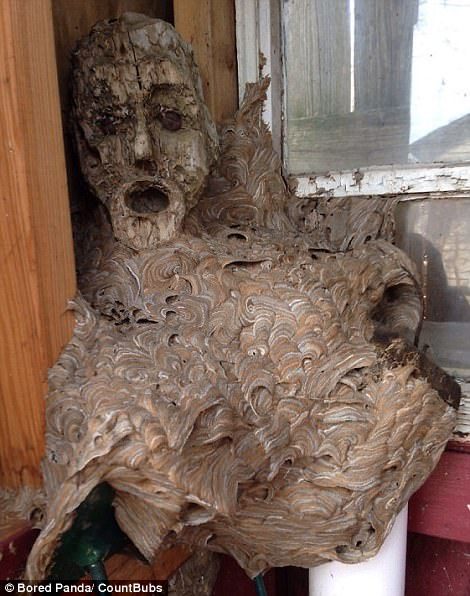 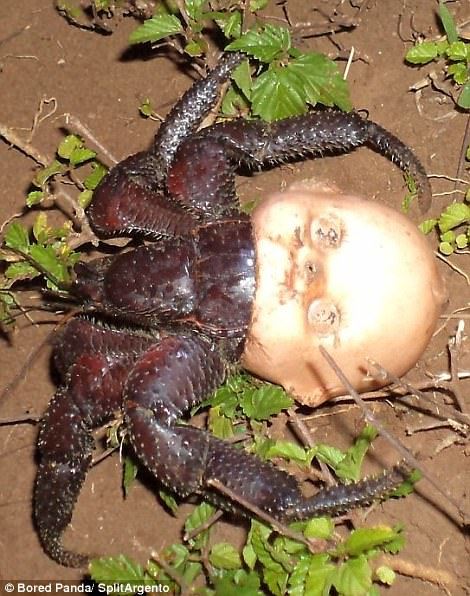 Hornets built a nest around a figurative sculpture, with creepy results (left). The image on the right shows a hermit crab that has adopted a doll’s head as its shell, in a
horror-movie move 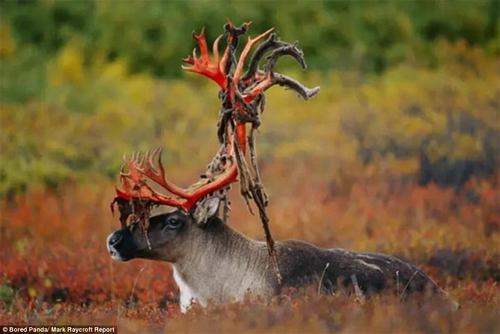 A Caribou bull sheds furry ‘velvet’ skin from his antlers. Velvet covers antlers while they are growing 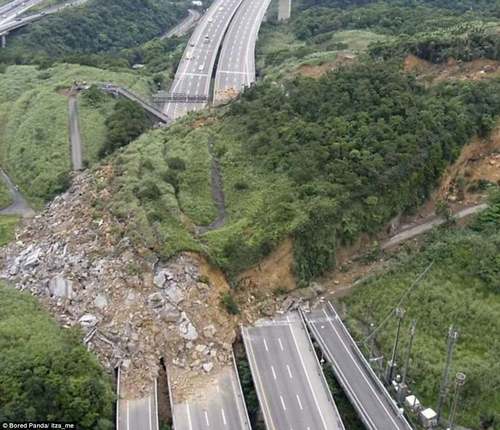 A landslide in Taiwan obliterates multiple lanes of a motorway. Its scale is just staggering 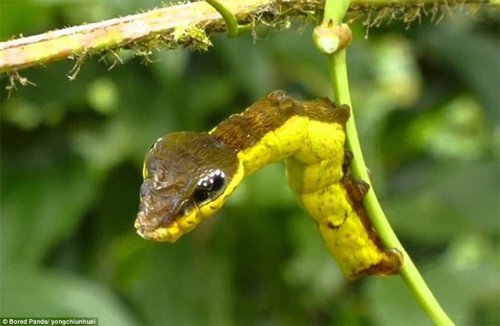 Bizarre: This caterpillar appears to have a snake’s head. In fact, it’s the caterpillar’s tail, mimicking a snake’s face as a means of protecting itself from predators

A face only a mother could love: This vision of this extraordinary fish with huge, staring eyes will haunt your dreams

A glimpse inside the new Lego house in Denmark