The North Face ambassadors James Pearson, who grew up in England’s Peak District, and Caroline Ciavaldini, from La Reunion island, both aged 32, have been tackling rock faces all over the world for more than a decade.

If you’ve got a fear of heights, then look away now. Two daredevil climbers have revealed some of the world’s most extreme climbing spots, from craggy coastlines in France to daunting 3,211 foot-high waterfalls in Venezuela.

In their new tome, Climbing Beyond: The World’s Greatest Rock-Climbing Adventures, the married duo give detailed descriptions around their favourite spots to scramble up. Scroll down for a taster of some of their wackier vertical traverses…

The North Face ambassadors James Pearson and Caroline Ciavaldini, both aged 32, have been tackling rock faces all over the world for more than a decade. Above, James seen tackling a rock face in Les Calanques, Marseille (the above image is included in the new book)

What Caroline and James say: This special spot was made famous in the climbing world by the hard spot-crags of La Grotte de l’hermite (The Hermit Cave) and l’Ours (The Bear), among others.

Most of these were developed and chipped by climbers (using a drill hammer to manufacture holds), making use of the steep, often horizontal rock faces to create physical, athletic routes. This practice was seen as a way to create new challenges, and was particularly common during the 1990s.

‘Though it is no longer the common approach to creating new climbs, these remain as historic routes that still attract and demand our attention.’

Salto Angel is a waterfall in Venezuela. It is the world’s highest uninterrupted waterfall at 3,211 feet (the above image is included in the new book)

A camp 250 metres below the summit – and the last to offer spacious room for climbers. Arnaud Petit took this picture as he was juggling on the rope on the last day of a 2006 ascent

In 25 years only four ascents have been made. James and Caroline say that getting to the place is a ‘tiring journey in itself’

For the foreseeable future, the experts say climbing the Salto Angel will remain a great adventure

What Caroline and James say: ‘For the foreseeable future, climbing the Salto Angel will remain a great adventure.

‘People will still have the chance to experience a climb where time seems to stop, a unique endeavour that you wish lasted more than two weeks.

‘To wake up in your portaledge, cut off from the world, facing the Amazonian jungle and enjoying the rainbows, the sea of cloud at sunrise and the thousands of flickers of light that are all gifts from the waterfall is a unique experience.’

Chad is one of the newest and most remote areas to be explored by climbers in recent years. Above, climbers tackle the crumbling Wine Bottle formation

What Caroline and James say: ‘There is little vegetation in this extreme heat, and as you travel further away from the capital, little quickly fades to nothing.

‘It is only after four days’ driving from N’Djamena that a faint blur on the horizon forms into cliff bands that, as you draw closer, arrange themselves into isolated domes and finally become complex arrangements of towers and arches.

‘The incredible sight of jagged rocks breaking the flat of the desert is a calling card to any eager-eyed climber.’

The amazing Donkey Ear, once home to some of Kinabalu’s most beautiful routes. It fell down during the tragic earthquake of 2015 (the above image is included in the new book)

What Caroline and James say: ‘Kinabalu is a world of silence and patience. To climb there, you have to accept that it will be cold, and jump on every appearance of the sun to attempt your route.

‘One climber in particular has had the patience to come here year after year, and he put Kinabalu firmly on the climber’s map.

‘Yuji Hirayama is a 47-year-old Japanese climber, and his endless list of achievements has made him a hero and legend in the climbing world.’

Climber Tom Socias scales the third pitch of Lord of the Thais in Thailand, with crystal clear waters seen below (the above image is included in the new book)

What Caroline and James say:  ‘Many people have written Tonsai off as a sad case of paradise lost, yet for those willing to search a little further, there is a still magic and adventure to be found.

‘Whilst sport climbers queue for the classics at Tonsai Roof, amazing and unspoiled multi-pitch routes can be found just a short walk away.

‘The large, yellow face of Thaiwand Wall is located to the east of Tonsai Beach, perched on the gigantic lump of karst between Phra Nang and West Railey.’

Devil’s Bay in Newfoundland, Canada, offers an opportunity for amazing new routes, according to the experts

What Caroline and James say: ‘Devil’s Bay is a magical and mystical place that, despite being part of the western world, feels as isolated as most unknown parts of our globe.

‘It can feel like hell on Earth, but if you get lucky and play the weather and elements at their own game, it offers the opportunity for amazing new routes as well as some of the hardest big-wall trad climbing around.’

White Rim in Canyonlands National Park, Utah, attracts thousands of climbers every year, including daredevil off-width climbers, who tackle cracks bigger than their fists, but smaller than their bodies

What Caroline and James say: ‘Most climbers who visit this out-of-the-way place do so for the obvious huge, standing towers that dot the edge of the White Rim.

‘Standing Rock, Washer Woman and Block Top to name just a few, draw in aspiring climbers from around the world.

‘Yet tucked away underneath the White Rim itself, out of sight of almost everything except perhaps the local wildlife, is a whole different world that attracts a particularly masochistic breed – the off-width climber these are climbers who tackle cracks that are larger than their fists, yet too small for their whole bodies to fit inside inside.’

The Elbe Valley in Decin, Czech Republic, boasts some beautiful scenery with epic chunks of rock to navigate

The River Elbe winds through the valley, which has walls of sandstone begging to be climbed

What Caroline and James say: ‘Overlooking the River Elbe and surrounded by thick pine forests, the secluded crags of Dolni Zleb are undoubtedly Czech.

‘It’s hard to say exactly when climbing began in the area, but it’s safe to say that native climbers have been exploring these sandstone outcrops for generations.

‘Unlike the extreme ethics of the nearby Adrspach, which relies on a curious collection of knotted slings for safety equipment, Dolni Zleb is slightly less severe and the majority of the routes are completely protected by oversized iron ringbolts. This is sport climbing, Czech style – it’s safe, as long as you choose your place to fall off wisely.’

Meteora is most well known for its Orthodox monasteries, perched on towers in the centre of mainland Greece

How did you select the climbs for your book?

The climbs featured in Climbing beyond are a broad selection of what Caro and I consider to be some of our favourite climbing destinations around the globe. Some are easy, some are difficult, some are close to home, whilst others on the opposite side of the world. What they all have in common is the fact that they are awesome, inspirational locations that will in one way or another challenge the reader to explore their own limits.

Can anyone do these?

The climbs and areas featured in the book vary in difficulty, from climbs accessible to a relative beginner, to those possible by only the very best. For Caro and I the difficulty of our climbs comes second to the experience and emotions we experience along the way.

An easy route in an unforgettable place can be just as if not more memorable than a difficult climb on the cutting edge of what is possible. Whilst a certain amount of experience is necessary to make sure you are as safe as possible, you can get a long way simply by making friends with more experienced climbers and having them show you the ropes. The North Face Never Stop communities are a great place to start! In cities all over Europe, and alongside weekly outdoor training sessions, they run visits to local climbing gyms every few weeks to hone your skills, and organise regular trips out to the mountains to put all that training to good use.

What are the qualities needed to be a good climber?

Climbing is such a varied sport that it can be enjoyed by almost anyone. Whilst undeniably true that a high strength to bodyweight ratio is favourable, climbing also has a very technical side that can offset some of the physical requirements. Good climbers come in all shapes and sizes, and its really your perseverance and dedication that makes the difference. We can’t all be as lucky as Caro and I and travel the world climbing for our job, but stay dedicated to your training and focused on your goal and dream trips to some of the destinations in our book could soon become a reality!

Which is your favourite climb from the book?

It’s hard to pick one single route from our book as they were all magical experiences with so many wonderful memories, but the insane gravity defying towers on top of Mt Kinabalu might just take the top spot. This was Caro’s first real adventure after leaving her career as a world cup competition climber behind, and showed her what life as a more adventurous explorer might look like.

How long did it take to pull the book together?

All in all the book took around 18 months to put together. Of course the adventures within date back many years before, but the actual writing and design work took place in 2016/17. We couldn’t have done it without the help from Aurum Press, and our amazing sponsors such as The North Face.

Since finishing the book we’ve already visited a few awesome new places like the Faroe Islands, The Enshi Canyon, and Grand Manan. Next week we’ll be visiting Jordan, and after that its off for a short road trip around the USA.

What Caroline and James say: ‘In Meteora, you will have to choose between the ‘modern’ routes bolted normally, and the old routes, referred to as “classics”.

‘The Spindle tower is a 50-metre spine of rock. On first sight it seems incredibly thin, and you wonder how solid the rock can be.

‘The first challenge is to actually spot the start of the route. There are at least five metres without anything that could be called a bolt, nor is there any natural protection.’

A book that may leave you with sweaty palms if you’re scare of heights. Mr Pearson said that the climbs featured in the book are  ‘awesome, inspirational locations that will in one way or another challenge the reader to explore their own limits’

Climbing Beyond: The World’s Greatest Rock-Climbing Adventures, published by Aurum Press, is out now priced at £25.
The following images in the story feature in the book – Les Calanques in Marseille, the first two images of Salto Angel in Venezuela, Kinabalu in Malaysia and Tonsai Beach in Thailand. The rest have been sourced by MailOnline Travel.

Richard Branson says he is six months from going to space 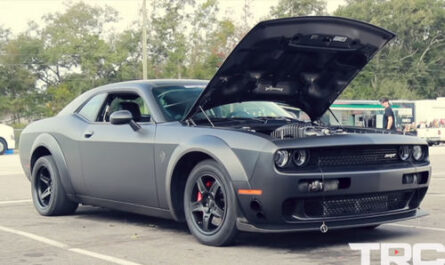 Weekend in Armenia: what to see and do?