That is perhaps why most visitors head straight to its arid north or the waterways of Patagonia in the south, once navigated by Portuguese explorer Ferdinand Magellan and naturalist Charles Darwin. But if you ask a Chilean where to visit in their impossibly diverse country, the answer will always be the Lake District.

Life on the edge: Trekkers take a peek over rocks on a volcano trail in Chile.

If Chile were superimposed on Europe, it would stretch from the north of Norway right down to the Mediterranean. And yet its average width is just 112 miles.

A ribbon of a country crowned by the driest desert in the world – the Atacama – and dissolving into a mass of fjords, islands and ice-blue glaciers at its southernmost tip, it certainly boasts variety.

Just an hour’s flight from the capital Santiago, Mediterranean scenery gives way to glacial lakes that glint a brilliant blue, perfectly conical volcanoes dusted with snow, and chocolate-box towns settled by German immigrants in the 1800s that look like they could have been transplanted from Bavaria.

Pucon sits right on Villarrica Lake and is overlooked by a quietly smouldering volcano of the same name. It is known as the adventure capital of Chile, and as I stroll the streets full of wooden houses I am overwhelmed by the options on offer. Do I want to trek to the volcano crater? Go white-water rafting on thundering rivers? Hike through lush countryside? Or how about horse-trekking to spectacular waterfalls?

Indigenous Mapuche culture is strongest here and, in huts known as rucas, Mapuche women serve up traditional food to visitors and explain more about their heritage and the fierce battles against Spanish invaders that lasted for hundreds of years.

Just outside Pucon, a Swiss couple have set up one of the most beautiful lodges in the region. Vira Vira, set on the Liacura river, is the dream of Michael and Claudia Paravicini, who have created a cosy, wooden retreat that is a cross between a luxurious hacienda and a rustic ski lodge.

With a log fire in my grand room, Mapuche artwork on the walls and food from the hotel’s kitchen garden and dairy – not to mention hot-tubs dotted around the grounds – it is tempting not to go on any excursions at all.

But Vira Vira offers an all-inclusive concept, which also means you can enjoy amazing hikes, watersports and Mapuche experiences with trusted guides. It’s simply a case of sitting in the glorious lounge, sipping a glass of Chilean wine and picking whichever trip takes your fancy.

Next stop was Puerto Varas, south of Pucon, a beautiful German-influenced town with picture-perfect volcanoes Osorno and Calbuco watching over it. From some parts of the Puerto Varas area you can see eight volcanoes at once, all emerging from the rich green fields and forests.

This is the Lake District proper and Lake Llanquihue, with Puerto Varas on its shores, is just one of the glistening pools that you’ll find as you wend your way through the countryside and around volcanoes.

I spend a lazy day fly-fishing for rainbow trout in the sunshine on a serene river and another soaking my limbs in piping-hot springs. The area’s hotels cater for the slowly increasing numbers of foreigners who have discovered this hidden delight.

At the AWA hotel, every room has a lake view and yet more Chilean wine is on hand as I watch the snow at the top of Osorno turn pink with the sunset.

Just a short drive and ferry ride away is the mysterious island of Chiloe.

The crossing may just be 40 minutes, but it is like stepping back in time. Mist swirls over the verdant hills along with tales of witches, forest gnomes and pirate ships.

Traditional timber palafito houses are built on stilts over the water and a minga culture – where the community comes together to help build homes and grow food – still exists.

Dense forests, endless inhabited and uninhabited islands in the archipelago, rugged scenery and fantastic trekking exist alongside colourful Unesco-listed wooden churches built by the Chilotes in the 18th Century.

But if there is one thing you must sample in Chiloe, it is curanto. Cooked on hot stones in the ground and covered with huge rhubarb-like leaves called pangue, it comprises mussels as big as your hand, fresh clams, chorizo, chicken and smoked pork.

High and dry: Homes built on stilts on the mysterious island of Chiloe

And just in case you need more food, round potato dumplings are added to the mix and it is all steamed under those huge leaves for an hour while you sit in the sunshine with a glass of wine.

Served by a local family in their back yard, passers-by pop their heads over the wall as the smell wafts over them, to be promptly handed a plate piled high. After just a few mouthfuls, I feel like I may never need to eat again.

Thankfully my only activity after my enormous lunch is a short drive back to my next boutique lodgings, tucked into the banks of the Castro fjord.

Centro de Ocio looks like something out of a fairy tale. The wonky blonde-wood building could almost be made of gingerbread, while the individual suites come with their own little terraces. Stroll along the walkways and you will find a spa hidden among the foliage with a natural, river-fed shower.

But instead I make a beeline for the hot-tub – the water has been heated over the previous hours in order to reach the perfect temperature for my return. With blockbuster sunset views across the fjord and rolling hills, it is the ideal spot to soak up the beauty of Chile’s hidden secret.

It is no wonder Chileans keep this slice of lake and volcano-dotted paradise to themselves. It is almost too good to share with outsiders.

King’s landing from “Game of thrones” exists! But why is the mayor not happy tourists? 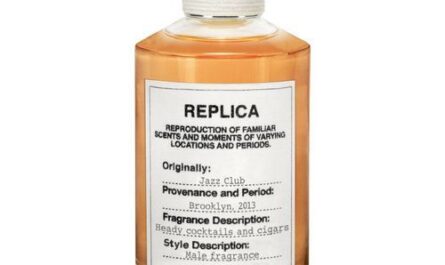 Top places to detox in Russia 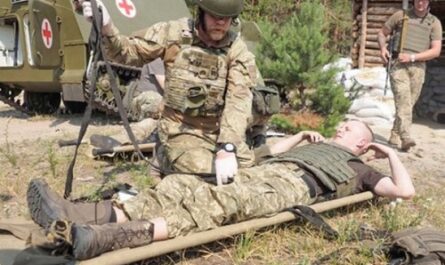 Where to go to relax? Tips from Jeanne Badoeva, author, and leading “eagle and tails”