If you don’t have the energy to get up and see the world, fear not, because you can sit down with a cup of tea and see it through the eyes of talented travellers who’ve contributed to a new photography book.

More than 300 images are included in new Rough Guides tome You Are Here, with subjects ranging from Turkish Kurdistan to Rainbow Mountain in Peru.

The travel guidebook publisher, which turned 35 in May, ran a competition to create its latest release, with thousands of submissions pouring in.

Celebrated Magnum photographer Martin Parr acted as a judge for the contest and gradually the stack of travel shots was whittled down to a more concise bundle. The winning image, taken by Solly Levi in Phuket, Thailand, was transformed into the book’s jacket.

Commenting on the project, Parr said with a dose humour: ‘It’s great to see the appearance of photobooks like You Are Here, full of amateur and off-the-cuff photography – although as a professional, I hope this trend does not become too widespread!’

Scroll down to see a some of the top travel shots that made the cut and impressed judges with clever angles, stunning colours and a sense of silent beauty… 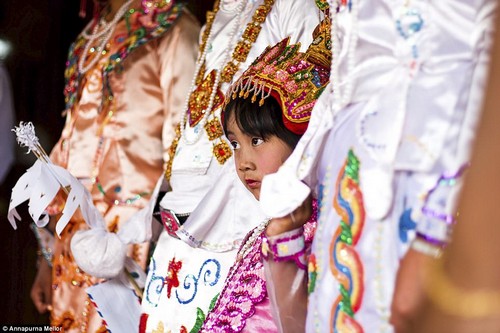 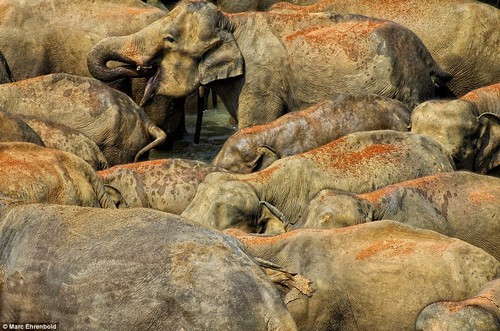 Mud bath: Marc Ehrenbold chose elephants as his subject while visiting Sri Lanka and he captured one indulging in a quick drink. Many of the large animals also have sprinklings of mud on their backs 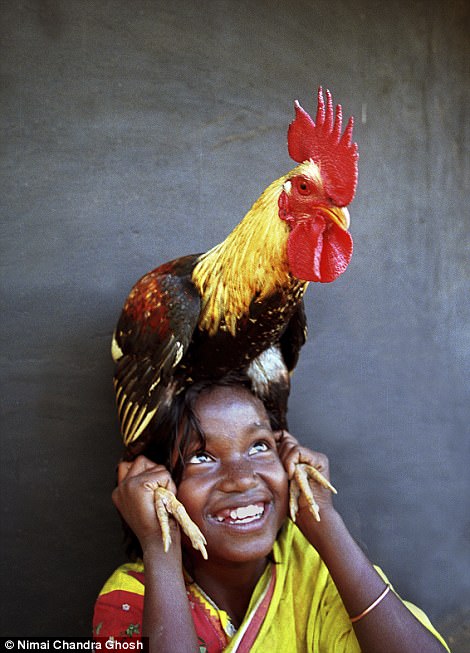 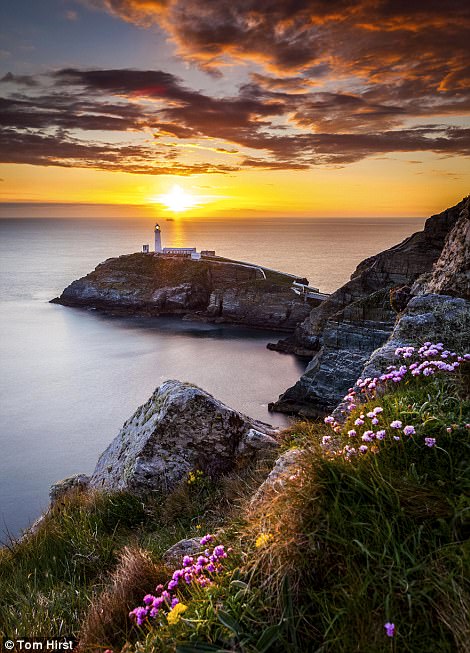 Get ready for the ride: Nimai Chandra Ghosh photographed a youngster playing with a chicken in West Bengal, India (left), while Tom Hirst focused on the setting sun over Anglesey in Wales to get his winning shot (right) 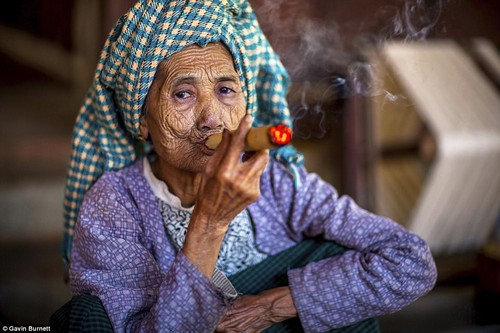 Local customs: While exploring the ancient city of Bagan in Myanmar, Gavin Burnett took this shot of a woman smoking a large cigar, known as a cheroot 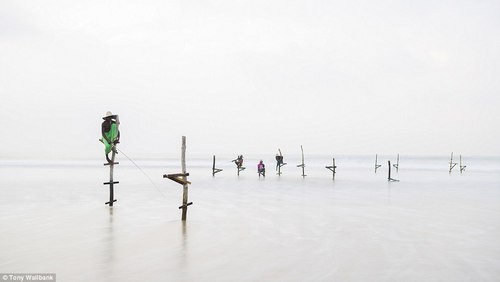 Minimalist: While travelling through Weligama, a town on the south coast of Sri Lanka, Tony Wallbank took this shot of men patiently fishing from wooden posts 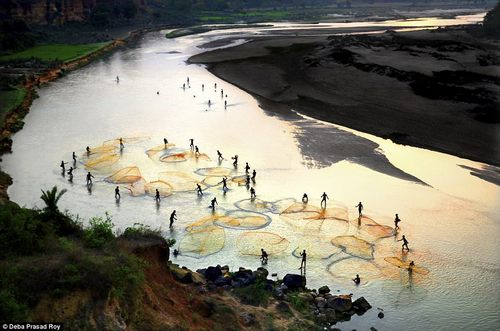 Food for thought: Deba Prasad Roy took this shot of fishermen casting their nets at a spot along the Shilabati River in West Bengal, India. The setting sun can be seen reflecting on the water’s surface 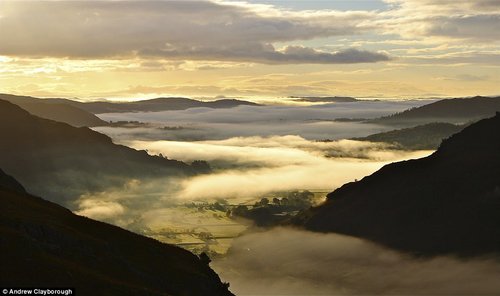 Heavenly hues: A veil of fine cloud hanging over the Langdale Valley in the Lake District, England, caught the eye of Andrew Clayborough. Green fields can be seen down below, while the sun casts a golden glow above 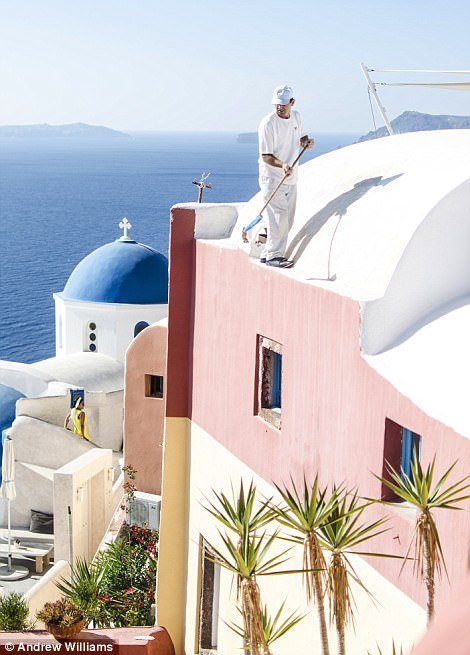 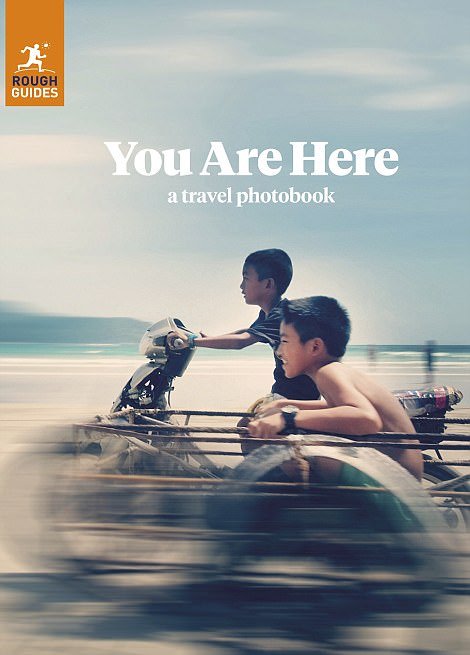 A worker ensures the white paintwork stays spotless in the town of Oia on Santorini, Greece (left). This image by Andrew Williams is just one of dozens included in the new Rough Guides book, You Are Here (right) 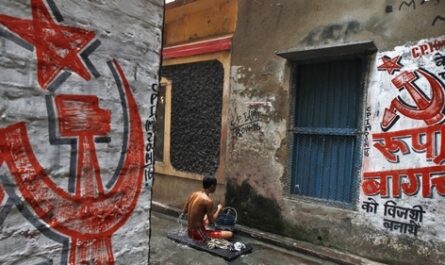 Exclusive PEOPLETALK: how and with whom did you go on vacation Olga Seryabkina? 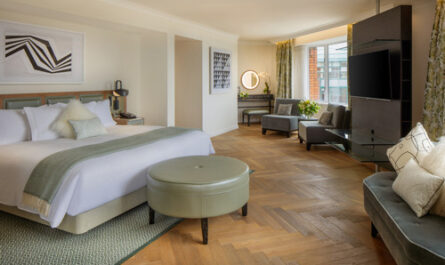 Inside Dublin’s Most Elite Presidential Suite