Employees across the carrier’s East and West Coast routes can now choose between a variety of options which are designed to be inclusive.

New route: Virgin Trains staff show off the new tailored uniforms designed by Wayne and Gerardine Hemingway, which are billed as ‘body-neutral’

Manufactured and distributed by Hunter Apparel Solutions and Dimensions, the two-year project offers a total of twenty-five options for employees.

These include six combinations for women (and four for men) on the West Coast route, plus ten female variations (and five male) on the East Coast line.

Images promoting the range show women wearing dresses and men wearing suits, but Virgin say they potentially interchangeable between both sexes – although they admit there have been no requests to do so.

In a statement about the launch, Natasha Grice, Route General Manager of Virgin Trains West Coast said: ‘We involved our Virgin Trains staff from the very beginning of the design-process.

‘We want our staff at Virgin Trains to feel their best, to be empowered to confidently express their own style and be their incredible selves, while still looking totally Virgin Trains.’

However, the initial reaction from Twitter was not enthusiastic.

Unisex? Female employees are shown wearing dresses and men in suits, but it’s not clear whether these are interchangeable between both sexes

A third, MorecambewasWise, added: ‘Paying a fortune to stand but at least the money seems to being spent on major improvements to the service…oh hang on’.

Another, Ian Pendlebury, joked: ‘Stop the train, I want to get off!’.

Fortunately, there was some praise for the initiative, with one fan, Azzieria Tooby, writing: ‘I think this is brilliant. A way for every employee to look like one of the team and still feel like their own person’.

Unimpressed: A number of Twitter users expressed their dismay at the new initiative

Supportive: Other social media users were more receptive to the idea of ‘body-neutral’ clothes

Explaining the reason for the project, Jessica Kelly-Mckay, Uniform Delivery Manager of Virgin Trains East Coast, said in a statement: ‘We want our people to be able to express their own unique style and personality, and that’s why we’ve worked with them to create a new tailored wardrobe to fit every shape, size and gender.’

In an effort to achieve zero waste to landfill, the old Virgin Trains uniforms are being recycled into new items at HMP Northumberland.

Ex-offenders will upcycle the old uniforms in the onsite textile factory, as part of a rehabilitation scheme that helps to prepare prisoners for life outside in an effort to reduce reoffending rates.

The HMP Northumberland textiles team will use the uniforms to create new items such as blankets and coats, which will be donated to local homeless charity, The Albert Kennedy Trust which supports young LGBT homeless people in crisis. 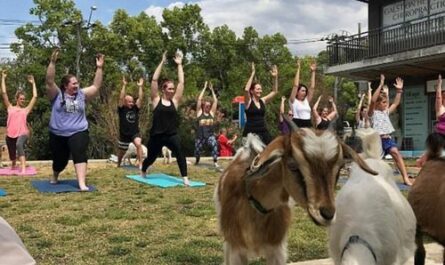 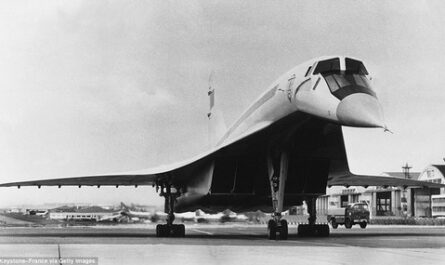 The Soviet predecessor to Concorde which disappeared