By Harry Pettit For Mailonline

The stunning view on top of Mam Tor, a hill in Derbyshire. The 517 metre (1,696 ft) land mass’ name means ‘mother hill’ because frequent landslips on its eastern face have resulted in a multitude of ‘mini-hills’ beneath it

This image shows sand as it is whipped into the air at Bridport West Bay in Dorset. The area is part of the Jurassic Coast, a World Heritage Site, and is a popular spot for tourists and fossil-hunters

© Giordano Battistel
The UK Geological Society has announced the winners of the 2017 Earth Science Week photography competition, ‘Our Restless Earth.’

The 12 stunning images represent the dynamic processes that have shaped the UK and Ireland over its tectonic history, from ancient volcanic activity to ice age glaciers.

The winning images range from limestone erosion at the Gower Peninsula, Wales, to the dramatic landscape of Glencoe – the remains of an ancient super-volcano which was erupting some 420 million years ago.

First place has been awarded to Milena Farajewicz for ‘Three sisters of Glencoe in autumn’, Second place is awarded to Emma Smith for ‘Clifftop bowling overlooking Loch Maree’, and third place to Kevin Privett for ‘Limestone weathering, Gower.’

The 12 images will all feature in a 2018 calendar, with the awards to be presented at a London event to launch Earth Science Week on Monday 9 October.

This is the winning image from this year’s contest, and pictures Glen Coe. The formation of Glen Coe takes us back to the Caledonian Mountain Building period when ancient continents Laurentia, Baltica and Avalonia collided, an intense period of volcanic activity. As the eruption went on, the expelled magma left a void and this resulted in collapse of the volcano

A photograph of the ancient super-volcano at Glencoe in the Scottish Highlands is pictured here. The glen is U-shaped, formed by an ice age glacier, about 7.7 miles (12.5km) long with the floor of the glen being less than 700 metres (0.4 miles) wide

Connemara National Park in County Galway, Ireland, encompasses some 2,957 hectares of rugged quartzite and schist terrain – a coarse-grained metamorphic rock which consists of layers of different minerals and can be split into thin, irregular plates

This image shows natural colours produced in White Scar Caves in Yorkshire. The cave was first opened to the public in 1925, and its name comes from the colour of the steep craggy outcrops of limestone rock that rise above the cave entrance

The ‘Lulworth Crumple’ is the phrase given to a layered effect seen in the limestone at Lulworth Cover in Dorset, England, and is pictured here. The effect is caused by movements in the Earth’s tectonic plates millions of years ago

This photograph shows limestone weathering at the Gower peninsula in the south of Wales near Swansea. Gower has many caves, and in 1956 became the first area in the United Kingdom to be designated an Area of Outstanding Natural Beauty

Laminated sandstones, seen in this image taken on Gullane beach in Scotland, are often formed on a coastal environment, and occur when a small-scale sequence of fine layers – so called ‘laminae’ – form in sedimentary rocks

Assynt is a scenic region in the south-west of Sutherland, Scotland, and is picture din this image. The name may derive from an Old Norse word meaning ‘ridge end’

This image shows a ‘glacial erratic’ above the village of Poolewe, Scotland, looking into Loch Maree in the background. An erratic is a boulder which has been transported and deposited by a glacier, differing in size and type from the bedrook on which it is sitting. Erratics are useful indicators of patterns of former ice flow

This image captures ‘The Amphitheatre’ at Giant’s Causeway, Northern Ireland. It was the country’s first UNESCO World Heritage Site, and is famed for its 40,000 basalt stone columns left by volcanic eruptions 60 million years ago 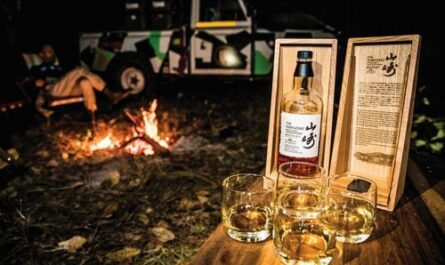 Roman holiday: which hotel to choose?