But the west has been losing traction in Syria over the past two years, and it may be the reaction of Russia and Iran, who have forces on the ground in Syria, that will most concern the Turkish president, Recep Tayyip Erdoğan. Their reaction may also reveal more about the long-term future of Syria’s eight-year civil war. 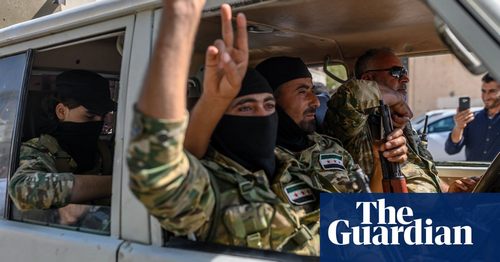 Donald Trump’s decision to give the green light – now seemingly turning amber – for Turkey to enter northern Syria has produced a torrent of criticism from European capitals to Washington Republicans, all pointing out that Ankara’s move will revive Islamic State, cause untold civilian deaths and land the US with an indelible reputation across the Middle East as an unreliable ally.

So far both Tehran and Moscow have urged Erdoğan to show restraint, but they will also see opportunities amid the chaos created by Trump’s impulsiveness.

At its simplest, the Russian president, Vladmir Putin, who is seeking to embed Russia’s influence across the Middle East, will see a chance to exploit what is viewed as Trump’s betrayal of the Kurds, the US’s bloodied battering ram in the fight against Isis. The lesson is clear: when the crunch comes, the US will not have your back, Putin will argue. Riyadh, take note.

But Putin also wants to see an end to the Syrian civil war. With the US leaving the scene, he may try to forge his own “deal of the century” between Erdoğan, the Syrian regime and the Kurds.

The region makes up more than a quarter of the country and is the largest area outside the control of the Syrian president, Bashar al-Assad. It is controlled by the Syrian Democratic Forces (SDF), which comprises militia groups representing a range of ethnicities, though its backbone is Kurdish. Turkey’s president, Recep Tayyip Erdoğan, has announced an invasion of territory with the intention of forcing the SDF out of at least a 20-mile “safe zone” below its border.

How would a Turkish incursion impact on Isis and stability of the wider Middle East?

The SDF has been pleading for international assistance in dealing with these prisoners, who countries including the US, UK and Australia have been reluctant to take back – in some cases cancelling the citizenship of prisoners.

But the Astana process – involving Iran, Turkey and Russia – has haltingly led to the establishment of a now UN-backed Syrian constitutional committee, an idea first proposed by Putin in January 2018. The aim is to write a new constitution for Syria and prepare for elections.

The UN envoy Geir Pederson formally announced the committee on 23 September, claiming it to be the “first concrete political agreement” between the government and opposition groups, which “implies a clear acceptance of the other as an interlocutor”.

The committee is composed of 150 members, split evenly between Assad’s government, the opposition and Syrian civil society. Hadi al-Bahra will lead for the opposition. The group is due to hold its first session at the UN headquarters in Geneva on 30 October.

This process could yet collapse. Individual Kurdish representatives linked to the opposition are part of this committee, but the political representatives of the Syrian Kurdish fighting forces, the YPG, have been left out, an exclusion that has led to protests outside UN offices in Syria’s northern city of Qamishli.

Assad said he was not prepared to see what he regards as separatists from the Kurdistan Workers party (PKK) – linked to the YPG – involved in the talks since he regarded them as a threat to Syria’s territorial integrity.

But the constitution committee is Putin’s brainchild and he will not wish to see it threatened by fighting in north-east Syria. Instead he will see if the Turkish invasion is a chance to engineer an unlikely reconciliation between the Kurds and the Syrian regime.

Some Syrian Kurds, watching the accumulating signs that Trump would leave them in the lurch, have argued that their future security lies in coming to some form of reconciliation with Damascus based on a federal Syria. The commander of the mainly Kurdish Syrian Democratic Forces, Mazlum Kobane, said in the past week: “We are considering a partnership with Syrian president Bashar al-Assad, with the aim of fighting Turkish forces.”

So far Putin has said little as he seeks to square many circles. He phoned Erdoğan to urge him to “consider carefully the situation so as not to damage the overall efforts to resolve the Syrian crisis”.

At the same time, Putin will not wish to offend Erdoğan, or suggest Turkish concerns about Kurdish terrorism inside Turkey, stemming from the Syrian border, are unfounded. He has been trying to woo Turkey away from the Nato orbit and has succeeded in persuading Erdoğan to buy a Russian air defence system.

Putin’s specific proposal, backed by the Iranian president, Hassan Rouhani, is to revive the Adana agreement signed by Syria and Turkey in 1998. It is an idea he has been pushing for three years. In essence, this acknowledges that Turkey has legitimate concerns about the PKK, but the solution is not a Turkish-administered safe zone inside Syria, rather it rests on security guarantees from the Syrian government to control the PKK. Similarly, the way to handle the Syrian refugees inside Turkey is not to forcibly move them into north-east Syria, only to meet a hostile reception, but to end the civil war.

But at the heart of the conundrum is an agreement between the Kurds, Assad and the Turks. If Putin can pull it off, it will indeed be the deal of the century. If he cannot, he may end up in agreement with Trump that the Middle East brings nothing but “sand and death”.

Turkish invasion of Syria could release thousands of Isis fighters