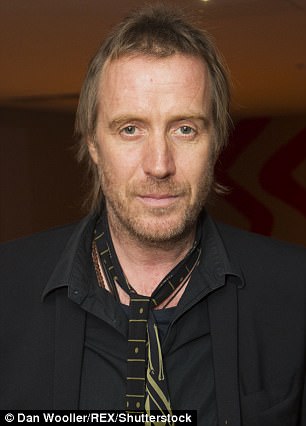 Rhys Ifans, who will King Berenger in Exit The King at the National after a starring turn in A Christmas Carol at the Old Vic

Rhys Ifans is going to be packing a one-two punch on the South Bank. He will lead a new version of Eugene Ionesco’s absurdist play Exit The King, adapted and directed by Patrick Marber, at the National Theatre.

He plays King Berenger who, when we meet him, is on his last legs – not surprising, given that he’s 400 years old.

Geoffrey Rush played the aged monarch on Broadway eight years ago; with Susan Sarandon as one of his royal wives.

The play will go into production next year and will follow Ifans’ run at the Old Vic in A Christmas Carol.

Other shows destined for the National’s three auditoriums in 2018 (and perhaps beyond) include a revival of Rodney Ackland’s Absolute Hell, a raucous study of life after dark in post-war Soho, to be directed by Joe Hill Gibbins. (Judi Dench starred in a 1995 production at the NT directed by Anthony Page.)

Ian Rickson will direct Brian Friel’s Translations and Lyndsey Turner has been developing a musical version of Roald Dahl’s The Witches, featuring a score by James Humphreys, expected to open in time for next Christmas. 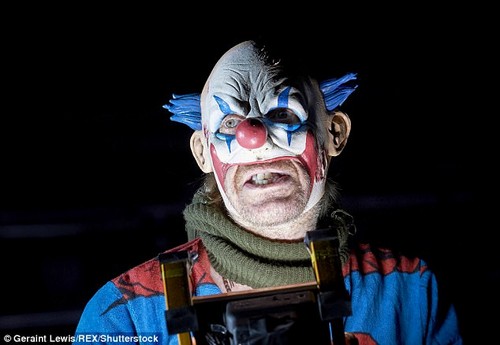 Ifans took to the stage at the Old Vic last year as well, when he played the Fool in King Lear

The American’s plays The Pain And The Itch, Clybourne Park and The Low Road all ran at the Court.

Norris’s new piece (whose name I’ve yet to discover) might prove controversial. It is about a group of paedophiles who reside in a special unit.

When one victim demands an apology, his abuser refuses to accept he has done anything wrong. The play will be a joint production between the National and Chicago’s Steppenwolf Theatre. (Steppenwolf did not want to do it in Chicago until it had been performed elsewhere first.)

‘It’s a very incendiary play and it’s going to offend a lot of people,’ someone who’s read Norris’s playtext predicted.

They sound like the very reasons it should be staged here. The National Theatre doesn’t exist to play it safe.

… And busy Mendes goes for the treble

Sam Mendes will direct a mammoth drama about the creation – and devastation – of investment bank Lehman Brothers.

The Lehman Trilogy, a joint effort between the National and Neal Street Productions, will run on the South Bank next year.

Ben Power, the NT’s deputy artistic director, has translated Stefano Massini’s trilogy, which was staged at the Piccolo Teatro in Milan two years ago.

It starts with a farming merchant from Bavaria, who sails to New York in 1844 and establishes what will become a venerable financial institution – and concludes when titanic infighting causes the fall of the company.

Mendes has already begun the casting process and will certainly put the plays on before he heads to New York – hopefully in the autumn of 2018 – for the Broadway production of Jez Butterworth’s hit The Ferryman, which opened at the Royal Court and continues to play to full capacity at the Gielgud Theatre.

(Each time I’ve been in the vicinity, I’ve spotted a star emerging from the foyer or making their way to the stage door: Nicole Kidman one night; Rupert Grint and Christopher Nolan the next.)

Mendes will be busy, too, with major film work being planned.

Atwood has been writing for half a century, but the phenomenal critical (and ratings) success of the television version of her 1985 dystopian novel The Handmaid’s Tale has made her more celebrated than ever. (She was at the Emmys when the drama took top honours.)

I hope festival audience members get to ask her about Sarah Polley’s six-part Netflix TV adaptation of her 1996 murder mystery Alias Grace. If that takes off, Atwood will be speaking at stadiums next.

The show has generated ticket sales of £15 million so far for the tour that will stretch into next year.

It’s about a group of young women who are fans of a Take That-like boy band. But I had as much fun observing the audience as I did watching the show. One woman said she felt as if she was watching her life go by in two hours.

It doesn’t pretend to be Sondheim – it’s just a joyous piece of entertainment. It should do tremendous business on the road, but I don’t believe its audience will pay the high prices if it were to move into the West End.

Graham contrasts old and new Labour in a traditional mining constituency; and was still shaping and trimming his piece when I caught the first preview on Wednesday night. He told me he wanted to feed in some lines from Jeremy Corbyn’s speech in time for next week’s official first night.

7 thoughts on “Rhys Ifans nabs lead in Exit The King, A Christmas Carol ”