Mueller was warned in a letter from the justice department late on Monday that his testimony on Capitol Hill “must remain within the boundaries” of his investigation report, which was released to the public in April. 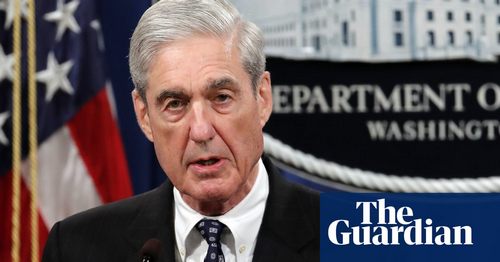 Democrats are urging Robert Mueller, the special counsel who investigated Russia’s interference in the 2016 election, to ignore efforts by the Trump administration to restrict his long-awaited testimony to Congress on Wednesday.

But Jerrold Nadler, the chairman of the House judiciary committee, said on Tuesday that Donald Trump and his attorney general, William Barr, had “repeatedly lied” about Mueller’s findings and that Mueller should feel free to set the record straight.

“He does not have to comply with that letter. He doesn’t work for them. And that letter asks things that are beyond the power of the agency to ask even if he still worked for them,” Nadler told CNN.

Jim Himes, a Connecticut Democrat on the House intelligence committee, said the letter was “not rooted in any law” and should be disregarded. “Mueller can pretty much say anything he wants, other than obviously disclosing classified information,” Himes told CNN on Tuesday.

After months of wrangling, Mueller, a former FBI director and senior justice department official, is finally scheduled to testify before the House judiciary and intelligence committees on Wednesday morning in two separate sessions totalling five hours.

Mueller’s 22-month investigation concluded that Russia conducted a “sweeping and systematic” operation to help Trump beat Hillary Clinton in 2016. It brought criminal charges against 34 people and three companies, many of them Russians.

While members of Trump’s team were sometimes eager to capitalise on Russia’s interference, Mueller did not find there was a wider conspiracy. Six former Trump advisers were prosecuted for crimes uncovered by Mueller’s investigation. Some were charged with lying about their interactions with Russians and others during the campaign, while others were pursued for unrelated financial crimes.

Mueller also found extensive evidence that Trump repeatedly acted to impede his inquiry, by urging advisers not to cooperate with investigators, asking his White House counsel to fire Mueller, and taking several other obstructive measures.

Trump has falsely claimed he was totally exonerated by Mueller’s inquiry. Mueller operated under a justice department policy that sitting presidents may not be criminally charged, and said at a press conference in May: “If we had had confidence that the president clearly did not commit a crime, we would have said so.”

Democrats, hoping to revive public interest in Mueller’s findings months after his report was issued, have been preparing intensively for Wednesday’s hearings and were due on Tuesday to hold a two-hour mock session to try out lines of questioning.

“We want to get these facts out so the American people know what we are dealing with and hear it from Mueller himself,” said Nadler. The committee chairman, who represents part of New York City, said on Sunday Mueller had found “very substantial evidence” that Trump was guilty of impeachable offences.

Republicans have said they will question Mueller on the origins of the investigation into Trump’s campaign. Many have repeated Trump’s claims that Mueller’s inquiry was a political “witch-hunt” that grew out of an improper investigation by the FBI.

Several legal experts agreed that regardless of the letter sent to Mueller, Barr’s justice department was not entitled to limit his testimony on Wednesday on the grounds of executive privilege.

Bradley Moss, a national security attorney, said: “As a matter of law, DoJ cannot mandate Mueller limit his testimony for anything aside from classified information. The courts have made this clear over and over regarding former employees.”

Neal Katyal, who served as acting solicitor general in Barack Obama’s administration, said the letter was “bizarrely adversarial” and that Barr’s officials seemed scared. “Given their prior gross distortions of what Mueller found, hard to give credence here,” said Katyal.